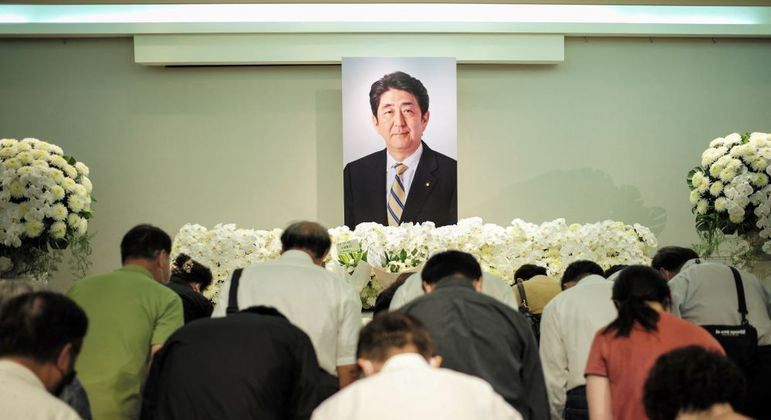 The mother of the man accused of murder Shinzo Abe is a member of the Unification Church, confirmed on Monday (11) the organization also known as the Moon Sect, of which the suspect would have tried to take revenge with the attack on the former Japanese prime minister.

Tetsuya Yamagami, 41, “was angry with a certain organization” and decided to kill Abe because he thought the former premier had a link to her, Japanese police said on Friday.

Japanese media mentioned a religious organization without revealing the name and claimed that Yamagami was angry that the sect received important donations from his mother, which left the family in great financial difficulty.

“The mother of the suspect Tetsuya Yamagami is a member of our organization and has been attending our events once a month,” Tomihiro Tanaka, president of the Unification Church in Japan, said at a brief press conference in Tokyo.

Tanaka did not reveal details of donations from the accused’s mother, claiming that a police investigation is ongoing and with which organization he wishes to “cooperate”.

Tanaka stated that the church is horrified by the “savage” murder and that Abe was “never” a member or adviser.

Abe died after being shot on Friday as he was speaking at a rally in Nara (western Japan) for Sunday’s Japanese Senate elections.

The Unification Church was founded in 1954 in South Korea by Sun Myung Moon (1920-2012). It is mainly present in this country, the United States and Japan.

Officially called the Association of Families for Unification and World Peace, the sect’s teachings are based on the Bible, but with new interpretations.

Previous After 5G, millions of families will have to pay to change satellite dishes
Next “The idea is to close a deal…”; ‘Bomba’ on Alexis Sánchez arrives at Flamengo and Braz is placed ‘against the wall’ to respond