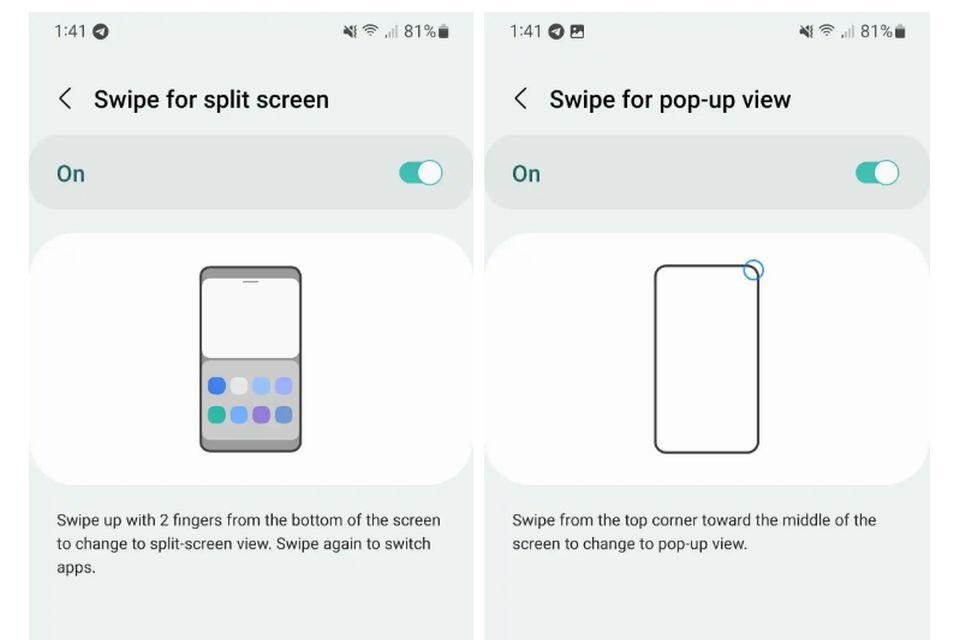 One UI 5.0: see design and new functions of Samsung’s interface

Getting closer and closer to winning its first public beta, the One UI 5.0 had details leaked on Friday (8). based on Android 13the next generation of Samsung Galaxy devices interface will bring revamped screens, increased speed and some new features.

According to 9to5Google, who had early access to the software, one of the changes is in the notifications screens. They get bigger icons and a different background opacity compared to the current one. One UI 4.

Another change from the latest version of the interface appears in the permissions pop-up menu. Now, dialog boxes appear in the middle of the screen, instead of using the bottom, and have the same default look adopted in Android.

The device’s security and privacy center will also see changes in Samsung One UI 5.0, going on to list all the features related to these areas, such as user accounts connected to the device, screen lock options, app protection and updates, among others. The “About Phone” tool displays the cell phone image.

Scheduled to debut in July, the first public beta of the new version of Samsung’s interface also adds the feature of text recognition in images (OCR) in the Gallery app and on the phone’s keyboard. With the novelty, the user will be able to copy detected texts in photos and share them with ease.

OCR function will be added to gallery and keyboard in One UI 5.0.Source: 9to5Google/Reproduction

There are also two new gesture options in the Labs section, a two-finger swipe for split-screen multitasking and a swipe from the corner to create a pop-up window. Improvements are also present in the Notes app, which will allow you to share drafts with up to 100 users and view edits in real time.

Open apps identified in the smartphone’s quick settings and the ultra-wideband (UWB) toggle in the “Connections” section of the “Settings” menu are other attractions. It is worth noting that more news may be present as soon as the One UI 5.0 beta is released to testers.

Previous Palmeiras sends document and is excited about the sale of Borja to River Plate
Next ‘The King Woman’, with Viola Davis, gets its first trailer; watch