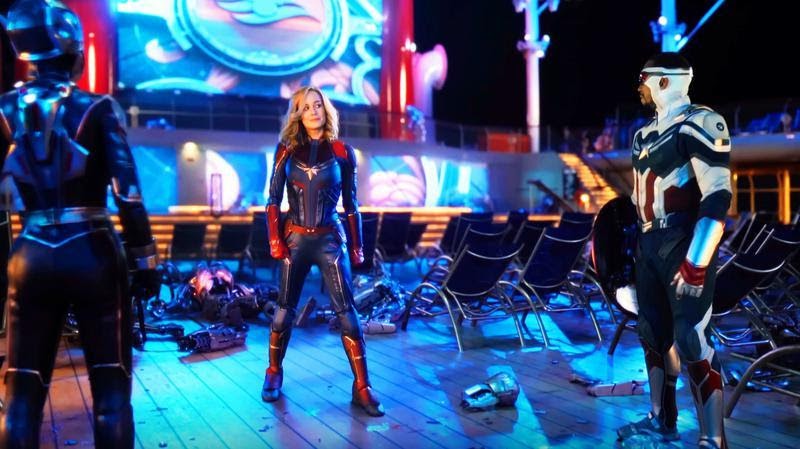 You may have already seen clips of a mini-movie bringing together an unusual team of Avengers aboard a ship. This is the latest production from Marvel Studios for the cruise tour “Avengers: Quantum Encounter”, which during one night presents this new video that brings together Ant-Man and the Wasp (Evangeline Lilly) with Captain Marvel (Brie Larson), Miss Marvel (Iman Vellani) and Captain America (Anthony Mackie). ) against Ultron (Ross Marquand) aboard the Disney Wish cruise ship. To talk more about this production considered “non-canon”, here is the creative director of Walt Disney Imagineering, Danny Handke, in a conversation with Fandom and The Direct: 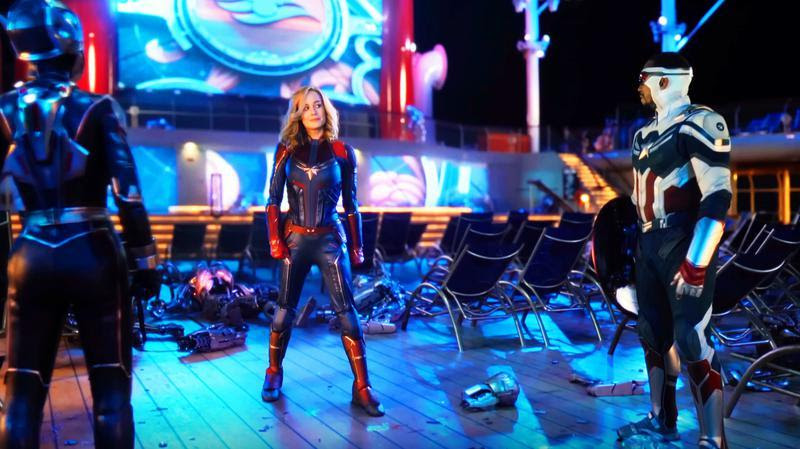 “When it came to choosing which Avengers, as part of the final show, we always had Captain Marvel. We started working on that in 2018; it was the newest movie at the time. And her powers at night on top of the ship’s deck – which makes a really cool battle arena – her flying and her binary powers made a lot of sense and would be a lot of fun. So she was always someone we wanted to use.” said the director.

“We did it while the pandemic was happening and in 2021. So we had to chase productions around the world and shoot everything separately; and then my crew and I had to put it all together. So we shot Iman. [Vellani] and Brie in London at the start of production on The Marvels. We filmed Paul [Rudd] and Evangeline [Lilly] while they were preparing the production of Quantumania, and then Anthony [Mackie] we filmed in Los Angeles. He was here for the opening of the Avengers Campus. He stayed another day to film with us.”

“We had a bunch of different characters chosen that changed over time. I saw early on a version of Sam Wilson as Captain America in his costume and it looked amazing. And I thought he has a connection to Ant-Man with Tic- Tac in the movie, and you’ve got Captain America as the new leader, right? So that would be awesome, so we brought in Sam Wilson. Ms. Marvel was a very late addition. There was a version where it was Spider-Man for a longer time like the young character who is super excited to be here and has never been on a cruise ship before.” said Danny.

“And when I saw the first footage of Ms Marvel and Iman, and she’s a huge fan of the Avengers and a fan of Captain Marvel, it made perfect sense and to have her sort of team up with Captain America and see that dynamic of him being serious and being a leader and her having fun just being there. 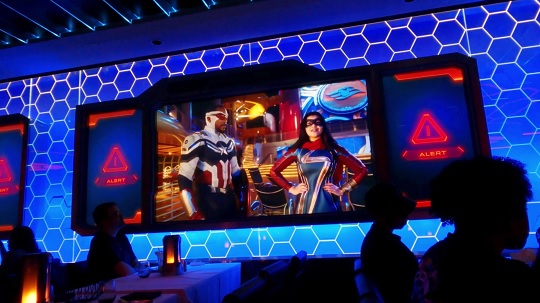 While the team is largely made up of new characters or those taking on new mantles, The Direct found that the FRIDAY AI, voiced by Kerry Condon, is part of the experience and “is, of course, the glue to speak directly.” with the public”. Still, FRIDAY wasn’t the only influence Iron Man had on this show or the restaurant itself. Handke explained that the Imagineers referred to the cutting-edge, modern design of Worlds of Marvel as “‘Stark-iteture’:

“When we started to establish ourselves in this space as a tech showcase, Iron Man was in it for a long time. We call it Stark architecture or Stark-iteture. It’s the Stark look. It’s the metal, it’s the glass, it’s the hexadecimal pattern that you see everywhere in Marvel productions. It kind of brings out a specific look that when you walk in here, it evokes Tony’s Malibu house or the Avengers Complex or Avengers Tower. design of it.”

As for who else Disney Imagineering considered for Quantum Encounter during development, Handke said “We look at a team of Iron Man and Spider-Man. Iron Man, Captain Marvel, Spider-Man. Is it Hydra? Is it Ultron? We went through a lot of iterations. Maria Hill was in the mix at one point. My concept designer drew this cool image of an airship above the cruise ship. That’s kind of a cool look. So it became Falcon, and Falcon became Captain America. That’s even better.

And, as Handke explained, “What’s amazing is that at the end, when we had our final script and pre-vis, the talent we wanted to use was willing to sign up and play with us.” 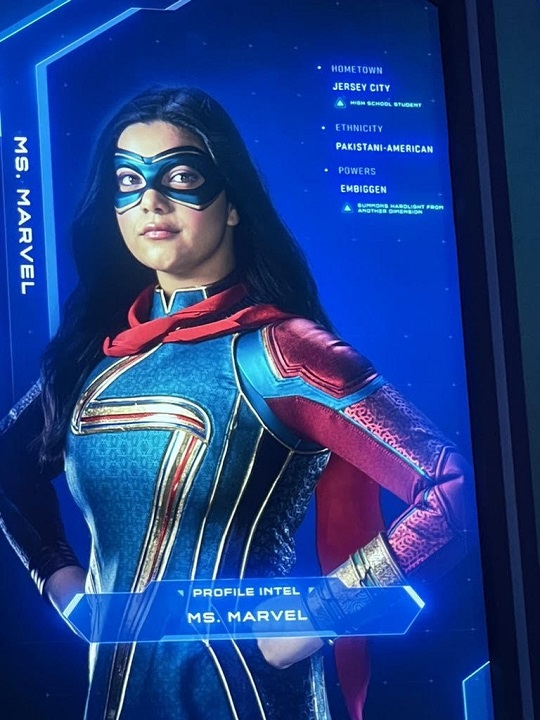 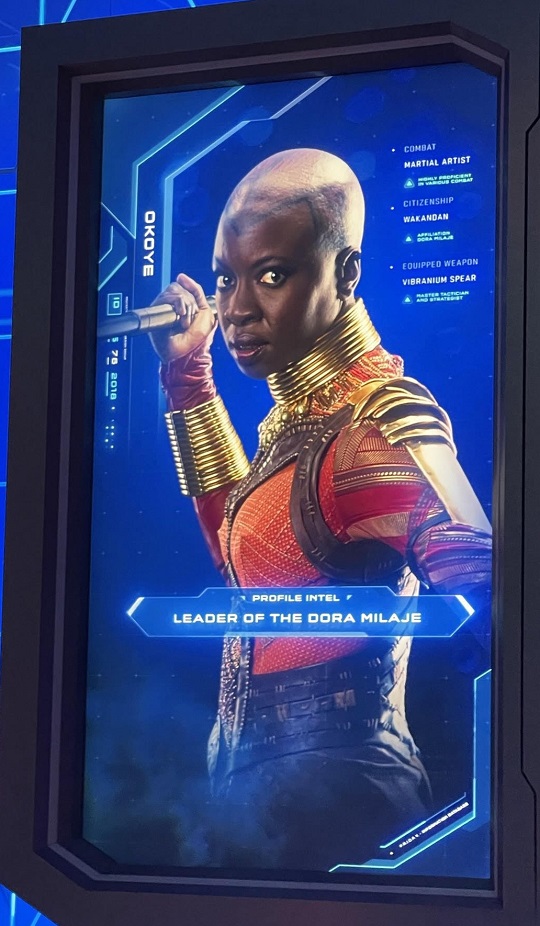 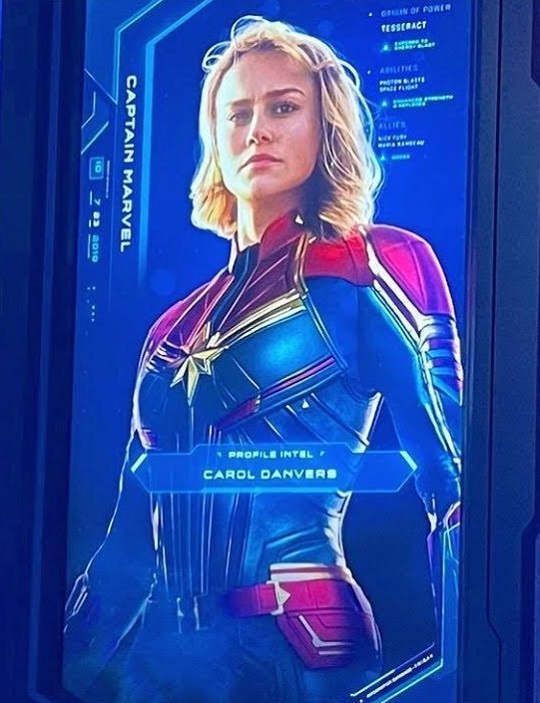 One of the things that most caught the attention of the video was the fact that Marvel played with an Avengers: Endgame fan theory about Ant-Man (Paul Rudd) and Thanos (Josh Brolin). In 2018, a fan theory-turned-meme dubbed the “Theory of Thanus”. In the video, it all starts like this:

“Let me talk about the elephant in the room. There’s a lot of talk going around asking why I didn’t cower, go in and uh…kill Thanos in a really creative way,” Rudd’s Scott Lang said in the video. “First of all: disgusting. Second, it’s a lot more complicated than that. Allow me to explain…”. Before he can respond, Hope van Dyne of Lilly interjects, “If only we had time!”

About this dialogue, Danny Handke told Fandom that “In [Walt Disney] Imagineering, we write the scripts for our show, and then Marvel brings in a writer to help us improve and polish the dialogue. And so it was with Michael Waldron.”[O presidente da Marvel Studios] Kevin [Feige] brought in Michael to help us improve our script, and he added that joke.”

Handke explained, “As this is one of Scott Lang’s first speeches, he’s kind of awkward at the beginning of the show. He’s never spoken like an Avenger to a live audience before. And then [Waldron] put this joke in there because this nervousness kind of comes across as [Scott] trying to explain, ‘Okay, okay, let’s get down to business. Let’s clear this up. Yes, everyone thinks about it. Is not true.'”

Although the joke about the “Theory of Thanus” was scripted by Waldron, it was adjusted by Rudd, who reprises his role on the big screen in Ant-Man and the Wasp: Quantumania.

“Paul said, ‘Oh yeah, I know about the meme.’ He did it his way, because he’s an improvisational genius,” said Handke. “His delivery is right. I’m so glad this has become what everyone is talking about. I didn’t expect this!” 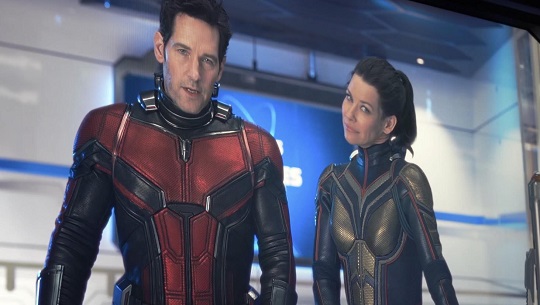 The Direct asked about the mini-film’s history in relation to canon, which was immediately clarified by the director.”We’re kind of in our own theme park universe, and the Multiverse concept is great because we’re a variant of the line. of the main MCU timeline, so it helps everyone understand that. Canon is the official canon that we see on screen and our park universe mirrors that, but our stories go in different directions, mainly because we, as an audience, are protagonists.”

This separate timeline or universe is something Guardians of the Galaxy director James Gunn has also referenced in the past. When asked where the story of Walt Disney World’s Guardians of the Galaxy: Cosmic Rewind takes place within the MCU timeline, just like Handke, Gunn confirmed that the attraction is in “its own universe”. That’s why Adult Groot is a part of Cosmic Rewind, and why on Disneyland’s Avengers Campus, Black Widow and Iron Man are still alive, there are two Captain Americas, and Moon Knight can share a similar space as Loki. and Black Panther.

As for the role guests play in Worlds of Marvel’s Quantum Encounter, Handke explains that “We’re here, we’re eating, we’re demonstrating quantum technology and then the action unfolds around us and becomes closer and closer to our door as that Ultron becomes a growing threat and we help save the day. We are heroes in our own story in that way. The Avengers are speaking directly to us, like our other theme park attractions. That’s what makes it different compared to watching to a movie or TV series. Where you’re watching the action happen to these characters, it’s happening to us. So that’s what makes the theme park universe a little different.”

But just like the MCU, Disney’s theme park timeline makes nods to things happening elsewhere and parks with “Nods to WEB and Spider-Bots and the upcoming Avengers Campus in Paris. Captain Marvel makes a reference to what’s going on in this storyline – the new roller coaster that opens in July there. It’s cool because we’ve talked to other teams at Imagineering and worked together and found where they’re going with their stories to make those connection points.” 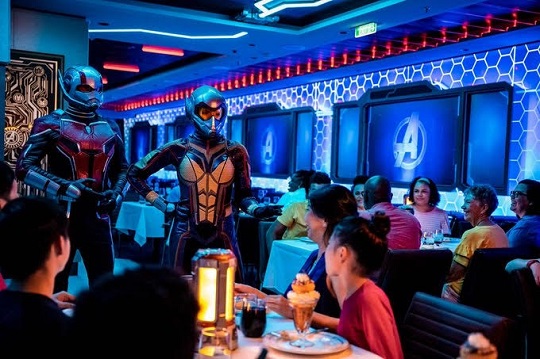 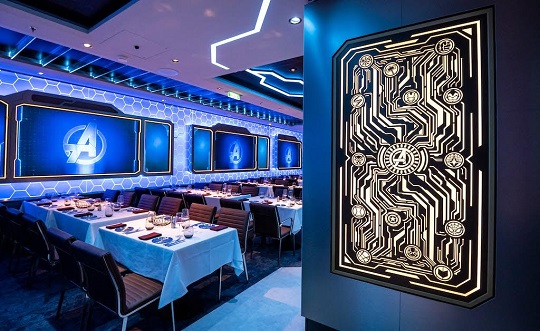 Not only has the Multiverse created new storytelling opportunities for the MCU, it also allows Disney’s timeline of Marvel stories to exist adjacent to actual canon. After all, given the events of Loki and Doctor Strange in the Multiverse of Madness, it makes perfect sense that there is a timeline where all of the Avengers still exist and want to educate the public.

In addition, the encounter will have changes and updates over time. Just as Ms Marvel was added late in the restaurant’s planning stages, Disney also revealed that Quantum Encounter is designed to evolve as the MCU evolves. That way, fans will be able to see the newest characters from the Marvel Cinematic Universe and become heroes alongside them in this specially created timeline.

Previous Tourist films and is hit by avalanche of snow on mountain; video
Next ‘I’m a chemical dependent just like those in Cracolândia’, comments Walter Casagrande 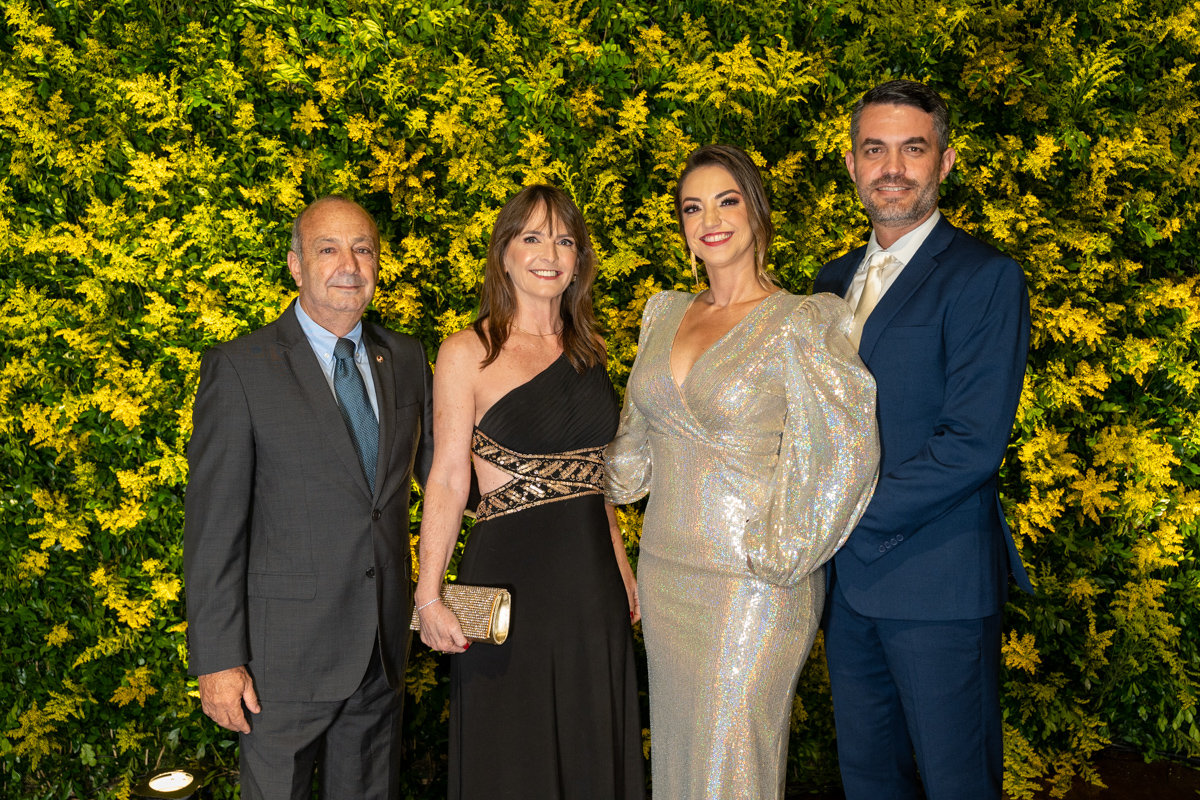