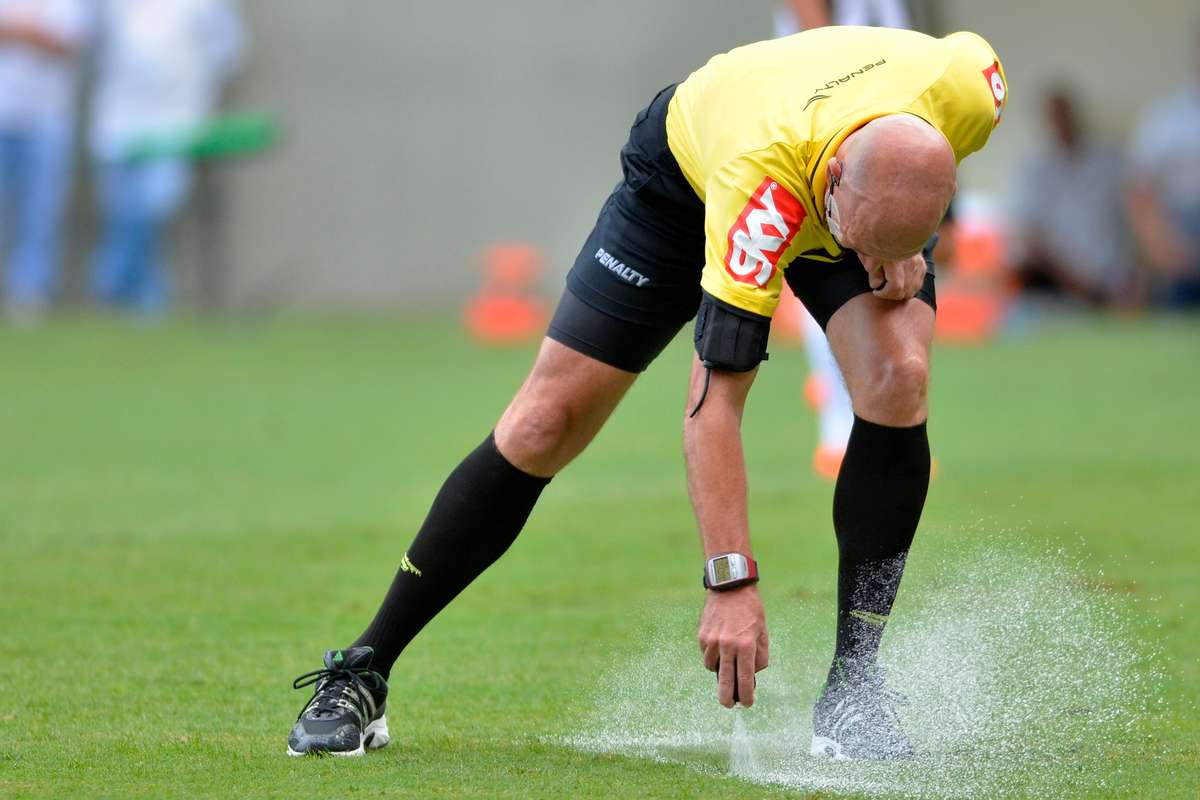 The National Association of Football Referees (Anaf) will hold an assembly in the next few days to propose the suspension of the Brazilian Championship. The possible strike of football judges in the country would be motivated by the lack of transfer of funds from the Brazilian Football Confederation (CBF) to Anaf, as the association’s president, Salmo Valentim, reported on social media this Monday (11).

I inform you that we will hold an assembly and propose to the referees that they STOP THE BRAZILIAN CHAMPIONSHIP. The reason: the president of the CBF cut the transfer that the category is entitled to from the millions that the entity receives from the sponsorships that are displayed on the arbitration uniforms.

According to Valentim, since March 2022, the CBF stopped paying Anaf the share of the money received by the confederation with sponsorships that stamp the referees’ uniforms in the Brasileirão matches.

According to the president of the association, monthly, Anaf was receiving R$ 30 thousand of the 10 million raised by the CBF with sponsorship of the shirts of the judges of the matches. The resource, according to Anaf, is used for injury insurance, as well as ground transportation and medical and legal assistance for referees during games.

The date of the referees’ assembly has not yet been defined, but it should happen soon as all state associations have already been informed of the meeting to discuss the stoppage of judges in the Brazilian.

Until the publication of this article, the CBF had not commented on the complaint made by Anaf and the threat of a strike by the referees of the Brazilian Championship. If the stoppage is confirmed, it could affect other divisions besides Serie A.

See the statement issued by Anaf and signed by President Salmo Valentim:

“ANAF will propose to the referees the STOP OF THE BRAZILIAN CHAMPIONSHIP!

Since taking office as president of the CBF, Ednaldo Rodrigues has done the category a disservice. He cut the sponsorship that the referees received from the exposure of brands on their uniforms and seeks at all times to weaken their class entity, as he did when he was president of the Bahia Football Federation, with the local union.

Faced with this scenario, there is no other alternative: as an elected representative of the category, I will meet with some referees from FIFA, and also from the CBF, in addition to being with union presidents throughout the country that work in our segment and we will propose a GENERAL STRIKE so that the president of the CBF comes to understand that respect is an essential condition for the referee to be able to carry out his work with nobility on the field of play!

We’ve been trying to get in touch for six months, but he runs away! He treats people with indifference and indifference. He doesn’t have the attitude to be in the position he holds. And now he will see the strength that Brazilian arbitration has. He became president of the CBF by entering through the back door, creating political disaffection and promising things he failed to deliver. Therefore, even private security guards had to be hired, something that throughout history I do not remember having happened to a president of the CBF.

Meanwhile, Brazilian arbitration remains scrapped, without effective investments that can bring it to the level it deserves. Therefore, I will strive so that we can, together, SHUT DOWN THE BRAZILIAN CHAMPIONSHIP in protest to the president who wants to end the category in Brazil.

Previous Love and Thunder” along with Guardians of the Galaxy?
Next Meizu mblu 10s released with iPhone 13 design, Unisoc chip and 48 MP triple camera