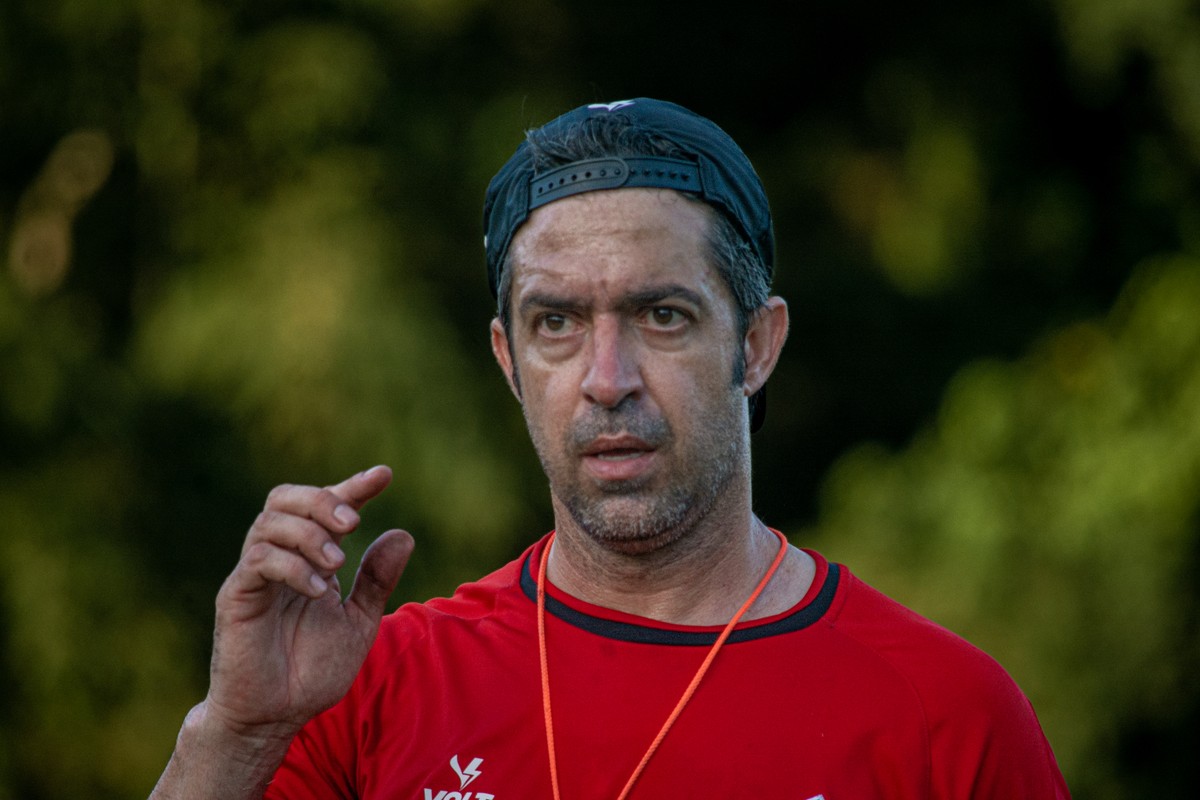 Still undefeated and glued to the G-8, João Burse maintains a cautious speech at Vitória: “Game by game” | victory

Vitória won the second in a row in the C Series by beating São José-RS by 2 to 1, at the Francisco Novelleto Neto stadium, in Porto Alegre. At the press conference after this Sunday’s game, valid for the 14th round of the national competition, coach João Burse showed caution and focus on the week’s work.

“We are going to celebrate this victory and we have a week of work, dedication and we will go game by game”, said the red-black commander.

João Burse landed at Toca do Leão three rounds ago and still doesn’t know what it’s like to lose. He debuted with a draw away from home against Altos, and then achieved consecutive triumphs against Figueirense and São José-RS.

The undefeated streak brought Vitória closer to the G-8. Although the club remains in the 13th position of the table, the distance to eighth place is now just two points. But even in the face of the new reality, the coach kept his speech cautious at the press conference.

In evaluating the match, Burse said he knew it would be a difficult game. Until this Sunday, São José-RS was undefeated playing on the synthetic lawn of the Francisco Novelleto Neto stadium.

– A difficult game. We knew that with the synthetic field the game would be faster and their team is used to this type of turf. It fluctuated a lot, at some point we were better, at some point they also grew in the game. But we knew how to score goals at the right time. Be solid, be calm, even having taken the draw – said Burse.

Vitória has a new commitment for Serie C of the Brazilian Championship next Sunday. Rubro-Negro hosts Paysandu, in Barradão, in a match valid for the 15th round of the national competition. The game starts at 16:00 (Brasília time).

Check out other excerpts from João Burse’s press conference:

second win in a row
– We know it was going to be a difficult game, as it was. It really is another speed, their team is used to it, they were undefeated here playing on this field and we were able to withstand it. Of course it fluctuated, there are things to adjust, but the most important thing was the victory. We have one more week of work, of adjustments, for us to concentrate on what we have to evolve, to continue our journey.

What to do not to happen like the match against Volta Redonda
– We have to forget what has passed and focus on what we are building now. We are working a lot, these athletes are dedicating themselves a lot and now it’s a total focus on the work week. Rest tomorrow and on Tuesday we return again for the construction of a great week.

Invitation to the crowd
– We will have a great week of work and we count on the support of our fans in our stadium supporting us. On our part, there will be a lot of dedication and dedication for us to make a great game.

Previous Brazilian companies adopt a 4-day week and report having more well-being and efficiency – Época Negócios
Next They spent a fortune on monkey and cat NFTs. Did they regret it? – Link