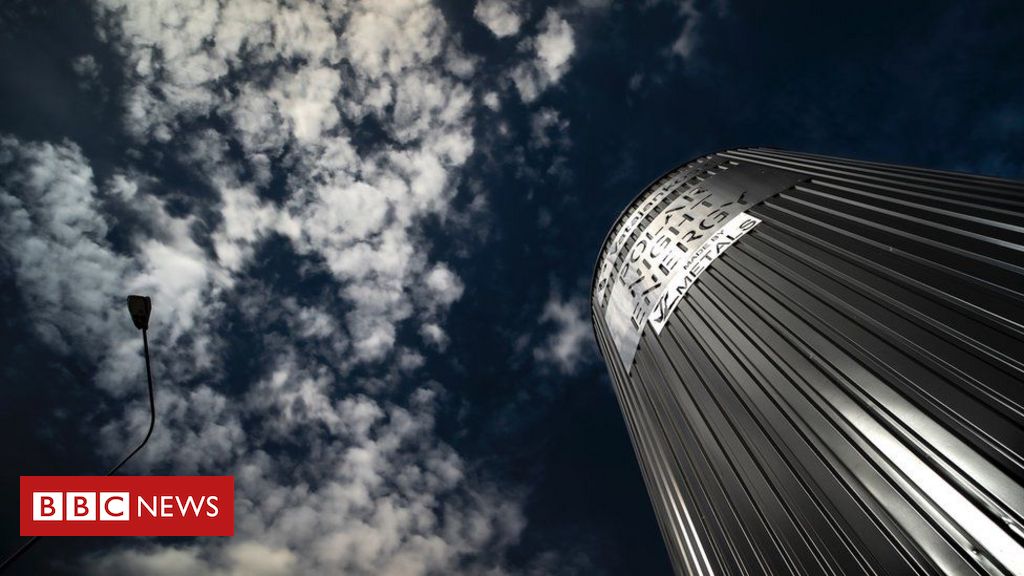 Scientists point out that the new battery can solve one of the great problems of renewable energy: ensuring continuous supply throughout the year.

The device uses low quality sand, which is heated by solar or wind energy.

The sand stores heat at a temperature of 500°C, which can be used to heat homes in winter, when energy is more expensive.

Finland imports most of the gas it consumes from Russia. And the war in Ukraine has intensified interest in viable alternatives.

The country has the longest border with Russia compared to any European nation. The government of Vladimir Putin recently suspended the supply of gas and electricity to the Nordic country due to its application to join NATO (North Atlantic Treaty Organization).

Politicians and citizens of Finland are concerned about possible shortages of energy, light and heat, especially during the long and cold winter.

But in the west of the country, a small power plant is using a new system that could help alleviate that concern.

The key element of this technology? About 100 tons of the type of sand used in civil construction, piled up in a silo.

These grains of sand can be a simple, inexpensive way to store energy for when you need it most.

The biggest problem is flashing, ie how to keep the lights on when the sun isn’t shining or there’s not enough wind.

Connecting more renewable resources also requires adding other energy sources to balance the electrical grid, as too little or too much power can cause some breakdown.

The most obvious answer would be to use large-scale batteries that store and balance energy as the grid becomes more renewable.

But today most batteries are made with lithium, take up considerable space, are expensive, and can only handle a limited amount of additional power.

Hence the interest in solutions such as those in Kankaanpää, a city where a team of young Finnish engineers completed the installation of the first commercial sand battery system.

“When there’s a big increase in renewable electricity, we try to store it very quickly,” said Markku Ylönen, one of the two founders of the company Polar Night Energy, which developed the sand battery.

The new project was installed at the Vatajankoski Generating Plant, which supplies electricity to the region.

Low-cost electricity is used to heat the sand to a temperature of up to 500°C (the same process used in electric heaters).

A stream of hot air circulates in the sand, which loses heat very slowly – a very effective means of storing it.

Engineers claim the battery can keep the sand at around 500°C for months.

When energy prices rise, the battery can release hot air to heat water in the district heating system, which in turn heats homes, offices and even swimming pools.

The sand battery project was initially tested at a pulp mill in the city of Tampere. Local authorities donated the physical space and funded the idea.

“If we have power plants that only run for a few hours in winter, when it’s colder, that would be extremely expensive,” says Elina Seppänen, an energy and climate specialist in Tampere.

“However, if we have solutions that offer flexibility in the use and storage of heat, I think that will help a lot in terms of cost.”

One of the biggest challenges now will be scaling this technology and using it to get high volume electricity and heat.

The system’s efficiency drops dramatically when it is used to supply electricity to the region’s electrical grid.

However, storing energy in the form of heat can also be an opportunity for the industrial sector, where the heat used in the production of food, beverages, textiles or medicines comes from the burning of fossil fuels.

Other research groups, such as the US National Renewable Energy Laboratory, are also studying the use of sand batteries.

But Finland is the first country with a well-functioning trading and operating system, according to the man who bet on the technology.

“It’s very simple, but we like the idea of ​​trying something new, of being the first in the world to do it,” said Pekka Passi, director of the Vatajankoski plant.

“It sounds a little crazy, but I think it’s going to be a hit.”

Previous Without Figueiredo against Sampaio Corrêa, Erick aims for a sequence at Vasco | vasco
Next Futures Ibovespa drops more than 1%, with caution on US inflation; euro is at par with the dollar