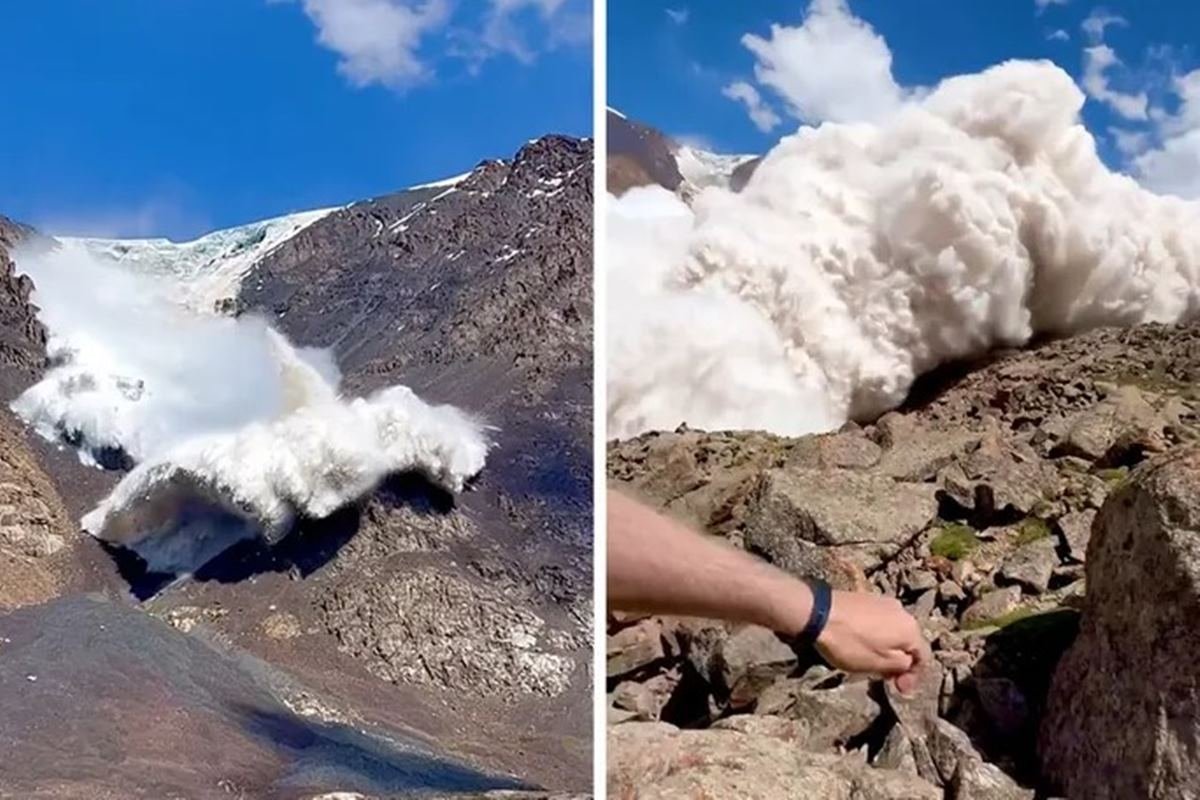 Tourist films and is hit by avalanche of snow on mountain; video

A tourist hiking up a mountain in Kyrgyzstan, Central Asia, was hit by an avalanche of snow this Friday (7/8). According to a report on social media, Harry Shimmin was part of a group of eight people walking through the Tian Shan mountain range.

The man had moved away from the others to record photos and videos of the landscape, when he caught, with his cell phone camera, an avalanche coming down the mountain. He continued filming the natural event when he was hit by it.

😨 Tourist films and is hit by avalanche of snow on mountain

Episode took place this Friday (8/7) in the Tian Shan mountain range in Kyrgyzstan.

Video shared on the tourist’s Instagram showed the moment of impact. “I had been there for a few minutes, so I knew there was a place for shelter right next to me. I was on the edge of a cliff, so I managed to protect myself.”

“I am very aware that I took a great risk. I felt in control, but regardless, when the snow started to fall and it got dark and hard to breathe, I was stuck and thought I might die.”

The man claimed to have left the place with his body full of dust. “When I joined them [o grupo], I could see that everyone was safe, although one had cut her knee (she rode one of the horses to the nearest medical center). Another fell off a horse and suffered some light bruising,” she concluded.