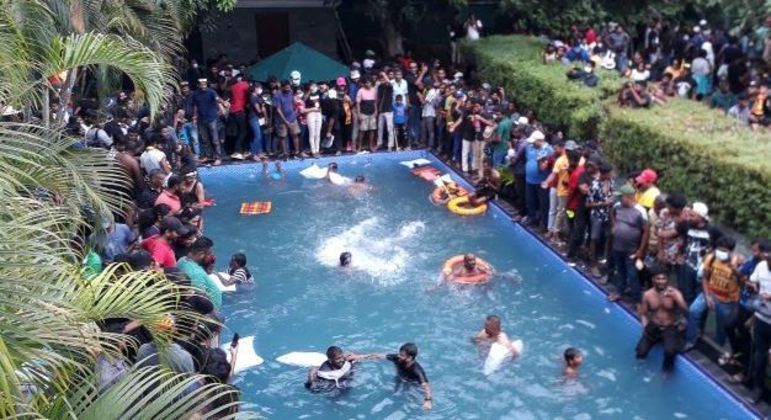 Understand the origin of the political storm in Sri Lanka – News

The economic crisis that has affected Sri Lanka for a few months has sparked a movement of protest unprecedented since the island’s independence in 1948, and culminated last Saturday (9) with the invasion of the official residence and the president’s promise of resignation. Gotabaya Rajapaksa.

Who are the Rajapaksa brothers?

President since 2019, Gotabaya Rajapaksa, 73, has been a member of the clan that has ruled Sri Lankan political life for several decades.

The clan’s leader, his 76-year-old brother Mahinda, was the country’s president from 2005 to 2015 — a decade in which the country’s debt to China swelled with pharaonic infrastructure projects and suspicions of corruption.

Mahinda has the respect of the ethnic Sinhalese majority, having defeated the Tamil Tiger guerrillas in 2009, ending 37 years of civil war. His brother, nicknamed “Terminator”, a reference to the movie “The Terminator”, was his right-hand man, secretary of the Ministry of Defense and was in charge of the Armed Forces and the police.

When his turn came to power, Gotabaya appointed his brother as prime minister, but Mahinda was forced to step down in May after violent clashes between security forces and protesters left nine dead.

What is the origin of the economic crisis?

The vital tourism sector was doubly affected by the April 2019 extremist attacks on hotels and churches, which left 279 dead, including 45 foreigners, and the coronavirus pandemic.

In addition, after his arrival at the presidency, Gotabaya promoted significant tax cuts that drained the public coffers, which left the country without foreign exchange to import from food to fuel.

Despite receiving aid from India and other countries in April 2022, the country is unable to repay its external debt.

How is the population?

The island’s 22 million inhabitants have been facing shortages of food, medicine, electricity cuts and lack of fuel for several months.

And the rampant inflation, 55% in June, makes the few affordable products exorbitantly priced.

The UN has already warned that the country is at risk of suffering a serious humanitarian crisis and 75% of the population does not eat enough.

And the political situation?

After months of protests, protesters stormed the presidential palace on July 9. The president was forced to flee and announced his intention to step down next week.

Parliament will then have a month to choose a successor, but the Speaker of the House has promised that the decision will be announced by the end of the week.

The promise will be difficult to fulfill, because at the moment no parliamentarian seems to have enough support to take the position.

“We are heading into a period of dangerous uncertainty,” a deputy from the Tamil minority, Dharmalingam Sithadthan, told AFP.

“Gotabaya would have had to resign immediately to avoid a power vacuum,” he added.