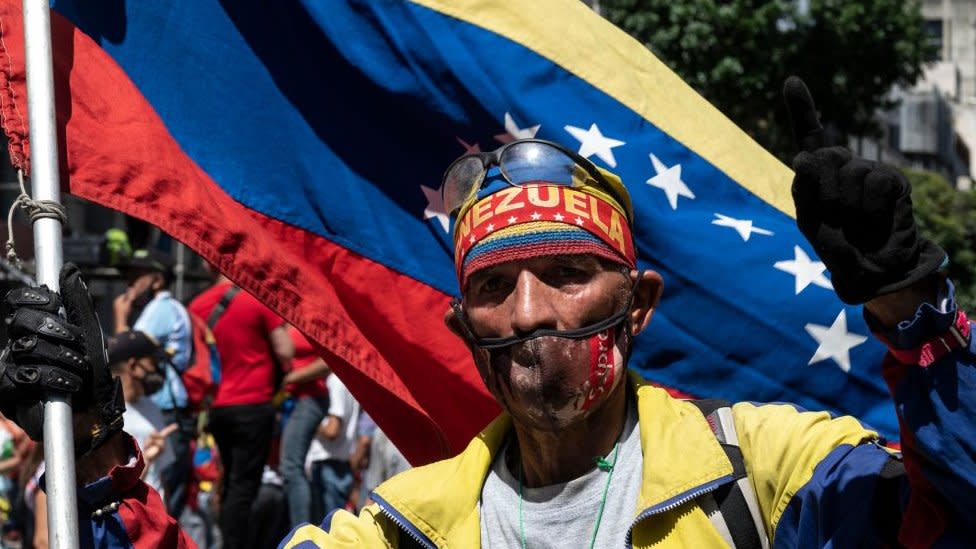 Why Venezuelans are returning to the country after historic exodus

In 2016, when Venezuela’s economy was down 18.6%, and inflation was breaking all records, reaching close to 800%, Fátima Camacho was one of the millions of Venezuelans who packed up their lives and went abroad.

At that time, hunger, unemployment, the high cost of living and the low minimum wage, which was insufficient to pay even a basic food basket, pushed many to seek a better life in other countries in South America and the world.

Although many of these problems remain for the vast majority, last April Camacho, 31, decided it was time to return to his country.

She repacked everything she had and took the road that had taken her to Peru six years earlier.

But this time, she moved with her three-year-old son to Maturín, in eastern Venezuela.

“The isolation we live in Lima has affected my son a lot. We had to take him for various therapies. Culturally, we were also never able to adapt to Peru”, explains the young woman in an interview with BBC News Mundo, the Spanish-language news service. from the BBC.

“Also, I’ve heard that the economy has improved a bit and I wanted to spend more time with my family. I want my son to enjoy being in contact with them,” he added.

Camacho is part of a new phenomenon that is becoming increasingly visible in all Venezuelan cities: the return of emigrants who had left Venezuela to live, for the most part, in other South American countries.

Despite Camacho’s family saying that the situation is “more stable”, she was cautious: “I left my husband in Lima. We didn’t risk the two of them, because we weren’t sure things were going well.”

The serious economic crisis that has affected Venezuela since 2013, which has led more than 6 million Venezuelans to leave the country, seems to have reached a limit, according to experts.

In fact, the Venezuelan economy has been showing some signs of recovery for a few months now.

In addition, oil production, the country’s main source of wealth, began to increase at the end of last year, after reaching an all-time low in 2020, when it dropped to 434,000 barrels a day.

In December last year, Venezuela produced 718,000 barrels a day and, since then, production has remained just below 700,000 barrels.

While this amount is still very small for a country that produced more than 3 million barrels a day in 1998, and which has the largest crude oil reserves in the world, it has almost doubled compared to the historic drop in 2020.

The Economic Commission for Latin America (ECLAC) predicts that this year Venezuela will be one of the countries that will grow the most in the region, with an estimated growth of 5% in the Gross Domestic Product (GDP). The International Monetary Fund, on the other hand, predicts Venezuela’s more modest growth: 1.5%.

He believes that the sanctions imposed by the United States and the isolation of the government forced President Nicolás Maduro to accept an economic opening.

“The government’s pressure and loss of control over the economy forced it to allow a de facto dollarization of the economy and also led to processes of price opening and less hostility towards the private sector,” says León, who is also president of Datanálisis consultancy.

“The economy is still small, but it’s in better shape than it was two years ago.”

Calculating the precise number of people returning is nearly impossible because the Venezuelan government does not publish statistics on migration — and it did not respond to requests for information and comments made by BBC News Mundo.

But since his return to Venezuela two months ago, Camacho says he has witnessed an “economic movement” that he did not see when he decided to leave and that has spurred the return of other compatriots.

“There are a lot of people coming back. I came along the road and I came across people who sacrificed and saved to be able to return to Venezuela. There are also people leaving the country, but less than in other years”, he evaluates.

“The improvement is evident. You see that people are investing in businesses, you see more street maintenance.”

Camacho hopes that growth will be “lasting” so that his country can “really improve”.

Venezuela reached the peak of the exodus in 2018, registering a net migration rate — those who leave less than those who return — of around 1,850,000 people, according to data from Datanálisis.

“Venezuela continues to lose people. There are still more people leaving the country than returning, but the departures have dropped drastically, and now there are more and more people returning”, confirms Luis Vicente León.

‘For many, it makes no sense to live abroad’

According to the economist, most return from other Latin American countries.

“Venezuela went through three major waves of migration. First, the elite left. Then came the professionals who did not see a good future for their careers. And then, more recently, there was the most numerous wave, composed mainly of a poorer population, with less schooling and who migrated to neighboring countries, mostly by land”, he highlights.

“The last to emigrate are also being the first to return.”

León explains that the reason is simply the fact that they are geographically closer and can return by land. In addition, he claims that wage differences for unskilled labor between Venezuela and neighboring countries are now smaller.

Xenophobia was precisely one of the reasons that led Fátima Camacho to return to her country.

“When we arrived, although we didn’t have many resources, there was no xenophobia. People were open and kind. But in the last year I spent in Peru, I noticed a lot of difference”, he reports.

“When they realized you were Venezuelan, they stopped treating you well. Banks impose a thousand obstacles on a Venezuelan to open an account. Everything is more complicated if you are Venezuelan.”

Camacho says that at first he didn’t bother much and tried to ignore it, until he realized that his three-year-old son was starting to be affected.

“There were cases of xenophobia at school. Our Venezuelan friends who had children told us about things that happened to their children, despite being born in Peru”, says Camacho.

“But since the parents of these children were Venezuelans, they were treated differently. And no parent wants their child to be excluded.”

In May, the Venezuelan government announced that it had repatriated 264 Venezuelans who were in Peru, through the government’s “Plan back to the homeland” program, which took effect in 2018 to facilitate the return of emigrants.

According to the government, since the program was created in 2018, around 30,000 Venezuelans from 20 countries have returned to the country.

Since November 2021, it is also possible to see a change in the migratory flow in Argentina. According to data compiled by the Argentine newspaper El Clarín, around 1,000 Venezuelans have left Argentina every month since then — and most of them return to their country of origin.

Like many of those who returned, Camacho wants to start life over in Venezuela with her own business: she sells elastic and ergonomic baby slings that she makes on the internet.

“It is a product that is not very popular in Venezuela, but it is very practical. Sales are slow, but I’m just getting started”, he reveals.

“I’ve already sold some. I’ve received a lot of affection, and people like it. But the Venezuelan is now more cautious when it comes to investing in something.”

Many of those who returned also opened small restaurants or bought cars to work as taxi drivers. Others simply returned to the work they did before leaving abroad.

Everyone dreams that the country can go back to “the way it was before”. But most are aware that radical change will not happen overnight.

According to estimates, the economy would have to grow 10% a year for nearly two decades to regain the size it was in 1997, the year before former President Hugo Chávez came to power.

Luis Vicente León emphasizes that Venezuela today is not a single country, but several.

Despite the economic limitations that persist in Venezuela, Fátima maintains a positive attitude and asks her compatriots who intend to return to the country to come with the purpose of moving forward and working.

She considers that those who have returned now have a duty to “undertake and motivate” their compatriots to make the country grow.

– The text was published in http://bbc.co.uk/portuguese/internacional-62064570

Previous Vinicius fails and Clube do Remo loses 3×1. See the goals!
Next Argentina is experiencing a new crisis, and stores lose track of how much to charge – News