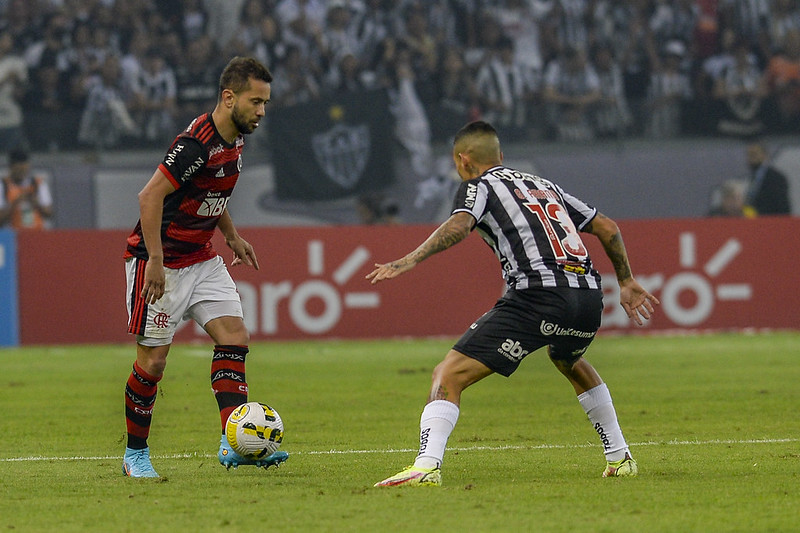 Atlético-MG has two casualties and an important comeback against Flamengo

Flamengo needs to reverse the Atletico advantage in the round of 16 of the Copa do Brasil. The team lost 2-1 away from home, but the decision for the vacancy is at Maracanã, this Wednesday (13), at 21:30 (Brasilia time). For the game, Atlético-MG has the return of Guilherme Arana.

The player was spared from the Brasileirão match against São Paulo, which ended in a 0-0 tie. He was physically worn out, and coach Turco Mohamed chose to rest the athlete thinking about the knockout tournament game. This Monday (11), Arana trained normally. But he also had a player who was left out of training.

Striker Keno trained aside and could be low for the game against Flamengo. In addition, the left-back Dodô is still out, in isolation due to the positive test for Covid-19. The two can miss the miners in the game against Mengão.

After the tie with São Paulo, Turco Mohamed promises a strong team against Flamengo, but foresees few minutes of Zaracho on the field.

“They won’t be at all rested. Some will be able to rest, but not much more. Ademir is coming back from Covid. Zaracho can only play 60 minutes. Let’s see if we have any changes. Jair went and came back. We will be very strong on Wednesday. The team will be very good”, reveals the coach, criticizing the tight schedule.

Flamengo lost 1-0 to Corinthians on Sunday (10). Dorival Júnior also chose to spare some players thinking about the decision for the Copa do Brasil. David Luiz, Filipe Luís and Pedro didn’t go to the field thinking about it. In addition, Arrascaeta was also cut, but due to muscle discomfort.

With low back pain, Flamengo has not yet informed a new opinion of the Uruguayan and it is still not sure about his presence in the match. However, he trained normally on Monday (11) and the tendency is for the midfielder to start. Pedro, who scored four in the 7-1 victory over Tolima in Libertadores, is also expected to return to the team. The other spared players must also enter the field at Maracanã.

Previous Cruzeiro x Fluminense: where to watch, embezzlement and probable lineups of the round of 16 of the Copa do Brasil
Next “It’s one mistake after another”; Mauro Cezar ‘goes down the bar’ after Braz’s interview at Flamengo