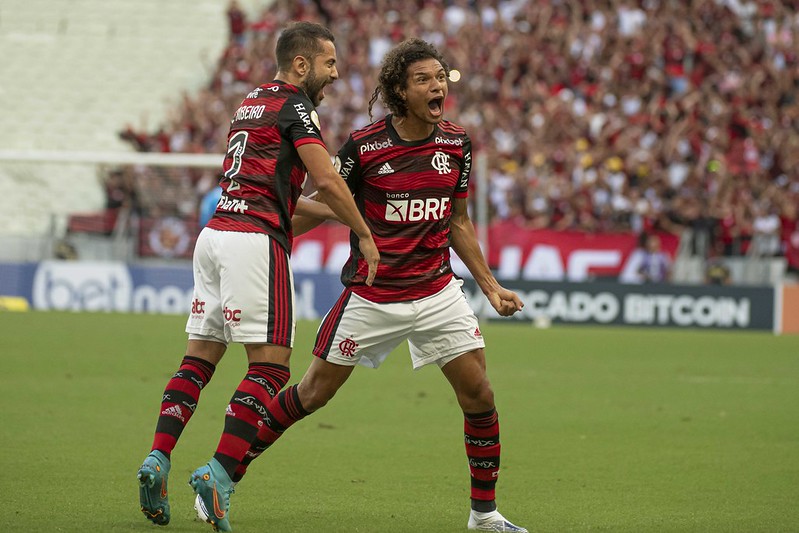 The midfielder William Arão can, in the end, stay at Flamengo. After the deal was closed last Friday (8), the player showed up to train this Monday (11), at Ninho do Urubu.

According to an article by the Ge.Globo portal, there are bureaucratic issues between Flamengo and Fenerbahçe. With that, the midfielder was not authorized by the carioca club to travel to Turkey. Aaron was left out of the list of players in the 1-0 defeat to Corinthians.

Read More: Vidal terminates contract with Inter Milan and is free to sign with Flamengo

Flamengo did not reveal what pending issues are yet to be resolved. Aaron needs to travel to Turkey to undergo medical examinations and sign a contract with Fenerbahçe. The Turkish club is in a hurry to resolve the negotiation, as it has until Thursday (14) to register players in the Champions League.

On July 20, Fenerbahçe face Dynamo Kiev in the preliminary stages of the Champions League. The coach of the Turkish team, the Portuguese Jorge Jesus, wants to count on William Arão in this match.

William Arão played 377 games for Flamengo since he arrived at the club in 2016. The midfielder won ten titles and was the absolute holder of the historic team in 2019, under the command of Jorge Jesus. In recent times, he has become the target of frequent criticism from the fans.

A midfielder with a good pass, William Arão was accused of not dedicating himself to games and not applying himself in marking. Videos with Arão trotting while Flamengo is attacked went viral on the internet. If sold, Arão will earn R$ 16 million to Flamengo.