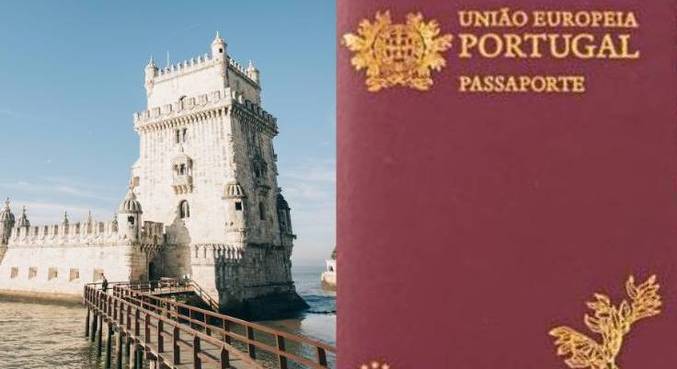 The possibility of having Portuguese citizenship can be a major factor that further boosts the migration of Brazilians to the European country, the main foreign nationality residing in the region, almost a third of the total (29.3%), according to data from the SEF (Foreigners and Borders Service) of the Ministry of Foreign Affairs of Portugal.

In April of this year, a change in Portugal’s Nationality Law was regulated and facilitated the issuance of the document for many Brazilians. Before, the relatives of Portuguese had to prove an effective connection with the country in the last five years, which greatly restricted access to naturalization. Now, the law has recognized that people who speak Portuguese already have a sufficient bond with Portugal.

The Nationality Law allows citizenship to be transmitted to the second generation, that is, it can be granted to all grandchildren of Portuguese people.

The legislation also provides that the children of Portuguese people do not need to be alive for grandchildren to apply. Furthermore, the processes of the two generations can occur together. In all other cases, older relatives must have the document before younger ones.

To start the process, the essential document is the Portuguese birth certificate and, from there, the other documents will be the applicant’s. After that, the application will be analyzed in Portugal so that the nationality is recognized. The process requires the payment of a fee of BRL 1,170.58 to the Portuguese consulate.

Dionísio Marcos, son of Portuguese parents, applied for naturalization ten years ago, when one of his sons went to study in the city of Porto. “I gathered the documents, made the request and, at the time, the process took about six months. After that, my children also took their citizenship.”

Regarding the necessary kinship, the Portuguese case becomes harder than Italianfor example, which does not require a “limit” of generations.

Renato Martins, CEO of Martins Castro, a company specializing in Portuguese citizenship, explains that “often the greatest difficulty in the process is to find the document that proves the nationality of the Portuguese relative, since without this it is not possible to continue”.

“The more information a person knows about their family, the faster and easier the search will be and, consequently, it will be cheaper.”

Due to the difficulty in finding the necessary documents, the company developed a database that allows the crossing of information to help Brazilians.

“I believe that the first step is to talk to relatives who may have information about the origins of the family, this memory can help a lot. Another tip is to consult online genealogical databases, such as familysearch and my heritage”, points out Martins.

In addition to the possibility of obtaining Portuguese citizenship through kinship, the country offers other opportunities to obtain the document.

Foreigners who have lived in Portugal for at least five years can apply for naturalization. Time starts counting from the day the legal residence permit is acquired. The five years of residency can be consecutive or interspersed, but they must be in a space of no more than 15 years.

It is also possible to obtain Portuguese citizenship through a real estate investment in Portugal. When investing in the country in compliance with the Golden Visa rules, the foreigner receives a residence permit and, after five years, can apply for the document.

Since 2012, when the program was created, 1,024 visas have been granted to Brazilians, according to the SEF. Thus, Brazil is the second nationality that most requests the Portuguese Golden Visa, behind only China.