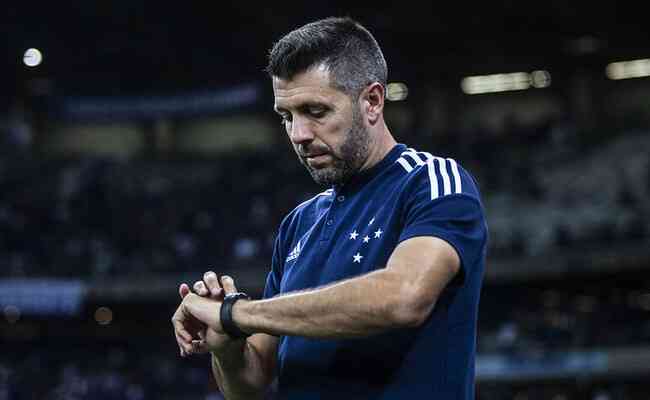 Coach Paulo Pezzolano surprised in the Cruzeiro squad for the game against Fluminense this Tuesday (12), at 9 pm, in Mineiro, for the return game of the round of 16 of the Copa do Brasil. The Uruguayan commander decided to modify the celestial team’s tactical system.

This time, Cruzeiro will go to the field with only two defenders: Oliveira and Eduardo Brock, with Z Ivaldo on the bench. In recent months, the team got used to playing with a line of three defenders in front of goalkeeper Rafael Cabral.

On the right side, Geovane, sent off in the first leg, gave way to Leo Pais. Without Neto Moura, who has already played for Mirassol in this competition, Pezzolano opted for Filipe Machado. Adriano and Willian Oliveira complete the midfield, which will not have Daniel Jnior tonight. The attack will have Vtor Fan.

In relation to the last game – defeat by 1 to 0 for Guarani, by Serie B -, Pezzolano promoted the returns of left-back Matheus Bidu and striker Luvannor. Both missed Raposa in the match in Campinas-SP, last Saturday (9th).

In the first leg, at Maracan, Cruzeiro was defeated 2-1. To advance to the quarterfinals of the Copa do Brasil, Raposa must win by two or more goals. The triumph by the minimum difference will lead the decision to penalties. Fluminense has the advantage of a draw.

Previous 2022 Emmy Wronged: From Millie Bobby Brown to Selena Gomez, Vote for the Greatest Injustice
Next After crypto crash, new GPUs are getting cheaper