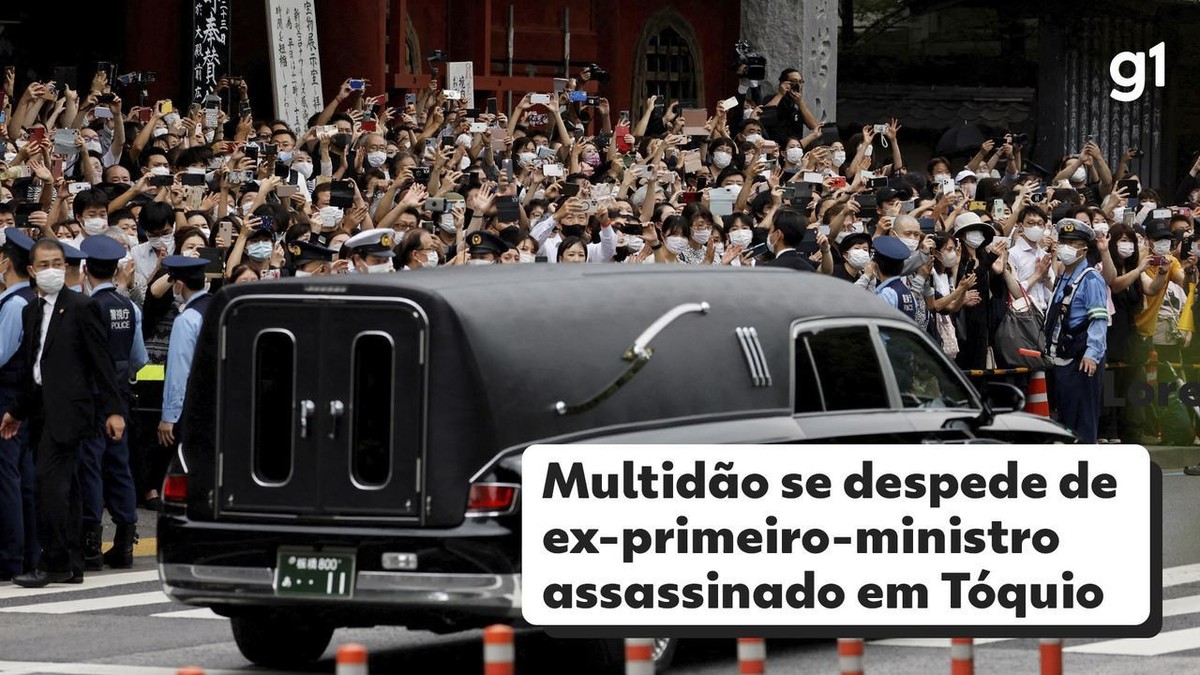 ‘I Can’t Get Over My Sadness’: Thousands of Japanese Say Goodbye to Former Prime Minister Shinzo Abe | World

Thousands of people took to the streets of Tokyo on Tuesday (12) to watch the funeral procession of former Japanese Prime Minister Shinzo Abe pass. Murdered last week, the former head of state was cremated in a Buddhist temple.

The funeral ceremony was attended only by Abe’s family and friends. Long lines of people dressed in black were observed outside Tokyo’s Zojoji shrine to bid farewell to Japan’s longest-serving prime minister.

A car carrying Shinzo Abe’s body passes before a crowd on the streets of Tokyo (Photo: Issei Kato/REUTERS)

“I can’t get over the sadness. I came to leave flowers and pray,” said consultant Tsukasa Yokawa, 41. For her, Abe was a “great prime minister”.

The former prime minister was shot dead last Friday (8) during a rally in the city of Nara. The assassination took place two days before the Senate elections, in which his party secured a large majority on Sunday. 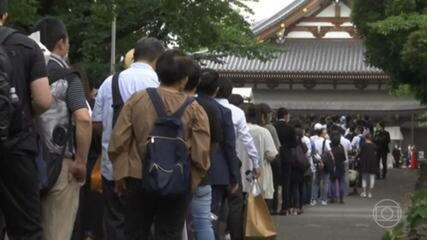 The shooter, 41-year-old Tetsuya Yamagami, was arrested shortly after he shot the former prime minister. He told police that he attacked Abe because he believed he was linked to a religious organization that would have harmed the attacker’s family.

“It’s despicable,” said Yuko Takehisa, a nurse who watched the procession pass. “They could have done more to prevent this,” she said.

After the tribute, the procession with Abe’s coffin passed through emblematic places of the Japanese capital and government symbols, such as the prime minister’s official residence, known as Kantei, and the seat of Parliament. Outside the buildings, officials bowed as a sign of respect.

Akie, Abe’s widow, sat in the front of the hearse with her husband’s headstone. She returned the bows during the procession.

Before the funeral, on Twitter, Japanese Defense Minister Nobuo Kishi, Abe’s brother, called the attack “a terrorist act”. “My brother loved Japan and risked his life for politics and to protect this nation,” he tweeted. 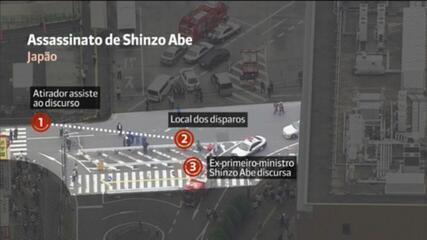 Satoshi Ninoyu, chairman of the National Public Security Commission, the body that oversees the police, promised an in-depth analysis of potential security gaps. Nara police have admitted problems with Abe’s security system, who was attacked from behind in broad daylight.

At the suspect’s house, police found parts that could be used to make weapons like the one used in the attack, Japanese media reported. Yamagami spent three years in the Japanese Navy and reportedly told investigators that his mother made a large donation to a religious organization, which resulted in financial problems for his family.

US Secretary of State Antony Blinken paid an unscheduled visit to Tokyo to pay tribute to Abe, who he called a “man of vision”. Taiwanese vice president William Lai also visited the Japanese capital, according to local media. As his presence could irritate China, the Taiwanese leader made the trip “on a personal basis”.

Abe came from a traditional Japanese political family and became the youngest post-war prime minister when he first took power in 2006 at age 52, a term that lasted 12 months. He returned to power in 2012 and resigned eight years later due to ill health.

His nationalist views caused division in the country, in particular the desire to reform the Constitution. The former prime minister also faced several scandals, including allegations of favoring friends.

Others praised him for his economic strategy based on expansive monetary policy, fiscal stimulus and structural reforms, dubbed “Abenomics” in the press. Many also highlighted his efforts to position Japan on the world stage, including the close relationship he established with former US President Donald Trump.

Previous Urgent! Nubank announces change in digital account profitability
Next Fans Gather Around the World for The Most Wuthering Heights Day Ever Rolling Stone