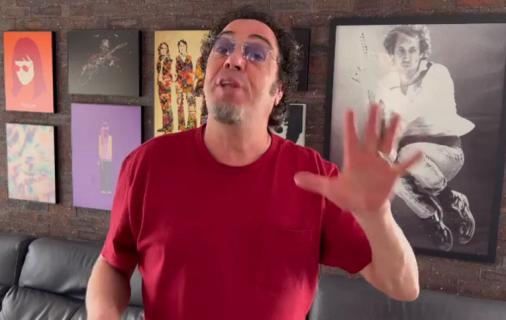 Outside Globo, Casagrande is being ‘disputed’ by two broadcasters, says website

Former football player and commentator Walter Casagrande, who left Globo last week, is being disputed by Band and SBT, according to columnist Fefito, from “Uol”. Casão even said that I wouldn’t have problems working with Neto in “The Owners of the Ball”.

Band would be looking for Casão to join the commentator team for the channel’s daytime programs such as “Jogo Aberto” and Neto’s own program, in addition to participating in broadcasts of the channel’s games as a commentator.

At SBT, executives are looking for participation in the Arena SBT program, presented by Benjamin Back. The idea was welcomed by Benja who even invited Casão to “be happy” on the broadcaster.

The expectation of the businessmen, according to the columnist, is that the former player will define his future soon, with a view to the proximity of the Qatar World Cup, in November.

Upon leaving Globo, Casagrande said that the exit was good “for both sides”. Then, in an interview with “Uol Esportes”, the commentator stated that if felt little prestige at the station with the new direction and that the channel was going for entertainment, which would not suit its profile.

Casagrande also gave an interview this Sunday to Record, where he talked about the departure of Globo.

– It was a relief for both sides because I’m sure they weren’t liking my style anymore, my profile, just as I wasn’t liking the changes that happened there. We were pushing with our stomachs and no one was happy, no one was happy,” she commented.

Previous SBT guarantees runner-up throughout Brazil with Copa America Feminina
Next How does Balbuena return to Corinthians? See defender numbers in Europe | Corinthians