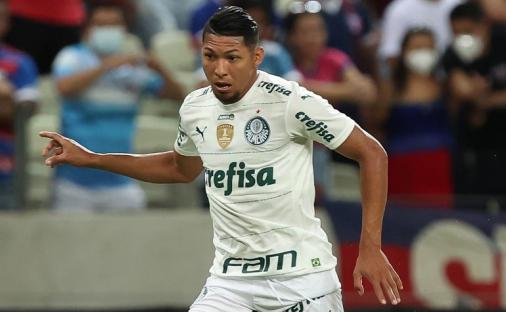 The Palmeiras fan had a concern in addition to the 0-0 draw with Fortaleza, last Sunday, for the Brasileirão. That’s because Rony, one of the team’s main players in the season, left the field feeling his left thigh and could be missing in the next matches, including this Thursday, against São Paulo.

This Monday, however, the cast got a break from the technical commission and will only be presented again this Tuesday morning. Therefore, there is still no information about the physical situation of the Palmeiras shirt 10.

Rony will have to undergo a reassessment and examinations so that the seriousness of the problem he felt in the second half of the duel with Fortaleza can be known, when he was close to being substituted and fell on the pitch with pain in his left thigh. He left the field to make way for the young Gabriel Silva.

If he has a confirmed injury, Rony will be absent for this Thursday’s classic, against São Paulo, for the return match of the round of 16 of the Copa do Brasil. The situation worries the coaching staff, who had already lost Rafael Navarro, also due to muscle problems. They would be two certain casualties for the attack.

Without Gabriel Veron, who is recovering from a cut on his foot, Abel Ferreira would have Breno Lopes and Wesley as options. All this, however, the Portuguese will begin to define this Tuesday, from 11 am, when Alviverde’s training begins, which will have one more activity on Wednesday and another probably on Thursday morning, as is the coach’s custom.