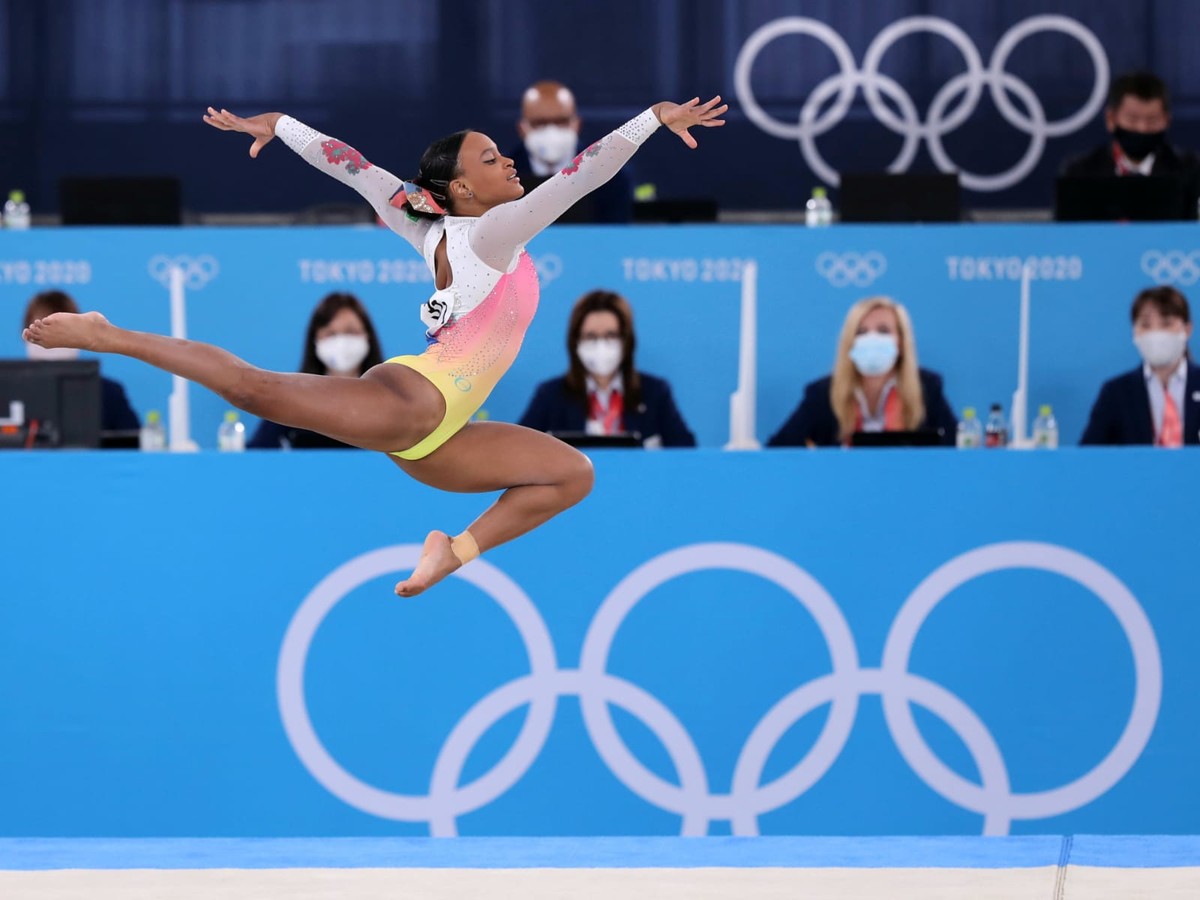 Rebeca Andrade will not compete on the floor during the Artistic Gymnastics Pan-American Championship, which takes place this week, from July 14th to 17th, at Parque Olímpico, in Rio de Janeiro. In a decision with the technical committee, the athlete decided to save her knee and must participate in the other three devices in search of classification by teams for the World Cup that takes place in October, in England.

Despite the public’s expectation for Rebeca’s consecrated performance to the sound of a favela dance, the athletes summoned to represent Brazil will be on the floor, Flávia Saraiva, Julia Soares, Carolyne Pedro and Christal Bezerra. In addition to them, Lorraine Oliveira completes the women’s team.

The four-year Olympic cycle is usually the period for the same solo performance, so Rebeca enters the last season of favela dance and should compete in the Worlds to the sound of funk that won the medalist’s fans. For 2023, the athlete should bring news.

+Read more about gymnastics
+Jade Barbosa is out of the gymnastics Pan: “Stop and treat”

In the men’s, the “king of rings” Arthur Zanetti will be alongside Arthur Nory, bronze at Rio 2016, with those called up to form the selection Caio Souza, Diogo Soares, Leonardo Matheus de Souza and Lucas Bitencourt.

Athletes from more than 20 countries in America are registered for the contest, including the United States. The team competition marks the beginning of the Olympic cycle towards Paris 2024 for Brazil, which seeks to guarantee a team spot for the 2022 World Cup. .