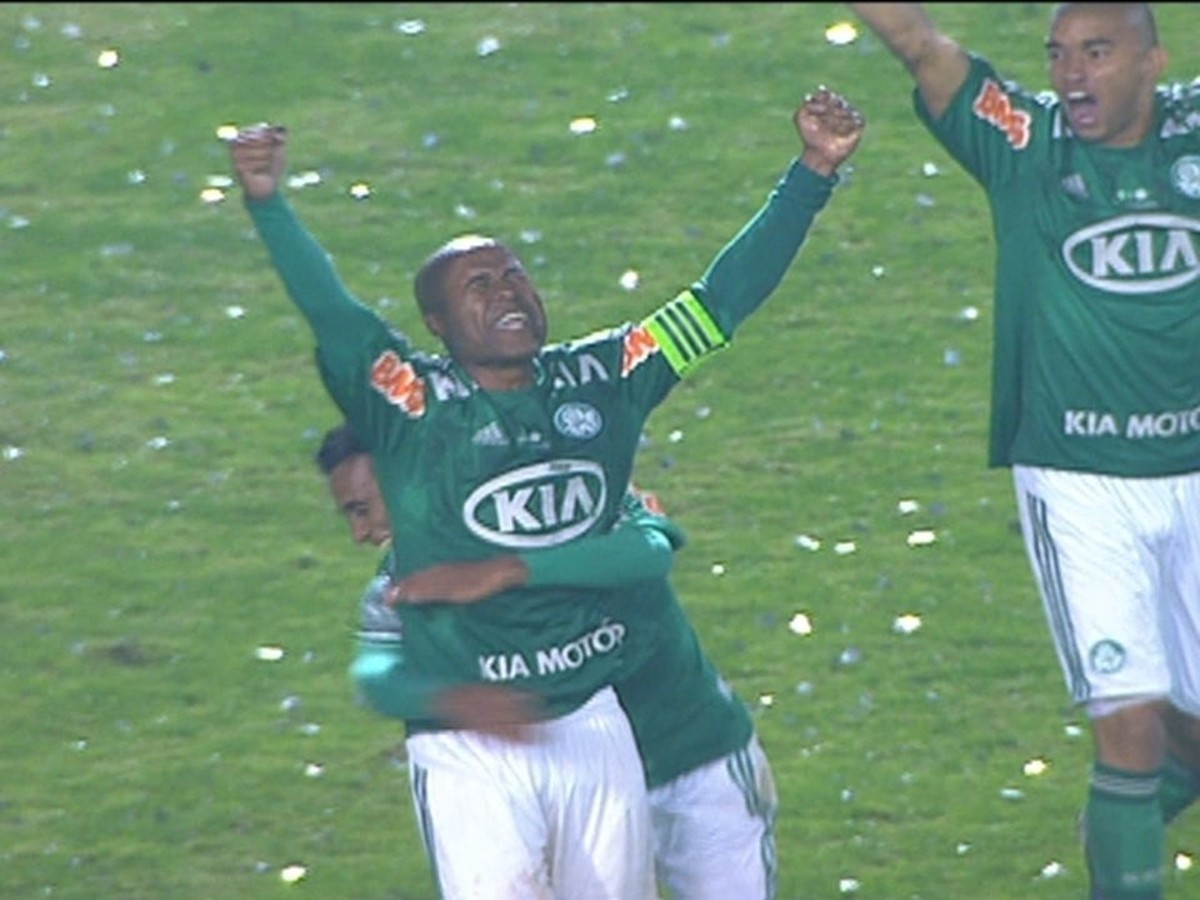 Exactly 10 years ago, Palmeiras was champion of the Copa do Brasil by drawing 1-1 with Coritiba, at the Couto Pereira stadium, in the second and decisive game of the final (see the goals in the video above). In the first match, played at Arena Barueri, Verdão won 2-0.

It is worth mentioning that Chilean Valdivia, sent off in the first leg, and Argentine Hernán Barcos, injured, were out of the grand final.

Palmeiras champion of the 2012 Copa do Brasil — Photo: Marcos Ribolli

See below where the 14 players who entered the field in the decision are going, in addition to Valdivia and Barcos, absolute holders of that team.

At the age of 38, Bruno played for Palmeiras between 2006 and 2015. Afterwards, he played for Portuguesa, Santa Cruz and Strikers, from the United States, before ending his career. He is currently the goalkeeping coach for the Chicago Fire women’s team.

Before announcing his retirement, the player spent a period away from football to help his wife with medical treatment.

At the age of 37, Maurício Ramos defended Portuguesa Santista this season in the Campeonato Paulista A2 series. Currently, the defender is without a club.

In addition to Palmeiras, he defended teams from Turkey, Qatar and the United Arab Emirates, as well as Coritiba, Vitória, XV de Piracicaba, São Caetano and Iraty.

At 33 years old, Thiago Heleno is one of the main players at Athletico, a club he has been defending for six seasons.

The defender defended, in addition to Palmeiras, Corinthians, Cruzeiro, Criciúma and Figueirense before arriving at the Paraná team. This season, there were only six games.

At 36 years old, Leandro Amaro is also active. Defending Portuguesa-RJ, there were 27 games and three goals scored in 2022. Recently, he was Corinthians’ opponent in a game of the Rio de Janeiro team for the Copa do Brasil.

Leandro Amaro in the days of Palmeiras — Photo: Julyana Travaglia

At 32 years old, Juninho defends Barra-SC. There were six games and one goal scored in the season. After leaving Palmeiras, the side played for several clubs, such as Figueirense, Goiás, Portuguesa Santista, River-PI, Bolivian and Kazakhstan football.

At the age of 35, Henrique defends Coritiba in the Campeonato Brasileiro Série A. The defender has 28 games and two goals scored by Coxa this season.

In addition to Palmeiras, Henrique played in Napoli, Fluminense and Corinthians, as well as Portuguese and UAE football.

He retired in 2016 playing for Sampaio Corrêa. Currently 45 years old, he has played for clubs such as Santos, Flamengo, Real Betis, Roma, among others.

For Palmeiras, Assunção played 141 games and scored 31 goals. He is considered the great name of the 2012 Copa do Brasil conquest.

At 34 years old, he is currently without a club after defending Murici in the Alagoas championship during the first half. There were 14 games and one goal scored.

At 38, Márcio Araújo has been without a club since leaving Sampaio Corrêa last season. The player has not officially announced his retirement.

After leaving Palmeiras, the midfielder passed through Flamengo, Chapecoense, CSA and Sport before arriving at the Maranhão team last season.

Márcio Araújo in action for Sampaio in 2021 — Photo: John Tavares

At 39, the attacking midfielder left football in 2018. He currently works as a businessman.

At 33 years old, “Luanel Messi” is still active. The striker defends Floresta-CE in the C Series of the Brazilian Championship. This season, he helped Portuguesa to gain access to Paulistão.

At 34, the midfielder is without a club. The “Messi Black” played in four games for Lemense in the A2 Series of the Paulista Championship this season.

Mazinho had a remarkable passage through the West — Photo: Jefferson Vieira/Oeste FC

Scorer of the goal of the Palmeiras title, Betinho currently defends Altos-PI in the C Series of the Brazilian Championship. In the season, there were 14 goals in 29 games. The striker is in his second season in Piauí football. In 2021, there were 36 games and 14 goals for Altos.

At the age of 38, the Chilean Jorge Valdivia announced earlier this month his retirement as a football player. With remarkable stints in Palmeiras and Colo-Colo, the now ex-midfielder revealed the decision in an interview with ADN radio. The last match as a professional took place in February, for Necaxa, from Mexico.

Champion of the Copa América with the Chilean national team in 2015 and with two World Cup disputes under his belt, Valdivia had two spells at Palmeiras. In the first, from 2006 to 2008, he was champion of São Paulo and scored 24 times in 93 games. In the second, from 2010 to 2015, he won the Copa do Brasil twice and scored 17 goals in 147 matches.

At 38 years old, the Argentine striker is still active in Peruvian football. Defending Alianza Lima, there were 23 games and eight goals this season.

One of the main names of Palmeiras at the time, the player also played for Grêmio and Cruzeiro in Brazil. For Verdão, there were 31 goals in 61 matches.