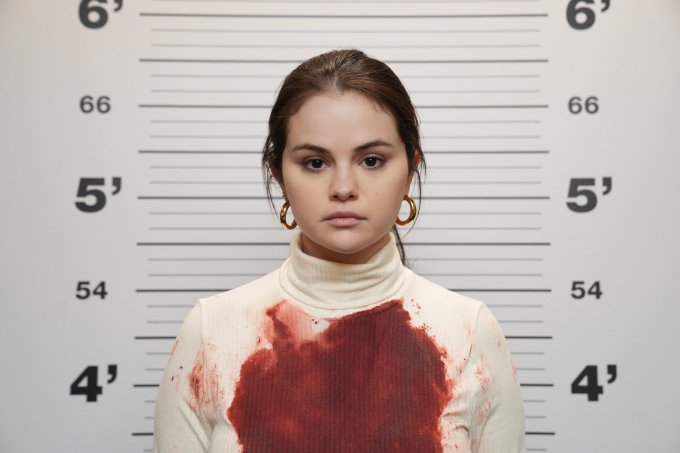 Selena Gomez made history at the Emmy, even outside the category of Best Actress

There was no lack of surprises (good and bad) when it comes to the list of nominees for the Emmy 2022. the absence of Selena Gomez in the list released this Tuesday (12), was the most regretted – and not for less, right?

Despite the name of Mabel’s interpreter in Only Murders in the Building not appearing on the list for Best Actress in a Comedy Series, the star secured another category at the awards: she is on the team of executive producers of the series, who can take home the award for the category of Best Comedy Series.

The inclusion of Selena in the production team brings a historic milestone: this is the second time that a Latina has been among the producers nominated for a comedy series in the 74-year history of the Emmys. So it is.

According to Varietythe first was Salma Hayek for Ugly Betty from Fox in 2007. The magazine also recalls that only one Latina woman has won as a producer in any of the major series categories in history. In 2004, Celia D. Costas took the award for Angels in America.

Selena was quoted for her performance in the Hulu series, including critical support. But she ended up being left out of the list, taking the place of the so-called “snubbed” in the awards. The series is nominated for Best Comedy and had the other two protagonists nominated for Best Actor in a Comedy Series, Martin Short and Steve Martin.

As soon as it was released, the fans of the actress and singer passed on the news on social networks – and her name “Selena”, was among the most commented on Twitter this afternoon.

Selena Gomez The “Actress Of The Generation” Who Got Her First Emmy Nomination As A Producer And Non-Actresspic.twitter.com/TuiH2gKsrj

Some people even talked about discrimination. That’s because Selena’s origin is Latin.

about the emmy nominations i liked it, but she deserved more and you can say that selena gomez is not latina here, but there they consider her so much that they even made a point of putting her in one category and even as a producer to pretend they didn’t discriminate against her.

At the same time, they recalled that the actress can take a statuette – even if indirectly – as an executive producer, as the series is running for Best Comedy Series.

I wanted Selena Gomez with an Emmy nomination for best actress and we received as a producer, at least she was nominated pic.twitter.com/ovkCLpopyK

But it wasn’t just Selena who was among the “snubbed” in the Best Actress category. Even Jennifer Aniston, the eternal Rachel from Friends, was left out. She plays Alex Levy on “The Morning Show” (Apple TV), was not nominated for Best Actress in a Drama Series. In her place, her series colleague Reese Witherspoon entered.

About Only Murders In The Building and Emmy 2022

The series is one of the most beloved of the public today. When it was announced in 2021, the public wasn’t quite sure what to expect from the dynamics between them – reaching different niches. The result was a great success, with an acclaimed debut by the media and 100% approval in the Rotten Tomatoes.

The second season premiered in the last week of June. The new chapters – which CAPRICHO has already watched – bring the characters even stronger in their essence and a new mystery that does not disappoint when compared to the case of Tim Kono.

In this year’s Emmy nominations, HBO retained the podium and received more mentions than Netflix. In the number of indications, after Succession come the comedy Ted Lasso (Apple TV) and the miniseries The White Lotus (HBO), which received 20 nominations each.

Only Murders in the Buildinghad 17 nominations, euphoria16, and four titles tied with 14 each — Barry, dopesick, Break and round 6which became the first non-English-language production nominated for best drama series.

The 74th Emmy Awards take place on September 12. In the United States, the 2022 awards will be broadcast on NBC. In Brazil, the exhibition takes place on TNT’s cable TV and YouTube channel.

We show you who are the nominees in the main categories of the awards. Click here!

Previous Airbus A320 came within 1.8 meters of hitting the ground in Paris, report finds
Next Tesla cars may have Samsung cameras soon