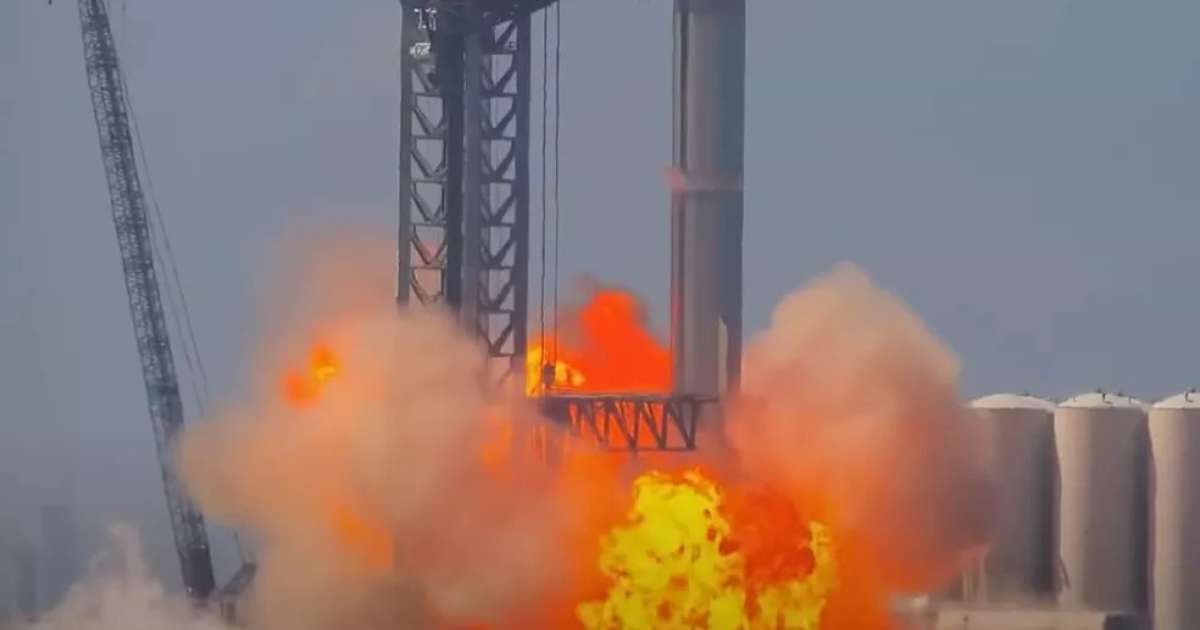 A propulsion rocket developed by SpaceX to the spaceship starship caught fire during one of the ground tests on Monday, 11, in Texas, in the United States.

According to reports, no one was injured in the incident and the damage is still being calculated. The test was being streamed live on the YouTube channel NASA Spaceflight.

In the images, it is possible to see the moment when the base of the rocket explodes and is dominated by flames. See the moment below:

the rocket starship it is the launch vehicle that is at the heart of billionaire Elon Musk’s ambitions to make human space travel more accessible and routine.

Elon Musk even commented on the accident on Twitter. “Yes, it’s actually not good. The team is assessing the damage.”

The goal of the Starship project is to carry out missions in orbit around the Earth and the Moon. But Musk has plans to go to Mars and even offer space tourism packages that are expected to cost between $10 million to $60 million.

The vehicle is fully reusable and is designed to be launched atop a giant rocket called the Super Heavy, transporting people and cargo to distant destinations like the Moon and eventually Mars. So far, there have been a few high-altitude test flights with the spacecraft, but the Starship has yet to launch into orbit.

In addition to eventual trips to Mars, the Starship will be used by NASA to transport astronauts from orbit around the Moon to the surface of the satellite.