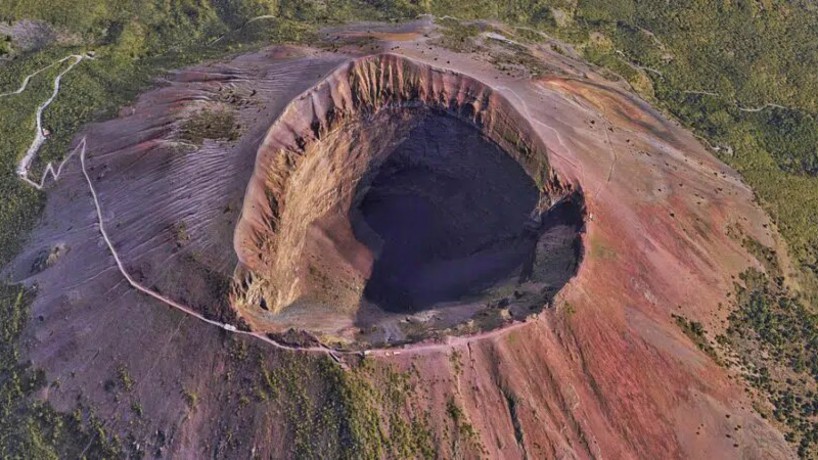 A 23-year-old American tourist had a near-death experience because of a selfie. The case took place last Saturday, July 9, in the Italian city of Naples. When making the Mount Vesuvius trail, the young man ignored the danger warnings spread along the route and decided to climb to the top of a volcano. When posing to take a picture, the tourist’s cell phone fell and, when trying to retrieve the device, he fell from a height of more than 300m. The tourist was rescued alive, with only minor injuries.

According to the British newspaper The Guardian, the young man made the trail with his family. During the excursion, the family would have chosen not to pay the ticket that allows the visit to the volcano, which has a minimum cost of 55 euros (about R$ 300). To get around the situation, according to the newspaper, they decided to go unaccompanied along a trail marked off-limits to tourists.

Upon reaching the summit of Vesuvius, considered one of the most dangerous volcanoes in the world, the accident happened. Fortunately, it has been “asleep” for almost 80 years, since 1944. The volcano is known to have decimated the cities of Pompeii and Herculaneum in 79 AD.

The rescue was carried out by local tour guides, who performed abseiling. A helicopter was called to assist in the rescue and the police were also at the scene.

Already safe, the young man had only minor injuries, including cuts and bruises on his arms and back. He, however, refused to go to the hospital.

After the incident, the young man and his family were indicted by the Italian police for trespassing into prohibited spaces.

Previous Via Varejo has open positions. Check out the opportunities
Next The Gray Man Crushes James Bond With Jason Bourne, Says Star