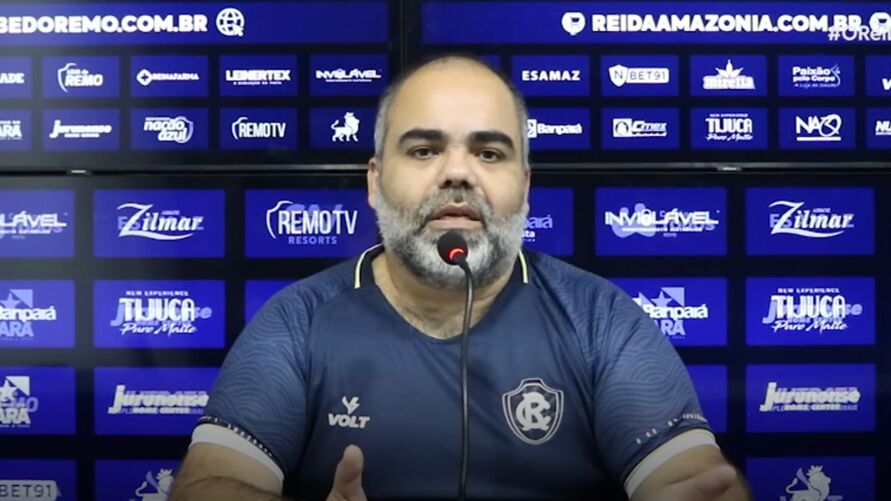 Bentes confirms terminations in the team. see who they are

The only team among the 20 participants of Série C of the Brazilian Championship that has not won a single victory in the last five rounds, Clube do Remo tries to escape as soon as possible from the crisis that has settled in Baenão stadium, with only five rounds left to the end. of the qualifying stage of the national competition.

After the defeat suffered by Atlético Cearense, by 3 x 1, on Sunday (10), for the 14th round of the dispute, inside the Presidente Vargas stadium, in Fortaleza-CE, with another grotesque failure by the goalkeeper Vinicius, the department football team took some energetic measures. In a statement to the press that took place this Tuesday (12), President Fábio Bentes confirmed the dismissal of five athletes from the squad, previously announced by the DOL

“We decided to let go of some athletes, who, in our opinion, are no longer helping and we understand that we need to renew the squad. We are still in the process of negotiation, but we are already negotiating details of the departure, but we will no longer tell this year with Rodrigo Pimpão, Fernandinho (attackers), Lailson (midfielder), Keven (defender) and Jorge Pazzeti (goalkeeper)”, he informed.

Also according to the Azulino representative, depending on new assessments that are being carried out within the group of athletes, new dismissals may be made official over the next few days. Furthermore, Fábio Bentes was emphatic when reporting on the technical quality of the group of athletes – assembled for this season – who have total chances of gaining access.

“There are still some evaluations being made of some athletes and in due course if we also decide not to remain with some more names, we also communicate to the fans. We are still very focused on classifying and there is no other alternative for this team, because when this squad was assembled, everyone was unanimous that it was going to go up and play for the title, but unfortunately there was no league”, he said.

Regarding the vexatious performance of the players that culminated in the defeat for the lantern of the competition, the president of the remista apologized to the blue fans. He also reinforced that constant charges have been made to the cast due to the poor performance that left Leão in 13th place in the Series, with 18 points in the classification.

“It’s good to say and then I wanted to apologize, because we are ashamed of what happened in the last game against Atlético Cearense. You can’t lose like that, with the squad we have, with the group we have set up, for that score. This is unacceptable! It’s good to say, that the charge existed, just as it had existed in the face of other results”, he concluded.