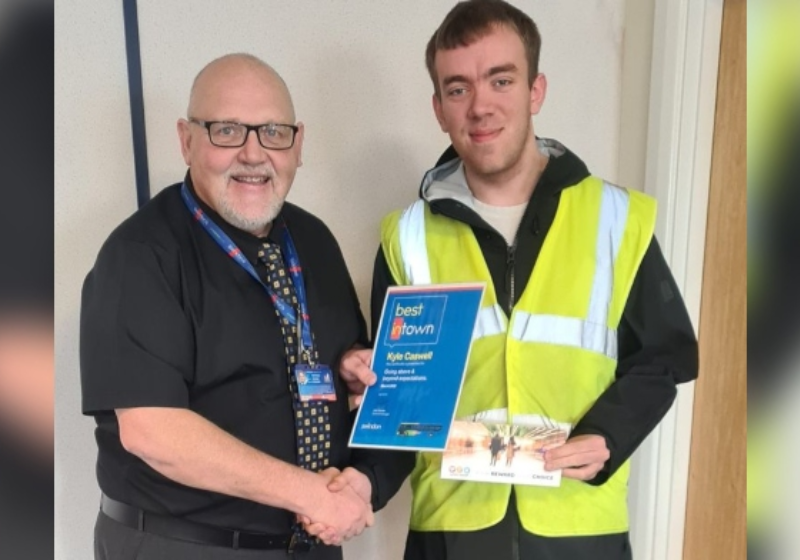 An 18-year-old bus driver has just received an award for Best Employee in Town for a very good reason. He helped a woman who was running away from her abusive ex-husband.

Kyle Caswell said he was finishing up the bus route one night when a “visibly nervous” woman with three children came running toward the stop. Upon discovering the reason, the young man deviated from the route – with authorization from the company – only to take his family to a safe place. A super kindness!

Kyle has been driving on one of the lines in Swindon, England, for just six months and has already been recognized in the community for his empathy and solidarity initiative.

Kyle explained that he did what he thought was right. Seeing the nervous woman and after learning her story, he said he couldn’t deny help.

“I was about to finish my work and I was at Asda waiting for my time, and I see her coming [com seus] kids, arriving really fast, but I thought, ‘oh, you know, she’s going to need the bus,’ so I waited,” Kyle recalled.

Kyle let the family onto the bus. At the end of the route, he had a conversation with the woman, which left him worried.

She said she was running from her ex-boyfriend, who is “extremely violent”.

When it was time for him to take the bus back to the station, Kyle realized he would drop them off in the same area where they had boarded.

“So I got off the bus and talked to her for two minutes, just to try and get a picture of what happened,” Kyle said.

“She told me her ex-boyfriend was in the area and he was trying to get through to her and her kids.”

After understanding what was happening to the passenger, Kyle knew he couldn’t leave them in a dangerous situation.

He then called the supervisor, explained the situation, then asked if he could use the bus to take them to a relative’s house in another part of town.

They agreed and the young driver was able to leave his wife and children in a safe place, away from danger.

Praised by bosses and community

Now, Kyle’s employers and community are praising the young man for his maturity and clarity in an unusual situation.

“We are all very proud of Kyle,” said Paul Coyne, Operations Manager for Swindon’s Bus Company.

“He acted with maturity and humility. At Swindon’s Bus Company, we know we have excellent drivers, but we also look for the ability to provide great customer service when we recruit new colleagues. Kyle is the epitome of that, and he is very worthy of the accolades he has received.”

The good deed made Kyle also receive recognition within the company he works for.

He won an award for Best Employee in Town, and they’re asking the public to approach workers like Kyle if they’re in danger.

“If I can keep people safe and make sure they’re not in danger, then that’s my job, really,” he said.

The young man said that victims of domestic violence, whom he does not even know, are contacting him through social media to thank him for being the hero that the mother and her children needed.

“For someone so young, Kyle sure has a great head! We are grateful that he was able to step in to deflect a potentially dangerous situation.” ended the company. 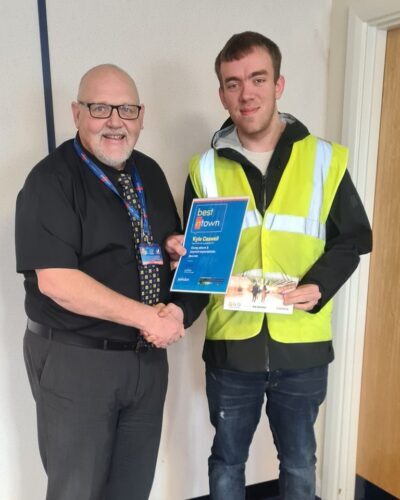 Kyler was recognized by the company, due to the good deed – Photo: reproduction Facebook

With information from Inspire More