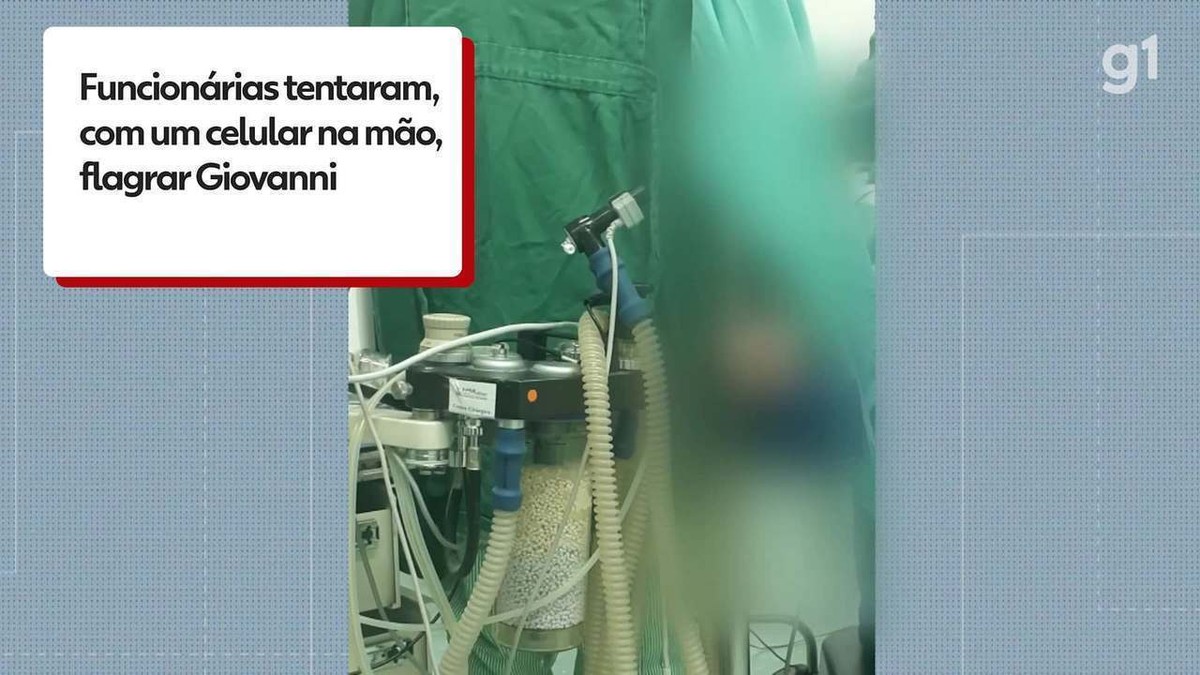 Employees of the Hospital da Mulher tried, with a cell phone in hand, to catch Giovanni | Rio de Janeiro

O RJ1 had access to another record made on the Sunday of the crime (10), in the same room, by nurses and technicians. One of them is sitting, watching the operating table. She takes out her cell phone and starts recording the cesarean before the baby is born.

Giovanni has his back to her. the employee pretend to be using cell phone so as not to draw the anesthesiologist’s attention. “This video is funny”, he disguises.

In this record, there is no flagrant. The recording ends when the baby cries. It is possible, however, to see the glass door cabinet where another cell phone would be placed – this one, the one that recorded the abuse. This device was sent for forensic examination.

Giovanni is alone in a cell in gallery F of the Pedrolino Werling de Oliveira Public Prison, known as Bangu 8. According to g1, he will follow isolated and with no forecast of contact with the other prisoners for security measure. the cell has 36 square meters.

Giovanni ate the breakfast provided by the prison, which included bread and butter and coffee with milk. He occupies the same cell where former federal deputy Roberto Jefferson was once imprisoned. The unit is intended mainly for inmates with higher education.

The arrival at the unit, after having the arrest in the act converted into preventive, was not smooth. According to TV Globo, around 9:15 pm, when he arrived at the place, inmates started shaking the bars, booing and cursing the anesthesiologist, as a form of protest.

In addition to being filmed raping a woman on the delivery table, he is investigated for five more possible acts like this committed in the units where he worked, including the Hospital da Mulher Heloneida Studart, in São João de Meriti. 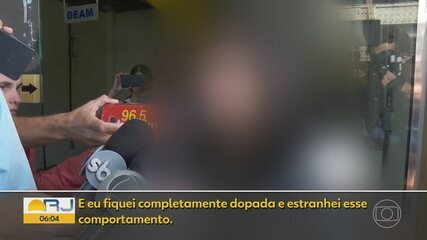 Bangu 8 has already received other prisoners from known cases, such as Jairinho, who is awaiting trial in the case of the death of his stepson, Henry Borel. Another who also visited the place is police chief Marcos Cipriano, arrested in Operation Caligula, which targeted the illegal exploitation of gambling by bookie Rogério de Andrade.

The prisoners of the Lava Jato operation have also been in the unit. One of them was former governor Sérgio Cabral, who served part of his sentence in jail, before being transferred to the Special Prison Battalion of the PM, in Niterói, in September last year.

Giovanni, 31, had his arrest converted from flagrant to preventive this Tuesday (12). The doctor was arrested for the rape of a woman at the time of childbirth, and delegate Bárbara Lomba, from the Women’s Police Station, is investigating whether there are at least five more victims.

“THE severity of conduct is extremely accentuated. such was the daring and intention of the custodian of satisfy the lust, who practiced the procedure inside the hospital, with the presence of the entire medical team, in the midst of a surgical procedure. Therefore, not even the presence of other professionals was able to detach the prisoner from the disgusting action, which had the absolute vulnerability of the victima condition under which the author kept under his exclusive controlsince he administered sedatives in doses that ensured the absolute inability to resist” said Judge Rachel Assad.

The magistrate also highlighted the trauma generated for the victim.

“In a birth where the woman, in addition to being anesthetized, gave birth to her child – in one of the most important moments of her life – the custodian, using his profession, violates all the rights she had over herself. Therefore, the day of her son’s birth will be marked by the trauma resulting from the brutal conduct he practiced, which will be remembered on every birthday”, she added.

With the change in the status of the prison, the doctor will be imprisoned for an indefinite period, having his situation reassessed if it exceeds 90 days. At this time, the police investigation can be concluded and handed over to the Public Ministry, which will decide whether to report it or not, and to maintain the prison.

A group of employees at the Hospital da Mulher Heloneida Studart were suspicious of the doctor’s behavior and decided to record the third cesarean for which the anesthesiologist Giovanni was scheduled on Sunday (10) after noticing, in the two previous surgeries, his strange behavior.

One of the staff told the police that “Giovanni was always in front of the patient’s neck and head, obstructing anyone’s field of vision” in the operating room.

She and other employees took a cell phone and placed it in a cabinet with glass doors, but they did not follow the procedure and only saw the act when they took the phone – which is why they could not stop the crime.

The employee also said, in a statement, that the anesthesiologist sedated “too much” and that “the patients could not even hold their babies” after delivery.

In the second operation on Sunday, according to the official, “Giovanni wore an open cloak on himself, widening his silhouette, and positioned himself in a way that also prevented anyone from seeing the patient from the neck up”.

“Giovanni, still positioned towards the patient’s neck and head, started, with his left arm bent, slow movements back and forth,” said the witness.

“From the movement and the curvature of the arm, it looked like he was holding the patient’s head towards her pelvic region.”

In the video of the act, the patient is lying on the stretcher, unconscious. On the left side of the sheet, the hospital’s surgical team begins the cesarean section. Meanwhile, on the right side of the sheet, less than a meter away from his colleagues, Giovanni unzips his pants, pulls his penis out and inserts it into the pregnant woman’s mouth.

The violence lasted 10 minutes. While abusing the pregnant woman, the anesthesiologist tries to move little so that no one in the room notices. When he’s done, he takes a tissue and wipes the victim to hide the traces of the crime.

“The patients [do anestesista Giovanni] they were completely out of their minds. When they were cared for by another anesthesiologist, they were never like that,” said the employee.

Who is the anesthesiologist Giovanni

Giovanni worked in at least 10 public and private hospitals, according to himself. The prisoner is 31 years old and graduated in 2017 from the University Center of Volta Redonda (UniFOA), in Sul Fluminense, . He completed the Anesthesia Specialization in early April.

Vain, he posted photos with the units’ clothing and even published a “You’ll still hear about me, wait”. In another post, Giovanni claimed to do what he likes: “I’m here to reap the rewards”. 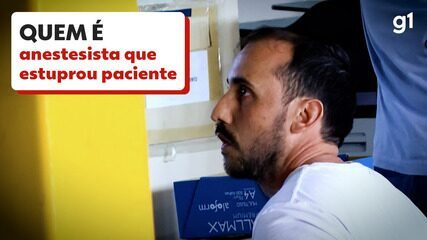 Who is the anesthesiologist who raped a patient during childbirth?

But the doctor’s strange behavior caught the attention of the women on the team at the Hospital da Mulher Heloneida Studart, in Vilar dos Teles. They began to wonder at the amount of sedative the anesthesiologist applied and the way he moved behind the sheet that separated the team.

The doctor was surprised to receive a voice of arrest from delegate Bárbara Lomba and to learn that he had been recorded abusing the patient. He is accused of rape of a vulnerable person, whose sentence varies from 8 to 15 years in prison.

The anesthesiologist’s defense left the case and, until the publication of this report, there was no contact from the new lawyers.

Previous Casares transforms Ceni into the ‘owner of football’ of São Paulo. President seeks investors to transform the club into SAF – Prisma
Next Harrison Ford, 80: 5 Actor’s Films Beyond ‘Indiana Jones’ 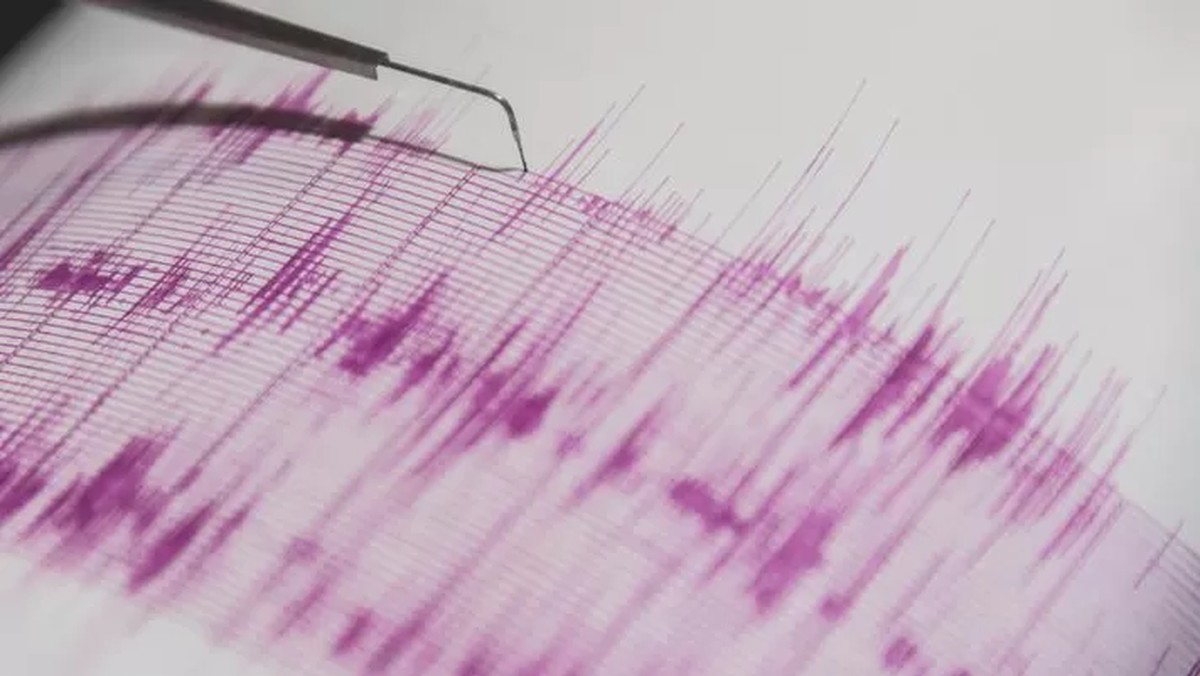 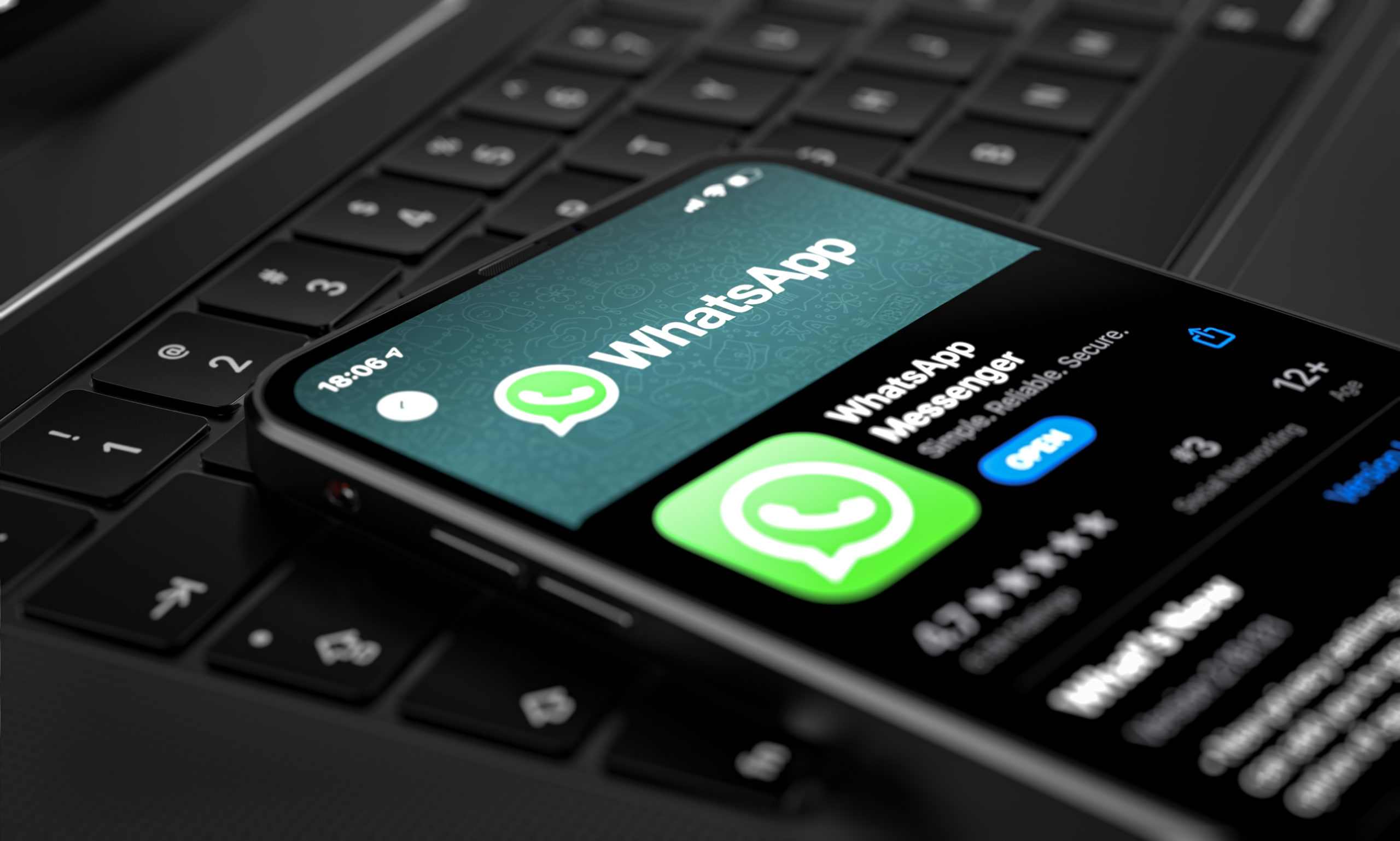