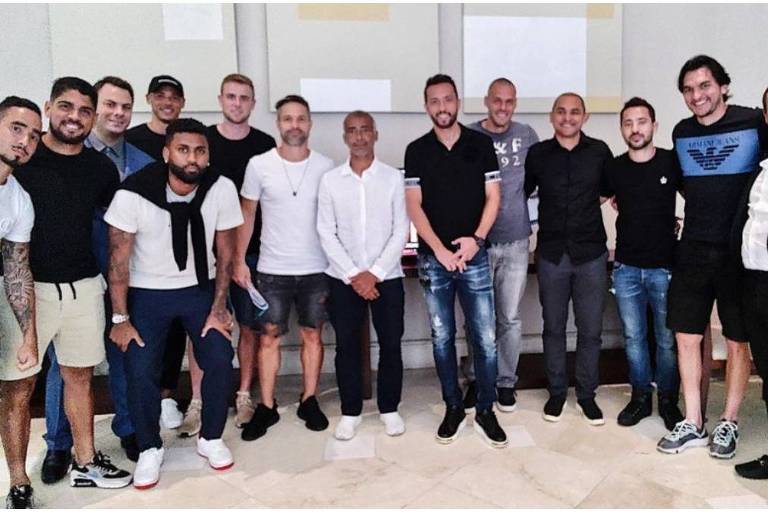 Senator Romário (PL-RJ) had this Tuesday (12) a meeting with players from the movement “União dos Atletas de Futebol das Séries ABCD”, who sought support from the parliamentarian against some changes provided for in the new General Sports Law.

The athletes, who represent professionals from teams from the four divisions of Brazilian football, started the articulation to discuss aspects of the law that, according to them, will reduce labor rights.

Names such as Diego Ribas and Everton Ribeiro, from Flamengo, Rafael, Klaus and Douglas Borges, from Botafogo, Nenê and Anderson Conceição, from Vasco, and Matheus Ferraz, from Fluminense, were at the meeting.

The General Sports Law consolidates the Pelé Law and several other sports legislation in a single text.

The meeting with the former player lasted about 30 minutes. In addition to presenting their criticisms of the text, the athletes ask that Romário be the project’s rapporteur — which in practice would give him more decision-making power on new changes to the project.

People present at the meeting told the report that they were optimistic after the conversation. However, they will wait for the text to reach the Senate and the appointment of a rapporteur to define the next steps.

The bill, which came from the Senate, was approved in the Chamber last Wednesday (6). As its text has undergone changes, it will be appreciated by the senators again, which could happen this week.

The possibilities for changing the text, however, are limited. The Senate can now only undo changes that have taken place in the House, but cannot propose new rules.

The ABCD Series Soccer Athletes Union claims that the new project increases from 40% to 50% the share of remuneration they can receive as image rights. There is also dissatisfaction with the definition of the night shift from 11:59 pm instead of 10 pm, as it is currently.

The main point of divergence, however, is the changes in the rules of contractual termination and dismissal.

Under current law, the minimum amount of termination fine is equal to 100% of what remains to be paid until the end of the contract and must be paid in cash. The new project establishes that this amount can be paid in installments and that it is at least 50%, a claim from the clubs.