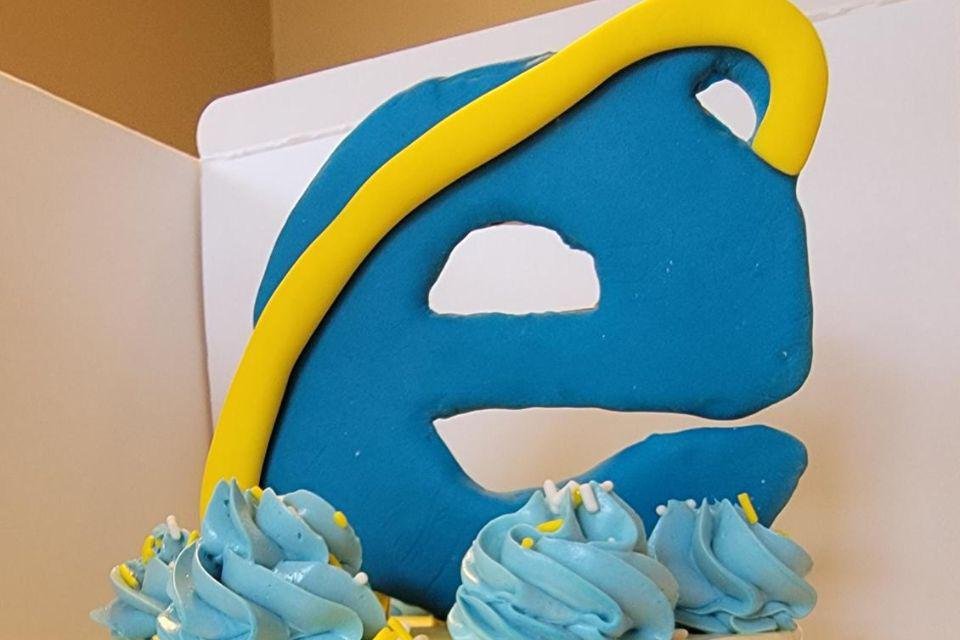 Mozilla sends cake to Microsoft for the end of Internet Explorer

The Microsoft Edge development team took to Twitter to show the beautiful cake they received from the folks at Mozilla. The reason for celebration is the end of the unforgettable Internet Explorer.

The tweet itself explains that there is this tradition among browser development teams of sending out cakes to celebrate important milestones in the advancement of the software. Microsoft sent a cake to Mozilla for the release of Firefox 2.0 back in 2006, and the team returned the kindness in Internet Explorer 10 in 2012.

Thanks for the beautiful ??, @firefox! We love the tradition of sending cakes to browser teams after reaching important milestones ?? pic.twitter.com/AC5hBmNk4C

On the cake it says “you were the icing on the cake”, making a pun on IE6 (Internet Explorer 6) in the middle, which more or less works in English.

The Death of Internet Explorer

It is interesting that the “milestone” of the time is not an advance for the browser, but the end of it. In any case, it is still an important step for the future of browser development at Microsoft, which is now focusing its efforts on advancing Edge, based on Chromium.

It’s also worth remembering that Edge can still be used in its “Internet Explorer mode”, based on its original code, until 2029. Even with the spirit of the browser still living in its successor, it’s worth noting that IE is already so dead. who even won a tombstone.