“Cinema Paraíso”, “O Intern”, “Molière” and “Variações” are four of the seven proposals of the initiative. Each session costs €3. 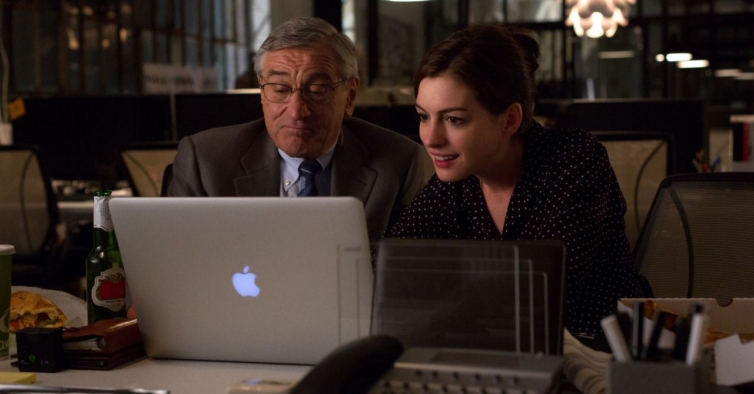 Anne Hathaway and Robert De Niro in “The Intern”.

From the 13th of July until the 31st of August, every Wednesday is cinema day at the Puppet Museum. This is the rebirth of Cine-Esperança, a room dedicated to cinema that, at the beginning of the 20th century, existed in the former Convento das Bernardas, where the first national space entirely dedicated to the universe of manipulative dolls that have enchanted children and adults for a long time is located. several generations.

The sessions, this time outdoors, always start at 9:30 pm, when the lights are turned off and the projector is turned on, says the entity. Each ticket costs €3 and gives access to the permanent exhibition.

“Moonlight Magic” (July 13), a 2014 romantic comedy starring Emma Stone and Colin Firth, was the work chosen to kick off the program, consisting of a selection of films that “make you laugh and think”. This tells the story of Stanley, who became one of the most celebrated magicians of his time as Wei Ling Soo. Behind the character, however, hides a man of few words who looks at the world with cynicism and lack of faith. Things start to change when he falls in love with the supposed medium he was supposed to unmask.

This is followed by “Variações” (20), biography of the iconic António Variações with Sérgio Praia in the lead role, and “De Braços Abertos” (27). The Franco-Belgian comedy, with Christian Clavier, Ary Abittan and Elsa Zylberstein, revolves around a prominent white, left-wing French intellectual who writes a book about the need for society to be more open and welcoming immigrants and other cultures without prejudice. . His ideals are called into question when he finds himself with a gypsy family living in his house.

For the month of August, the proposals are “Back” (3), “O Intern” (10), “Unlikely Friends” (17), “Molière” (24) and “Cinema Paraíso” (31). While the first mentioned has Penélope Cruz as the protagonist and unfolds around a mother who, after death, returns to her homeland to repair the situations that she was unable to resolve in life; the second follows a 70-year-old man (Robert De Niro) who finds in the senior internship created by Jules’ (Anne Hathaway) company the opportunity he’s always waited for to escape the boredom and sedentary lifestyle of retired life.

In “Unlikely Friends” it is possible to see the birth of a friendship between the aristocrat (François Cluzet) and the young caretaker (Omar Sy) who he hired to help him after a paragliding accident that left him quadriplegic. “Molière” follows the young actor (Romain Duris) who sees his life change for the better after he is arrested. The cycle ends with the classic “Cinema Paraíso”, a nostalgic film with Philippe Noiret, Enzo Cannavale and Antonella Attili, which pays an emotional tribute to cinema.

Previous Xiaomi Redmi 10 128GB on sale at Amazon Brazil – All in Technology
Next Hit with Alex Teixeira, other reinforcements in the crosshairs and more