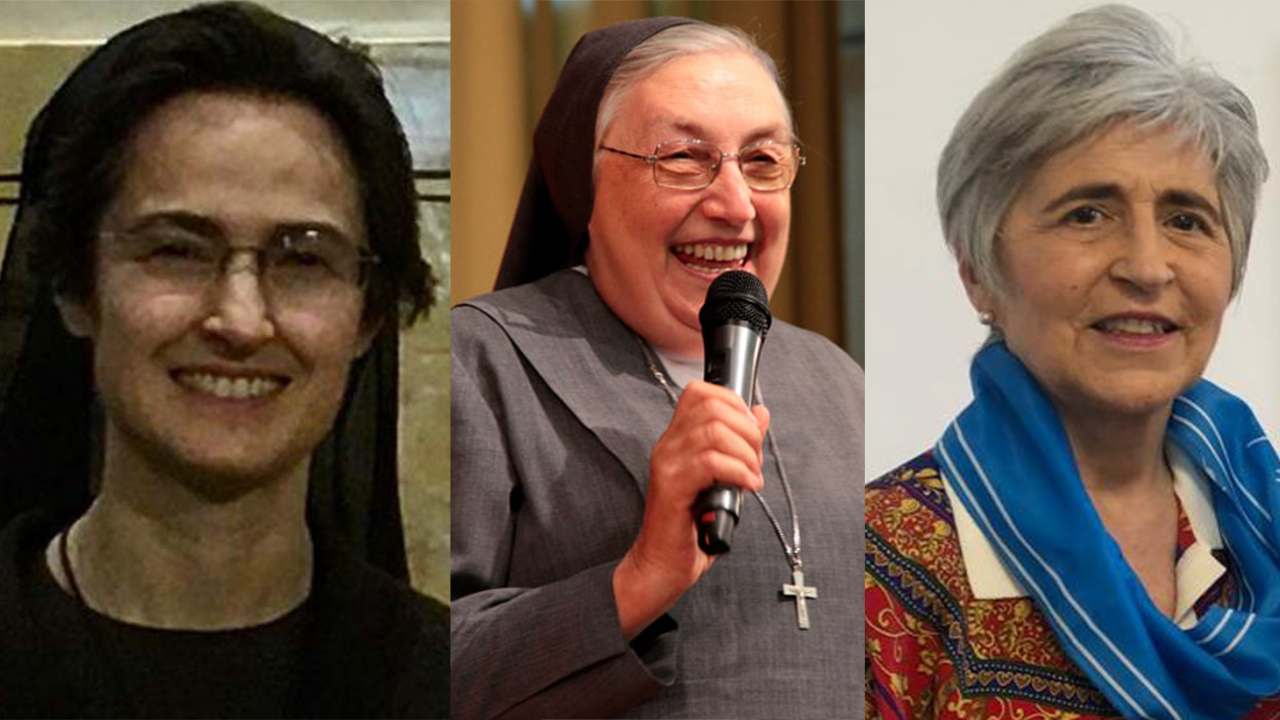 “I am open to being given the opportunity,” Pope Francis had anticipated in an interview with Phil Pullella, from the Reuters Agency, when he said that two women would be nominated for the Dicastery for Bishops.

Not two, as he had announced in the interview with Reuters, but three. This Wednesday, the 13th, among the new members of the Dicastery for Bishops appointed by the Holy Father are Sisters Raffaella Petrini FSE, Secretary General of the Governorate of the State of Vatican City, and Yvonne Reungoat, FMA, former Superior General of the Daughters of Mary Help of Christians; in addition to Dr. Maria Lia Zervino, president of the World Union of Catholic Women’s Organizations.

In an interview with the Reuters news agency, Francis talks about the valorization of women in the Roman Curia and explains that for the first time two women will work in the Dicastery …

In the interview with Reuters, in which he had anticipated that he would appoint two women to the Dicastery for Bishops, the Pope also announced that he envisaged in the future the possibility of appointing lay people at the head of Dicasteries such as Laity, Family and Life, for Culture and for Education, “or the Library, which is almost a dicastery”.

Francis also reminded the journalist that in 2021, for the first time, a woman had been appointed to the number two post of the Governorate of Vatican City, Sister Raffaella Petrini, now a member of the Dicastery for Bishops. But also Sister Nathalie Becquart, French religious of the Xavierian Missionary Sisters, undersecretary of the Synod of Bishops, and Sister Alessandra Smerilli, of the Daughters of Mary Help of Christians, number two of the Dicastery for the Service of Integral Human Development. Sister Carmen Ros Norten is undersecretary in the Dicastery for Religious.

Among the lay women who already hold high-level positions at the Vatican, in addition to Sister Petrini, are Barbara Jatta, the first director of the Vatican Museums, Linda Ghisoni and Gabriella Gambino, both undersecretaries in the Dicastery for Laity, Family and Life; Professor Emilce Cuda, Secretary of the Pontifical Commission for Latin America, Nataša Govekar, Director of the Theological-Pastoral Directorate of the Dicastery for Communication, and Cristiane Murray, Deputy Director of the Holy See Press Office. And in January 2020, a woman was appointed for the first time undersecretary of the Section of the Secretariat of State for Relations with States and International Organizations, Francesca di Giovanni, responsible for the multilateral sector. All were appointed by the current Pontiff.

The other appointed members are: Anders Arborelius, OCD, Bishop of Stockholm (Sweden); José F. Adlink, Archbishop of Manila (Philippines); José Tolentino de Mendonça, archivist and librarian of the Holy Roman Church; Mario Grech, general secretary of the Synod of Bishops; the bishops whose appointment as cardinal was recently announced: Arthur Roche, prefect of the Dicastery for Divine Worship and the Discipline of the Sacraments; Lazzaro You Heung-sik, Prefect of the Dicastery for the Clergy; Jean-Marc Aveline, Archbishop of Marseille (France); Oscar Cantoni, Bishop of Como (Italy); Archbishop Dražen Kutleša, Archbishop of Split-Makarska (Croatia), and Archbishop Paul Desmond Tighe, Secretary of the former Pontifical Council for Culture; Father Donato Ogliari, OSB, abbot of the Abbey of São Paulo outside the walls and apostolic administrator of the Territorial Abbey of Montecassino (Italy).