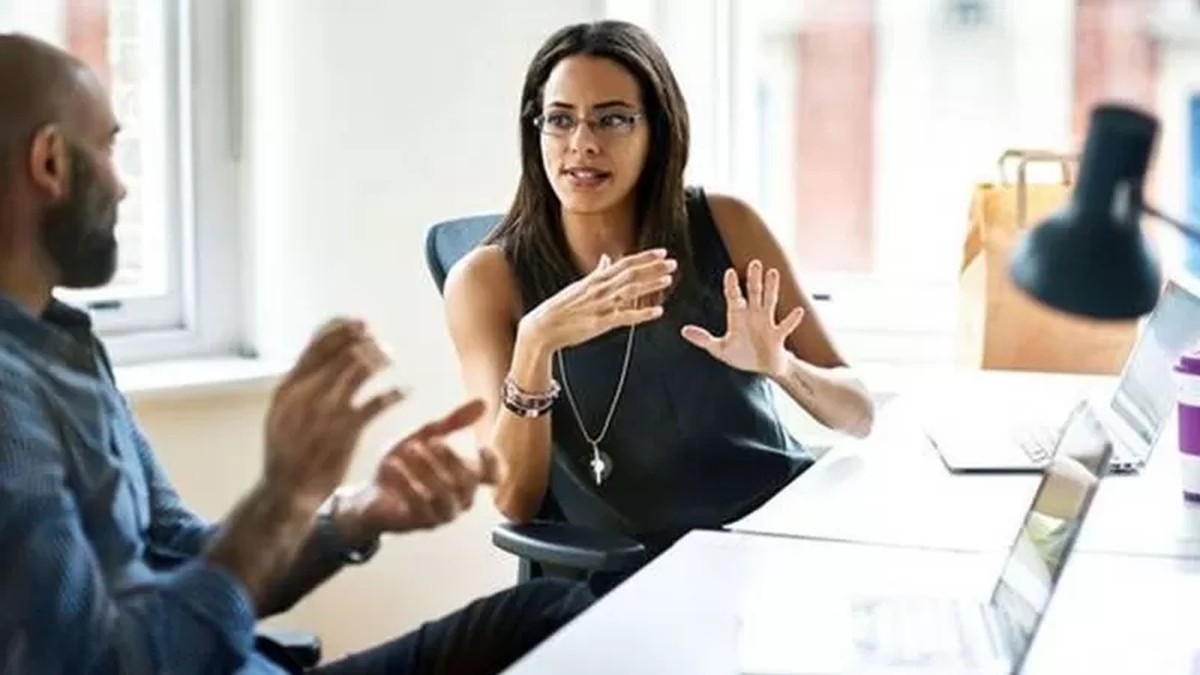 When Emily wanted to embrace the career of her dreams, she figured the best option would be to apply for an entry-level management position and work her way up to promotion.

There was an open position at a major entertainment company in London, and her five years working at other multinationals meant she met all the requirements.

The strategy seemed to be working. The company’s human resources department contacted Emily within days. But there was good news and bad news.

“They said my resume was impressive and that I was an exceptional candidate,” she says. “But in the interview, they told me that I was too qualified – that I would quickly get bored in a job below my experience.”

In return, the company promised Emily a new position. But in the end, that didn’t work out. Emily then got stuck in a job she wanted out of and still ended up in a dead end: she was too qualified for an entry-level position in the career she wanted, and she didn’t have enough experience to apply for a position in a position equivalent to her own. her.

Emily – identified only by her first name to protect her job security – was frustrated with this whole process.

“I would have preferred to have taken over from the original ad,” she says. “Maybe I would have found the job easy, but nothing would stop the company from promoting me if they thought I was good. Hearing that I was ‘too good’ at first was flattering. But when I realized I hadn’t gotten the job, I I felt cheated.”

At first glance, being overqualified for a job might seem like a good thing. A candidate with more experience would logically be placed at the top of the resume pile. And for an employer, hiring an employee who exceeds the job requirements seems like a stroke of luck.

But that’s not how it usually works. In fact, being overqualified can sometimes be a reason to be dismissed by companies. Perhaps against their own intuition, employers often reject candidates on the basis of too much knowledge and experience – even with the difficulty of finding available talent on the market.

‘Good is not necessarily good’

As workers progress in their careers, they typically take on more important positions, gradually building their way to managerial or executive positions. But the higher employees fly, the fewer work alternatives they have available.

“They’re heading towards the top of the pyramid,” explains Terry Greer-King, vice president for Europe, Middle East and Africa at London-based cybersecurity firm SonicWall. “The more experience they gain, the smaller their range of opportunities. Trying something different would require going back to the bottom of the pyramid.”

Employers should want to hire the most qualified and experienced candidates – but that’s not always the case — Photo: GETTY IMAGES via BBC

Sometimes employees want to take a step back to move forward. It could be for a career change, as in Emily’s case, or because an experienced worker, struggling to climb the next rung of the ladder, decides to move sideways or down, projecting a future gain.

Personal circumstances can also influence this issue. A transfer or return to work after a career break can lead a worker to accept a lower position.

But while these circumstances may seem like good reasons for applicants, finding workers applying for positions that are seemingly “below” their current career level can be a red flag for recruiters.

For Greer-King, an overly qualified candidate’s resume may indicate that he changes jobs frequently or remains stagnant, causing suspicion.

“To hire someone, you have to be paranoid,” he says. “If someone is moving down a level or two and has probably already reached what the position offers, you need to ask what their motives are.”

There are candidates who can successfully explain their motives and convince companies that they really want to take that step back, but others can attract recruiters’ fears that a lower position will make them unhappy.

The concern is that the overqualified employee will soon feel unchallenged, becoming bored and anxious for the next change.

“When someone joins a company, it can take anywhere from three months to a year to be fully productive,” explains Greer-King. “Even someone overqualified for the position can’t come and do the work. You have to understand the culture, processes and technology. So investing all that time in someone, only to have them leave six months later, is not the most smart when hiring.”

Senior employees in industries where the corporate ladder is well established, such as management consulting, can be particularly vulnerable to the dangers of overskilling.

“Someone can have deep experience in one field, apply for a job in another, and only end up hearing from the recruiting team that they should apply for a higher position,” says Davis Nguyen, founder of My Consulting Offer training school. , as in the United States. “But if the company doesn’t have an open position [naquele nível]the candidate ends up being rejected.”

To reject these workers, employers can claim that they have too much experience for the job. Or, sometimes, they report that they are simply not the best fit for the company.

“Employers want to hire the right person, at the right time, who can grow in the role, develop and mature,” says Greer-King. “Employees often want challenges. As a result, they tend to be happier and stay longer.”

Question of agility and flexibility

“Someone ‘too good’ for the job will only be beneficial to the company in the short term,” says Shelley Crane — Photo: GETTY IMAGES via BBC

Of course, some nimble employers are able to take advantage of these overskilled workers.

Greer-King argues that specifically small businesses, less constrained by corporate hierarchies and structures, are better able to hire employees who are too highly qualified. “The startups [empresas de tecnologia iniciantes] they’re agile and flexible,” he says. “They can hire an overqualified candidate and justify that hire with a job title and salary that’s appropriate for their experience.”

Agile employers can also hire overskilled workers and promote them quickly, anticipating any feelings of boredom, according to Shelley Crane, director at UK-based human resources firm Robert Half. In this way, companies benefit from the employee experience, maintaining their motivation and long-term commitment.

“Someone ‘too good’ for the job will only be beneficial to the company in the short term,” she says, “unless there are excellent opportunities for internal growth.”

Companies may also be more willing to accommodate younger, overskilled workers. Greer-King claims that her motives for a downward shift can be more easily justified.

“The older you are, the greater the cost of a junior position – and the more likely your immediate need is financial. Hiring an older candidate would also mean that he is not only being headed by someone with less experience, but also by younger than he is – which can create structural issues,” he explains.

At the moment, the hiring crisis in some parts of the world means that employers can no longer be so selective about overskilled workers. Greer-King recognizes that weeding out candidates with excessive experience is more difficult when the battle for talent is at its most intense.

But Crane says companies are more focused on retaining current employees, and overqualified candidates are still being laid off. “In today’s market, it can be expensive and time-consuming to find someone new,” she says. “When overqualified employees leave the company, the company usually returns to where it started.”

Workers eager for change may be tempted to deliberately reduce their knowledge or omit experiences from their resumes, but Shelley Crane does not advise this practice. As the candidate’s work history will likely be discussed at the job interview, any dishonesty may be discovered later in the process.

“It’s never a good idea to dry your resume,” she says. Crane also advises professionals in general not to apply for positions for which they are overqualified: “Someone who applies for several positions below their level of expertise and is rejected can have a catastrophic effect on their confidence.” .

‘They took my choice away’

Patience and a determined job search can pay off, but the reality is that there are seasoned candidates who may not succeed – and it’s not their fault. This can happen to senior-level employees, especially those who have worked at the same company for a long time.

“They may have become ingrained in the culture of another work environment,” says Terry Greer-King. “It makes them less malleable.”

But the inconvenience of being overqualified can hurt anyone, as it did for Emily. Although she never quite achieved her ideal position, she eventually turned towards the career she wanted, finding a position at a smaller entertainment company that turned out to be a promotion over her previous job.

But the experience of being considered too qualified for her dream job made her question why a company would prefer to isolate a good worker like her, who was happy to start at the bottom and willing to add value to that company.

“I applied for the position because I really believed I could offer a lot to that company,” she says. “It was my choice. Saying I was overqualified took that choice away from me.”

Read the original version of this report (in English) on the BBC Worklife website.

Previous Xbox Cloud Gaming has worse graphics on Linux, but you can fix it – Tecnoblog
Next Emma Roberts Wants To Return For Season 3 Of ‘Scream Queens’: “It’s Time!”

The Deputy Attorney General of the Republic Elizete Ramos complained, during a session of the …