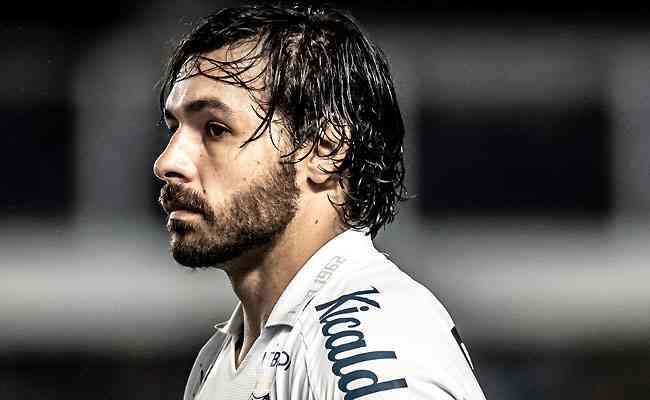 Ricardo Goulart terminates contract with Santos; destination can be cruise

Ricardo Goulart’s time at Santos has come to an end. This Tuesday (12), the attacking midfielder settled his termination with Peixe. The bond was valid until the end of 2023. In order to reach an amicable agreement with the club, he gave up all the amounts he would have to receive until the end of this period. According to journalist Andr Hernan, Goulart may return to Cruzeiro. The attacking midfielder would be in the plans of Ronaldo Fenmeno’s gesture at SAF cruzeirense.

Goulart was twice Brazilian champion for Cruzeiro in 2013 and 2014 and became the fan’s idol. In January 2015, it was sold to Guangzhou Evergrande of China for €15 million.

With the Cruzeiro shirt, Ricardo Goulart played 106 matches and scored 38 goals. At Toca, he was still champion of Minas Gerais in 2014.

Goulart can no longer play for another Serie A club this year. Against this backdrop, his return to Cruzeiro becomes an attractive deal for both parties.

A possible agreement will depend on Goulart’s framework in Cruzeiro’s salary policy. The Minas Gerais club has a turnover of around R$2.7 million in Series B and is not willing to spend more than it earns.

The 31-year-old was signed in January this year and says goodbye after 30 matches, four goals and three assists.

Goulart arrived at Alvinegro Praiano with great status. The midfielder took on the club’s historic number 10 shirt and was seen as the great hope for the Santos season.

And the beginning of his career in Vila Belmiro was, in fact, promising. The athlete was one of the main responsible for helping Peixe to escape Paulisto’s Serie A2 relegation. However, he has dropped in income in recent months.

Goulart’s last goal was on March 19, in a 3-2 victory over gua Santa, in the last round of the State Championship. Since then, there have been 19 matches without breaking the net.

The drop in performance coincides precisely with the period in which Fabin Bustos coached Santos. With the Argentine commander on the bench, the midfielder lost a lot of space. In the club’s last six games of the season, for example, he has only spent 20 minutes on the pitch.

Last Sunday, by the way, he wasn’t even listed for the 1-0 victory over Atltico-GO. According to Santos, Goulart had muscle discomfort.

Now, therefore, Ricardo Goulart is free on the market. Throughout his career, the midfielder has also played for Internacional, Gois, Cruzeiro, Palmeiras and Guangzhou Evergrande, from China.