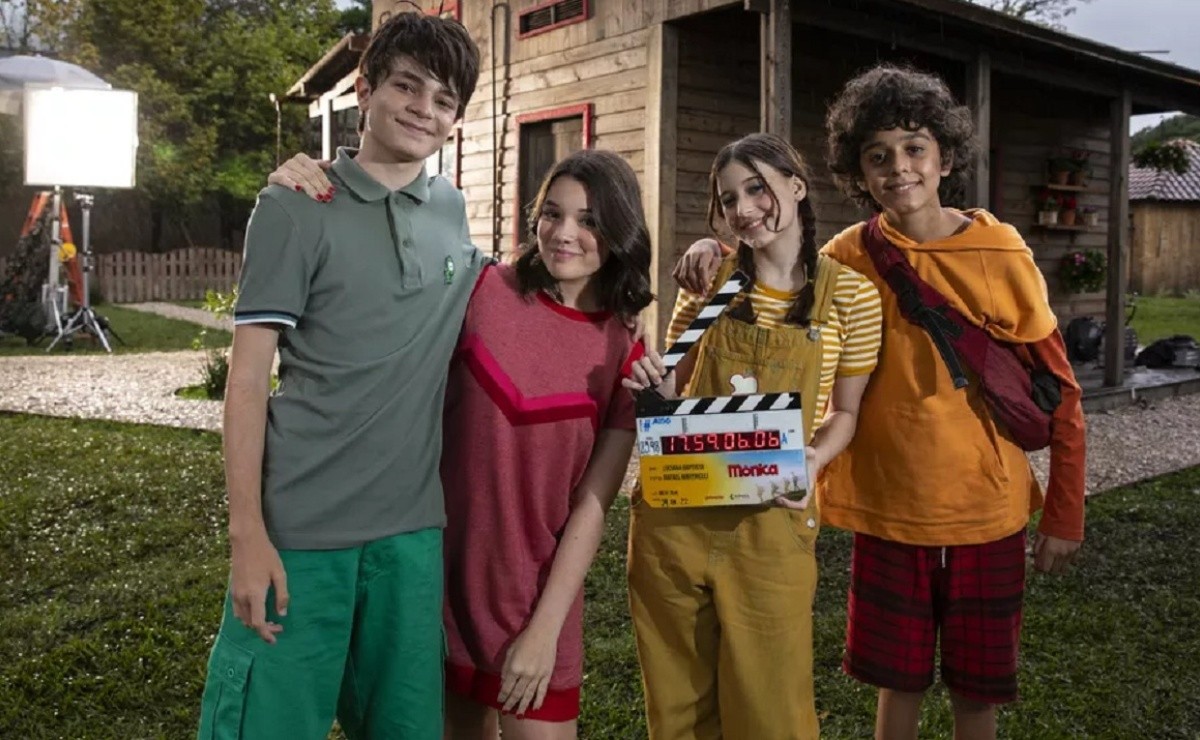 The premiere of ‘Turma da Mônica – A Série’, Original Globoplay produced by Biônica Filmes and co-produced by Mauricio de Sousa Produções, also marks the kids’ vacation month. One of the most loved children’s stories by Brazilians features Mônica (Giulia Benite), Cebolinha (Kevin Vechiatto), Magali (Laura Rauseo), Cascão (Gabriel Moreira) and Milena (Emilly Nayara) in the role of the leading quintet. The plot will show the arrival of Carminha Frufru (Luiza Gattai) to the Limoeiro neighborhood and her sabotage of a party. Monica and her friends become the main suspects and will need to overcome their insecurities and reveal their secrets to decipher the mystery. ‘Turma da Mônica – A Série’ also has the special participation of Mariana Ximenes, Fernando Caruso, among other actors. The work has final writing by Mariana Zatz and general direction by Daniel Rezende.

Emotions from the second part of the fifth season of ‘The Good Doctor’ will also be available this month. The final episodes of the exclusive series continue to arouse many curiosities with the preparations for the wedding of Shaun (Freddie Highmore) and Lea (Paige Spara) and the daily life of the staff at San José St. Bonaventure.

The long-awaited premiere of ‘Medida Provisoria’, the first fiction feature directed by Lázaro Ramos, on streaming is one of the highlights of July on Globoplay. A success among film critics and also at the box office in the country, the film is made up of renowned talents such as Taís Araújo, Adriana Esteves, Renata Sorrah and Alfred Enoch. The plot takes place in a dystopian future in which the Brazilian government forces “Afro-descendant citizens” to return to Africa, creating chaos, protests and a resistance movement that inspires the nation. ‘Provisional Measure’ is co-produced by Globo Filmes.

Another great national movie title arrives on the platform in July: a novel that rocked several generations, inspired by an iconic song written by singer-songwriter Renato Russo. In ‘Eduardo e Mônica’, co-production by Globo Filmes, the couple starring Alice Braga and Gabriel Leone do everything to overcome their differences and live the greatest love story of all time.

‘Medida Provisoria’ and ‘Eduardo e Mônica’ are two successful feature films released this year, as well as the children’s production ‘Meu Amigãozão – A Maior Aventura de Todas’. All arrive at Globoplay in July.

Globoplay also brings good news for soap operas on duty. Two memorable titles arrive for streaming within the project to rescue the classics of dramaturgy. Set in the fictional Resplendor, in Chapada da Diamantina – inland of Bahia -, the work ‘Pedra sobre Pedra’ tells the story of Murilo Pontes (Lima Duarte) and Jerônimo Batista (Felipe Camargo), of rival families and in love with the same woman, Pilar (Claudia Scher/Renata Sorrah). Another great hit that joins the catalog this month is ‘War of the Sexes’. The original version of the work portrays the love-hate relationship between cousins ​​Charlô (Fernanda Montenegro) and Otávio (Paulo Autran), who together star in one of the most iconic scenes in Brazilian teledramaturgy.

The end of the fifth season of the Original Globoplay series ‘Under Pressure’ is another highlight of the month. Carolina (Marjorie Estiano), Evandro (Julio Andrade) and the entire medical team at Edith de Magalhães Hospital face many doubts and trials in episodes that address the mental and physical health of health professionals.

‘Trace Trends’ is back and with a new look. Fruit of the partnership between Globoplay and Multishow, the new season of the program promises to show the best of Afro-urban culture in the life and reality of all corners and peripheries of the country. With its new format, docu-reality, packed with lots of music and humor, the attraction will bring life stories of personalities and anonymous people, diversities, African origins, as well as transformative projects and elements that connect with what it means to be Brazilian.

For those who are fans of pagode, country music and football, it’s time to enjoy the second season of ‘Clube do Araújo’, Globoplay’s original docuseries. The project by singer Felipe Araújo brings together great names in football and music, such as Neymar, Vinicius Junior, Thiaguinho and Ferrugem, and shows the backstage, the creation process and the realization of the party that bears the same name as the series. The first season is also available on the platform.

Previous Tourist is surprised by avalanche when recording mountain range; Look
Next “Santos also sees it as better…”; Maranhão sees Peixe ‘run over’ planning and the steering wheel’s future is highlighted in this 3rd