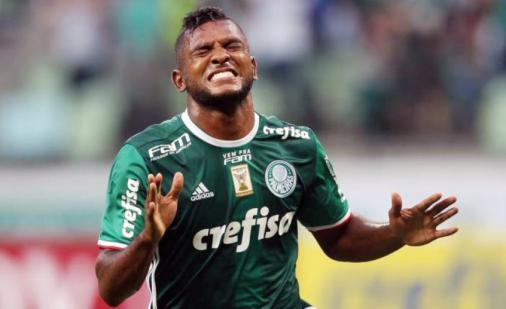 With Borja negotiation, Palmeiras reaches 86% of what budgeted in player sales for 2022

The dreaded transfer window is there to worry Brazilian fans, including those from Palmeiras. But the club seems to be strengthening its finances so it doesn’t have to part with its main players. This is because, with the negotiations between Gabriel Jesus and Borja concluded, Verdão starts to reach around 86% of what was budgeted for the sale of athletes this season.

In its budget for 2022, published on the official website, Verdão plans to raise R$132.728 million, which we can round up to R$133 million. A high amount, which means a good part of the year’s revenues, but the fact is that until April more than half of this amount was already in the alviverde coffers, more precisely R$ 76.177 million, which means 57% of the total predicted by the leaders.

Such values ​​come from negotiations such as that of Patrick de Paula to Botafogo, Borja to Junior Barranquilla, percentage of Fernando who left Shakhtar Donetsk for Red Bull Salzburg, and Pedrão, permanently negotiated with Portimonense, in addition to amounts related to previous deals that paint on the account.

But the trend is that the amount does not stop there. It remains, for example, to add the extension of Lucas Esteves’ loan to Colorado Rapids, which had not yet fallen into the club’s account. But the real prize comes from the conclusion of negotiations between Borja with River Plate, and Gabriel Jesus, with Arsenal. Two players that are not part of Abel Ferreira’s squad, but yield values.

Regarding the transfer of Gabriel Jesus, Palmeiras was entitled to 5% of the deal, plus 2.09% from FIFA’s solidarity mechanism. Arsenal paid 45 million pounds (R$290 million) to Manchester City to keep him, and Verdão had access to 7.09% of that, that is, around 3.19 million pounds (R$ 20.57 million). millions).

Borja’s deal with River Plate is a little different, as when Palmeiras sold the Colombian to Junior Barranquilla, they kept 50% of the player’s rights. Thus, with the transfer of around US$6.5 million (R$35.3 million), Verdão has US$3.25 million (R$17.7 million) in its coffers.

With more R$ 38.3 million coming from Jesus and Borja, Palmeiras reaches around R$ 114.5 million collected from transfers of athletes in six months of the year. This means approximately 86% of the total budgeted by the club for this season (R$ 133 million). In other words, Alviverde would need to sell less than R$ 20 million to “close the account”.

This is, in a way, a relief for the fan, as there seems to be no need to negotiate the main names of the squad, unless the proposal is irrefutable and the player really wants to leave. In addition, these almost R$ 20 million can be accumulated by other indirect sales and old values ​​that should arrive in the Palmeiras coffers. Verdão makes money without changing the squad.

photo: YouTube reproduction Maicon spoke about Cruzeiro’s departure and criticized the actions of the football …