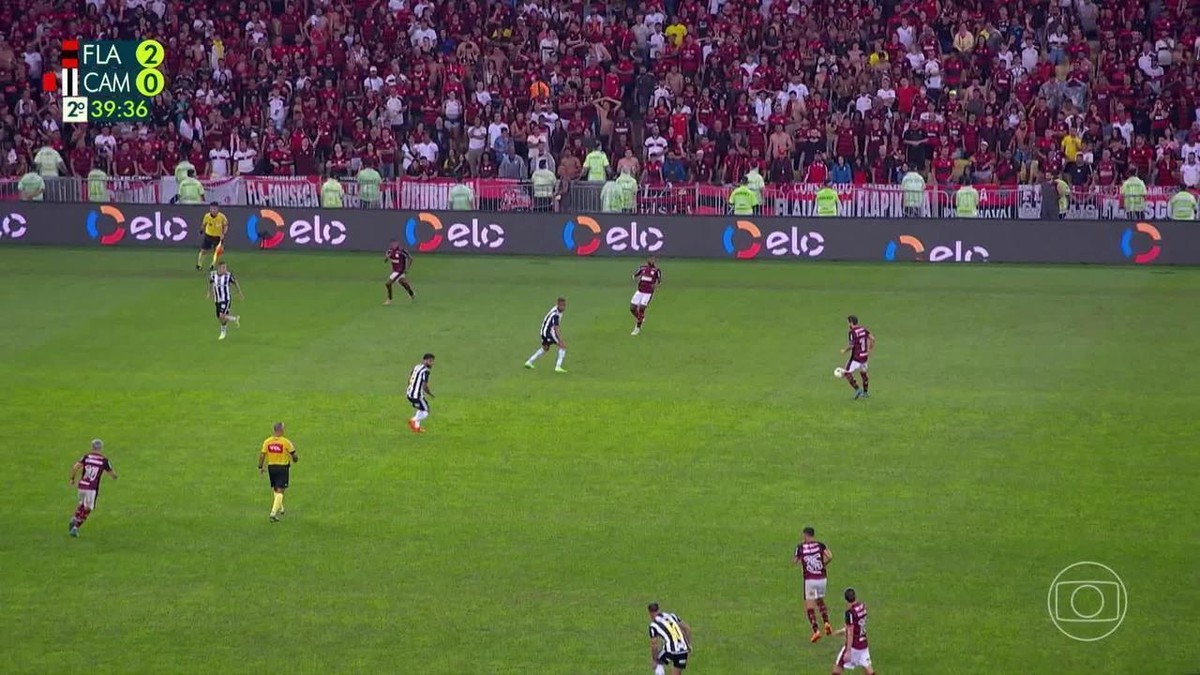 It was another visit by Atlético-MG to Maracanã to be remembered, learned and corrected. If forgotten, it tends to repeat itself. Antonio Mohamed was wrong a lot. The Galo coach, with a cooler body posture, saw the team succumb to the “hell” set up by Flamengo.

The current champion of the Copa do Brasil is eliminated in the round of 16 of the competition. The draw was cruel, Lázaro’s goal, in the first leg, even more so. And Alvinegro’s performance at Mineirão was an accumulation of bad chapters. The errors of Allan and Alonso in the points of origin of the goals of Arrascaeta jump to the eyes, but Atlético was moving away from the classification in an accelerated way.

If it weren’t for at least two interventions by goalkeeper Everson, the disaster would be greater. If against Fluminense, in the 5 to 3, the attack at least managed to balance the score of a weak performance, Hulk and company didn’t even hit the target of goalkeeper Santos.

Jair came to scare with a header, in the first half. Hulk, well-marked, and without the proximity of attacking companions, isolated a pass in the second half, when catching first, left-handed. The atmosphere of Maracanã weighed on his shoulders.

Turco Mohamed only changed the team when the damage was established with the 2 to 0. He chose to start the game with Ademir in the place of Vargas, Jair in place of Otávio. In the beginning, Zaracho was the left winger, with Ademir in his constant place. Then came the 4-4-2, with Nacho displaced in the left half, Zaracho in the right. Did not work.

Atlético’s resistance lasted 45 minutes. Allan missed, lost in the body of striker Pedro. And then came Arrascaeta’s goal move. Ball stuck between Arana and Nathan Silva. The former Cruzeiro player is a thorn in his side. With a cart, he opened the scoring in stoppage time.

Atlético returned with the same formation. But breathed in the game. He had more possession of the ball. He tried to hurt Flamengo. Nothing produced. The ball was on the ground, the stand-up start was again a failure. Junior Alonso got into trouble, he had no one to play with. Flamengo bit, Pedro stole, and the Paraguayan was fouled.

In Everton Ribeiro’s free kick, Arrascaeta was free at the head of the area. He occupied the empty space on the far left. Fatal headbutt, confirmed by VAR. The broth spilled once when Junior Alonso ended up receiving the second yellow card, and sending off, for killing a counterattack.

The 4,500 athletes still had to wait about 1 hour after the final whistle to leave Maracanã. Nothing that compares to the night of Hulk, who stayed until 3 am in anti-doping, with difficulties in completing the collection of urine for examination.

Turco Mohamed explained little of the reasons for the bad performance of the Rooster. He owes better speeches, especially with regard to the field of solutions. Atlético will fight for the Brazilian and have Palmeiras in Libertadores. Reinforcements are in Cidade do Galo, the calendar is less tight, and any elimination is an opportunity to join forces, correct routes and seek titles. It was like that in 2021.

“The Rooster didn’t play anything!”, criticizes Carol | The Voice of the Crowd

Previous Raphinha at Barcelona: see how much Avaí should profit from the FIFA mechanism | Hawaii
Next Environmental Squad locates two stolen construction iron columns in Piracicaba