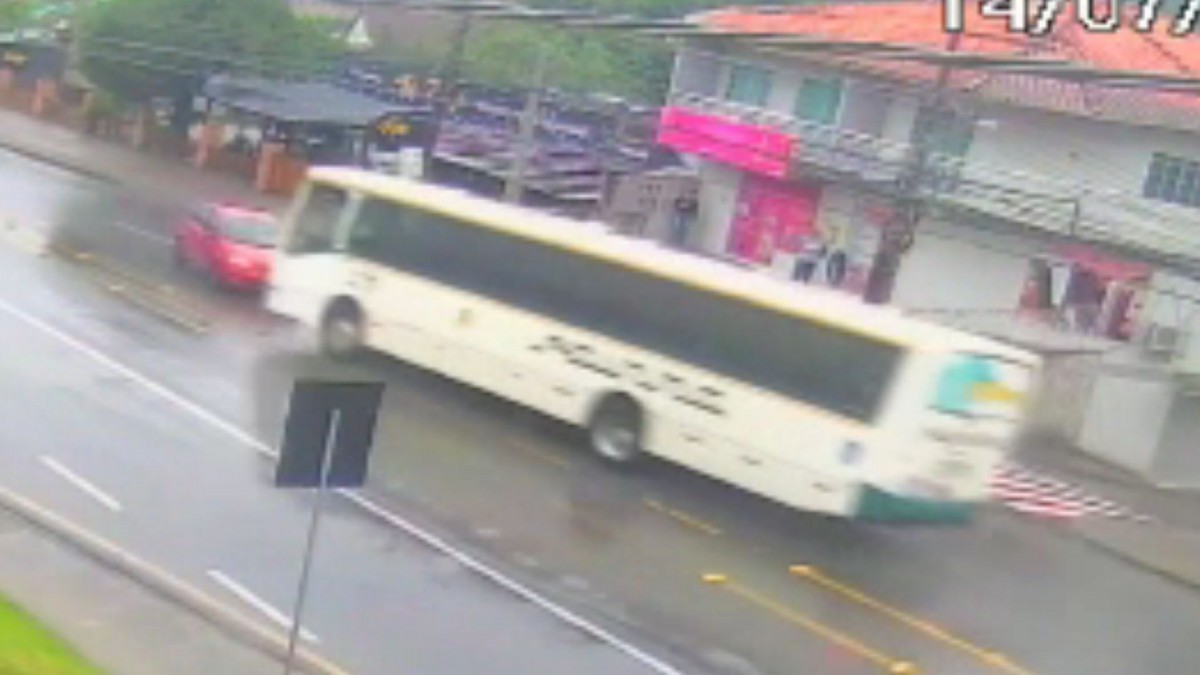 Camera records moment that car and bus collide on Bahia street, in Blumenau

A car collided head-on with a bus this Thursday morning, 14, on Bahia Street, Salto Weissbach neighborhood, in Blumenau. Traffic slowed in the area due to the accident.

A security camera captured the moment of the collision. According to the video, the Citroen C3 car invades the opposite lane and ends up hitting the Rainha company bus.

Check out the video

The Municipal Traffic Guard (GMT) went to the scene and used sawdust to clean the oil on the track. The Military Fire Department was also called and is at the scene performing assistance.

Read too:
– After the Samae supply network breaks, the Blumenau region may run out of water
– Young man comes home after work and finds house broken into in Indaial
– Blumenau will franchise the first waffle fast food chain in Latin America
– Futsal player fights cancer as she takes to the court for her team in Guabiruba
– Intercity buses will be more expensive in Santa Catarina