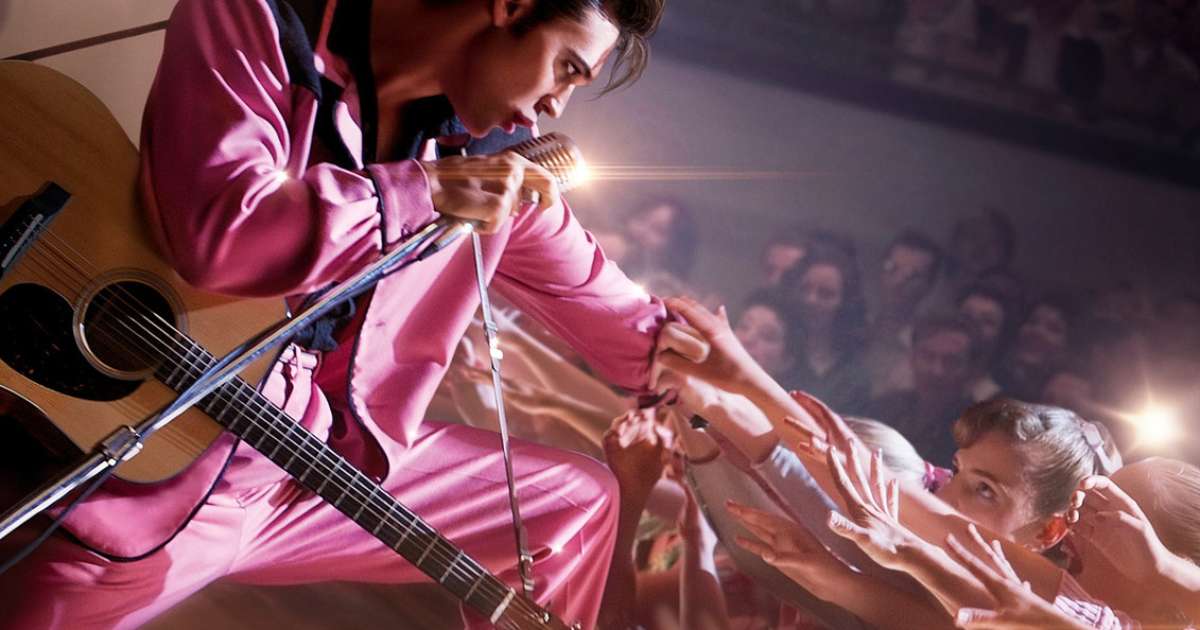 “Elvis” is the main opening of the cinemas

The production about the life and career of Elvis Presley is the main release of the week in Brazilian cinemas. One of the most applauded films of the last Cannes Festival, it arrives with the endorsement of the singer’s daughter and grandchildren, who gave several emotional testimonies about the production.

The novelties also include “Crimes of the Future”, veteran filmmaker David Cronenberg’s return to terror – which made people abandon cinema in Cannes -, two European films and two national productions. Check below for more information and the trailers for all the titles that will be playing this Thursday (7/14).

The King of Rock biopic directed by Baz Luhrmann (“The Great Gatsby”) has everything fans could wish for, covering every phase of the singer in an exquisite, painstaking recreation. More than that, Luhrmann connects the extremes, finding in the awakening of the boy Elvis Presley’s interest in the musical and fervent performance of black pastors’ services the inspiration for his sexual trance in the first shows and the gospel repertoire of the end of his career.

Many of the scenes reflect the hysteria aroused by his performances, closely watched by the conservative backlash that tried to censor him. To embody the frenzy, Austin Butler (“Once Upon a Time in…Hollywood”) transforms, showcasing the singer’s swagger and redneck accent to perfection. More than that: as the story arc is ambitious, he needs to evolve quickly on screen, from a young rocker of the mid-1950s to a mature man on his triumphant return of 1968 until he enters the final phase of his career, in the mega shows of the 1950s. 1970. To top it off, his performance is so complete that, instead of dubbing, the actor actually sings the songs he presents in the film.

“Elvis” also highlights the actor Tom Hanks (“Finch”) quite transformed as Colonel Tom Parker, manager of the King of Rock, who narrates the story, in addition to Olivia DeJonge (the Ellie of the series “The Society”) in the the role of Priscilla, the singer’s wife, and Maggie Gyllenhaal (the Candy from “The Deuce”) as Gladys, Elvis’ mother.

| CRIMES OF THE FUTURE |

The bizarre sci-fi arrives without a translated title, but with exaggerated expectations as it marks the return of director David Cronenberg to the biological horrors of the beginning of his career. In fact, it reminds me of this phase of the filmmaker so much, that even the effects seem period, without any computerized treatment.

Centered on biological mutations and body art performances, the film draws more attention for its subversive ideas – phrases like “surgery is the new sex” – and for its decadent setting, in a future where everything seems old – without computers, nor cell phones. The plot is as nonsensical as that of “Videodrome” (1983), and with unresolved loose ends.

In this future where technology seems alien, people are spontaneously mutating, with the emergence of new internal organs. The protagonist, played by Viggo Mortensen (“Green Book”), is a performer known for transforming his body into a spectacle, extracting, with the help of his wife (Léa Seydoux, from “007 – No Time to Die”), his own mutations. in front of an ecstatic audience.

He is also a volunteer assistant to a bureaucratic organization created to catalog the emergence of new organs – and his unique biology delights the two in charge of this process, played by Kristen Stewart (“Spencer”) and Don McKellar (“Essay Against Blindness”). . As if that wasn’t enough, he’s secretly still a police informant, hunting pro-mutation revolutionaries, determined to use the artist’s notoriety to shed light on the next phase of human evolution.

The French musical comedy follows Tralala, a singer from the streets of Paris who takes seriously the message “Above all, don’t be yourself”, left by an unknown young man. When a 60-year-old woman mistakes him for her own son, who disappeared 20 years ago in the United States, he decides to take on the role.

The film is directed by Arnaud Larrieu and Jean-Marie Larrieu, and marks the duo’s third collaboration with Mathieu Amalric. The previous one was nine years ago, in “Love is a Perfect Crime”, which also featured Maïwenn in its cast. In addition to them, the production brings Mélanie Thierry (“The Zero Theorem”), Denis Lavant (“Holy Motors”) and Josiane Balasko (“It’s All Included!”).

Elisa Mishto’s first film, the German drama revolves around a spoiled girl (Natalia Belitski, from the series “Perfume”) who follows two rules: always wear gloves and never do anything. She doesn’t work, she doesn’t study, she doesn’t have friends. Doesn’t even care. And this nihilism makes her also not caring about others, committing dangerous acts, which lead to her being detained and medically monitored. During her treatment, a nurse her age, the mother of a child, decides to confront her. But, at the same time, she is influenced by her, in a contact that takes the two to the limits of their respective worlds.

The grandson of a sailor who survived the Whip Rebellion tries to turn the story he heard from his grandfather as a child into a documentary. In the 1910s, the old man was friends with Ho Chi Minh, brought the future Vietnamese leader to Rio de Janeiro and introduced him to socialism. That friendship changed the history of the 20th century.

It seems too crazy to be true. But the unifier of Vietnam did have a forced stay in Brazil for a few months and was impressed by the story of the black northeastern José Leandro da Silva, known as Pernambuco, union leader active during the Maritime Strike. So much so that he wrote a text called Solidarity of Classes, inspired by the Brazilian revolt, in which he spoke about racism and proletarian fraternity.

The memory of this little-known historical passage marks the debut of screenwriter-producer Cláudia Mattos (“180 Graus”) as director.

The title street is in the center of Belo Horizonte and has been one of the largest red-light districts in Brazil since the 1950s. In the region, there are more than 25 hotels, with approximately 3,000 sex workers. Director Joao Borges got permission to follow the routine of one of these addresses, documenting the daily lives of professionals in situations that evoke real-life dramas and even comedies. 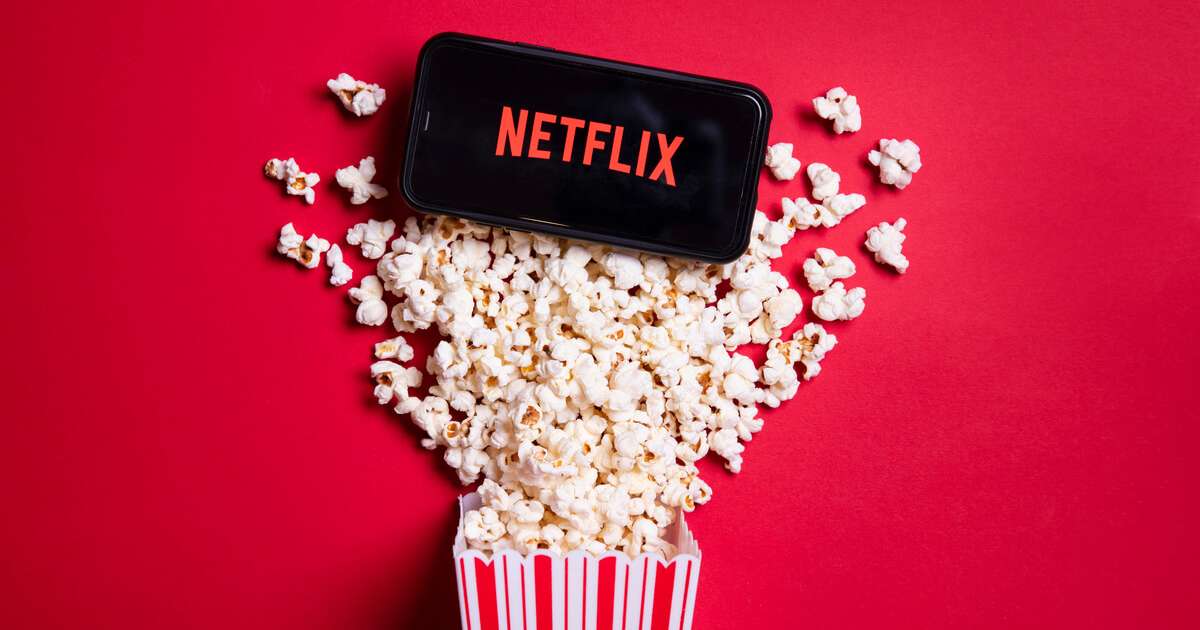