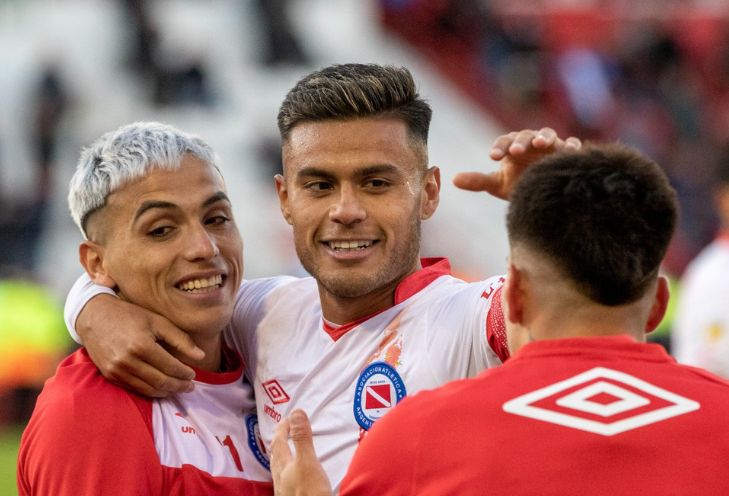 European team should not invest in signing Corinthians target

Midfielder Fausto Vera has been pointed out as a possible reinforcement for Corinthians for the second half. A highlight of Argentinos Juniors and the Argentine Olympic team, he is monitored by several clubs. But it seems that Timão will have one less competitor in this dispute. That’s because this Wednesday (13), Genk, from Belgium, agreed to hire Nicolás Castro, from Newell’s Old Boys.

Ignacio Astore, president of Newell’s, confirmed this negotiation. According to the manager, the negotiation was closed for 3.2 million euros (about R$ 17 million), but 450 thousand euros (R$ 2.4 million) for goals. Thus, it is unlikely that the European club will also invest in the purchase of Fausto Vera.

As informed by Cristian Malaspina, president of Argentinos Juniors, Corinthians made an official proposal to buy part of the federative rights of Fausto Vera. The latest findings are that the amount offered was 4 million euros (approximately R$ 22 million) for 70% of the athlete’s rights.

And the probable departure of Genk may favor Timão. This is because the club must not enter an auction to sign the player. As determined by Sports Gazette, the alvinegro leaders do not consider increasing the initial proposal. With the departure of a European team, the possibility of him going to Parque São Jorge increases.

But it is important to mention that Flamengo and River Plate are also mentioned as interested in the player. In the case of River, the issue of the rise of the dollar in Argentina may weigh. However, Mengão has already made it clear that he is looking for reinforcements next season. And with cash in hand, it is possible that the Rio club will also enter the negotiation.

But with the good campaign in the Brasileirão and the awards in the World Cups (Libertadores and Copa do Brasil), there is a possibility that Timão will understand that it is worth investing in an athlete like Fausto Vera. It is worth mentioning that the athlete is only 22 years old and theoretically would have a potential for future resale.

It calls attention to the values ​​that are being cited in the proposal. This is because the last hires were made without any purchase investment. With the exception of the negotiation involving the young Giovane, Corinthians settled with players who were free on the market or on loan, as was the case with Yuri Alberto.

In addition, there is doubt whether the club will be able to keep Maycon and also the European interest in Du Queiroz. In this way, Vera could be an important part of the season and assume absolute ownership in the event of the departure of one of the aforementioned athletes, either this season or in 2023.