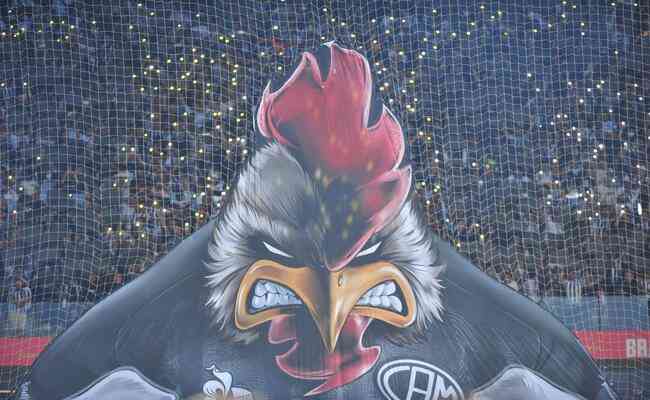 The Flamengo forward Gabigol put the rivalry aside and praised the Atlético fans, after the confrontation between the teams, for the round of 16 of the Copa do Brasil – the red-black got the better and advanced to the next phase.

After the match at Maracan, won by the team from Rio de Janeiro 2-0, with goals from Arrascaeta, the red-black striker highlighted the celebration made by the fans in both matches, praising the performance of the white-and-white fans in Mineiro, in the first leg – which, on a night of great performance by Hulk, it ended with a 2-1 victory for Galo.

“There, they also had a great party, the Atltico fans were very beautiful, who made mosaics, fireworks. We also felt their pressure. (…) In the end, there were two beautiful parties, with two great clubs and I’m glad Flamengo passed”, commented Gabigol.

Inside Maracan, the atmosphere was festive. Before the duel in Rio, however, Flamengo fans protected violent moves.

There were long lines at the entrance to the stadium when they forced their way in and stormed the Maracan. Images showed a lot of running and flamenguists overcoming barriers to enter, even without presenting a ticket.

The police tried to intimidate the fans using pepper spray, but many went with the flow and managed to reach the stands of the stadium.

Confused in the rooster crowd

There was also confusion at the entrance of the athleticans. According to reports from Atlético supporters, flamenguists tried to overcome the barriers created by the Military Police of Rio de Janeiro. The intention was to enter the Maracan by the sector highlighted for the alvinegros.

The PM acted and the confusion was quickly dispersed. With stun bombs and rubber bullets, the police drove the Flamengo crowd away from the scene, even though the scene caused apprehension in those who were there.

In addition, the bus that transported the Atletico delegation to Maracan was stoned. As a result, one of the vehicle’s windows was shattered.