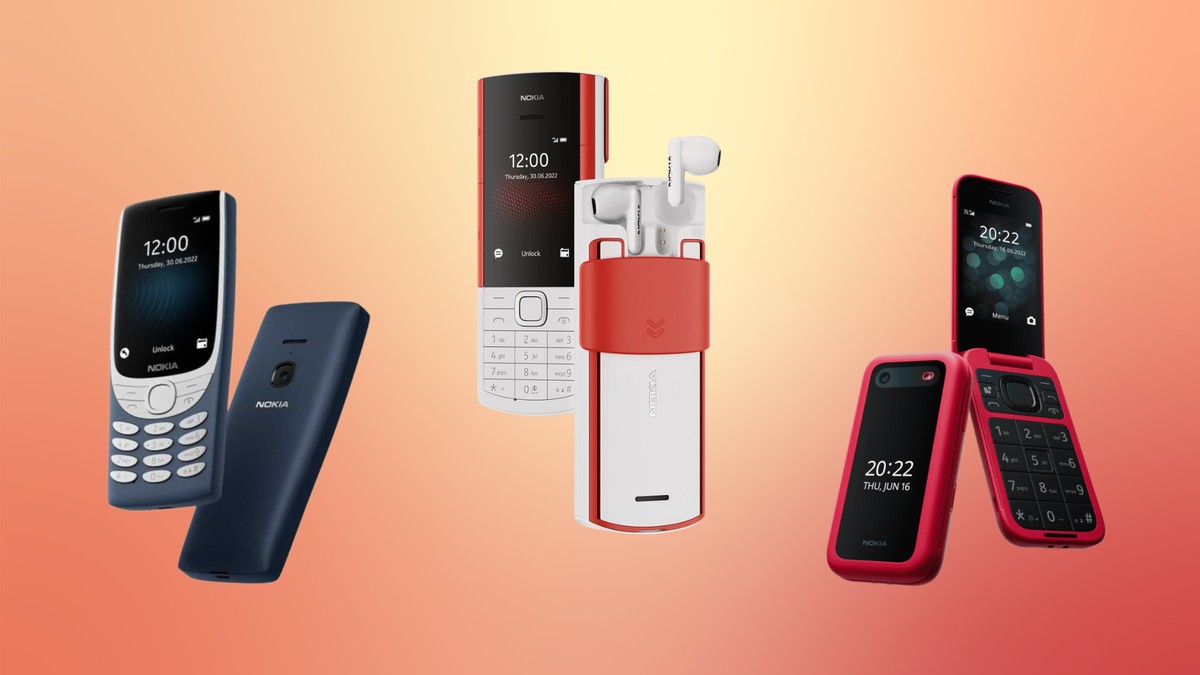 Nokia cell phones from the early 2000s were the darlings of the public and were known for their durability. Now, the company decided to bring the classic “bricks” back, but with a more modern feel and 4G connection: versions of Nokia 8210 4G, Nokia 2660 Flip and Nokia 5710 XpressAudio were announced. Known as feature phones, these basic devices are designed for users who only need a phone to send text messages, make calls and listen to music.

Abroad, the three models inspired by classic cell phones already have a launch price and should arrive in the UK at the end of July. However, it is not yet known whether the manufacturer has plans to launch these products on Brazilian soil. According to the Finnish manufacturer, the new devices were designed especially for those who want to “escape technology fatigue” and the culture of mega-exposure on the networks.

🔎 Remember 10 iconic mobile brands that disappeared from the map

Nokia launches include feature phones based on the company’s classics — Photo: Reproduction/Nokia and Arte/GizChina

📝 Would you buy a Nokia with Android? Join the conversation on the TechTudo Forum

Nokia has brought all the essence of the company’s classic cell phone launched in 1999. Inside, the Nokia 8210 4G comes with a removable 1,450 mAh battery, which promises up to 19 days of charging in standby mode. In addition to features such as FM radio and an MP3 player, the phone comes with the famous snake game. About storage, it’s only 128 MB, much lower than the traditional 128 GB that intermediate smartphones usually bring.

The small color screen of this Nokia runs at a resolution of 240 x 320 pixels. It has 2.8 inches for displaying web content to the user. A modest 0.3 MP camera is also present in the Nokia 8210. About construction, the device is still made of polycarbonate. The model costs US$ 59, which gives R$ 320 in direct conversion.

Flip phones are still popular in Asia. The new batch announced by the company includes the Nokia 2660 Flip, which also runs the company’s S30+ system. Inside, it follows pretty much the same datasheet specs as the Nokia 8210, shown above. That means it has a 2.8-inch QVGA screen, a 0.3 MP rear camera, 128 MB of internal storage, 4G connection and, of course, the snake game.

When closed, the phone sports a small screen that displays the time and some notifications. The model’s buttons are large and the company says that the Nokia 2660 Flip “has been rigorously tested to ensure its durability”. The model also has a dedicated emergency button, which allows the user to get in touch quickly. The launch price is also US$ 59 (R$ 320 in direct conversion).

Nokia 5710 XpressAudio was the most different model presented — Photo: Reproduction/Nokia

The Nokia 5710 XpressAudio was based on the classic Nokia 5310, a cell phone from the company that was successful for bringing buttons dedicated to music playback. The 2022 model comes with a unique feature: a pair of wireless headphones that can be stored and recharged in the device itself.

Despite its vocation for music, its storage is only 128 MB, which can be expanded with a microSD card up to 32 GB. The model comes with Bluetooth 5.0 and a 2.4-inch screen and the company has focused on resistance. Nokia says the device “has been rigorously tested to ensure it stands up to our exacting durability standards.” The price of the cell phone with the headphones is US$ 80 (R$ 440 in direct conversion).

With information from Nokia and GSMArena

Meet in the video below the Nokia 800 Tough, the “indestructible brick” cell phone 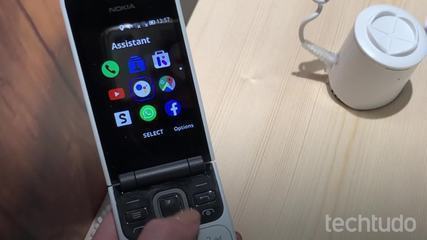 Nokia 800 Tough, the indestructible brick, and Nokia 2720; know the news