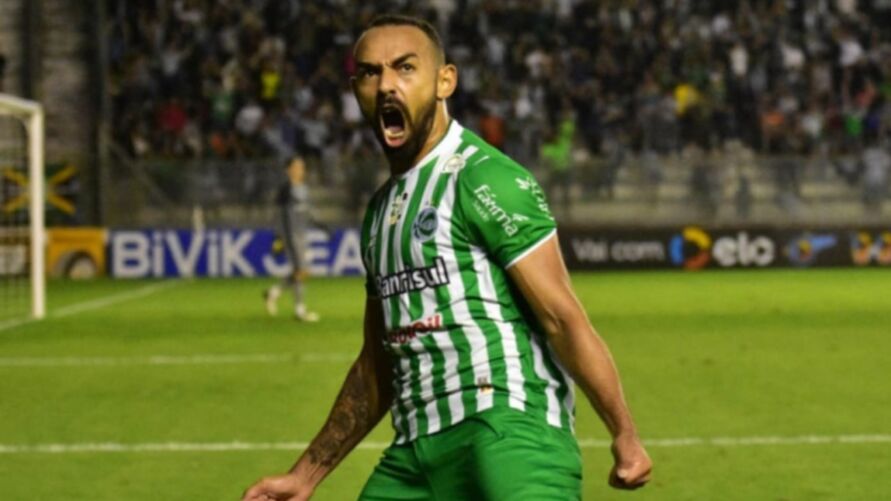 Paysandu and its new attacking bet

The PSC had eight forwards in their squad. Hired the 9th yesterday. It’s Dalberto, 27 years old, who played some matches in Serie B for CSA. He has a history of stints in some well-known clubs, but without major prominence. The idea is to solve the problem of the attack, after it was decided that Danrlei still is not able to act fully.

The other forward, Pipico, hired two months ago, has not scored so far and has lost ground after participating in two games. In addition to him, the cast already includes Marcelo Toscano, Marcelinho, Robinho, Marlon, Dioguinho, Serginho and Alessandro Vinícius.

Dalberto, it’s good to clarify, he’s not a born scorer. He works in attack, but from the sides, preferably on the right. The team where he was the most area attacker was Juventude, for which he faced Remo and PSC in Série C 2019. He was also, without greater brilliance, in Coritiba, Sport and CSA in the last two seasons, making 42 matches and scoring three goals.

The expectation is that Dalberto arrives and finds space in the team assembled by Márcio Fernandes. With fast players from the middle to the front, PSC show a clear offensive vocation, so much so that they scored 24 goals in the 14 rounds of Serie C and have the top scorer of the competition (Marlon, 7 goals).

At the club, there is hope that Dalberto, more or less like Nicolas, who came to Curuzu as an attacking midfielder and became a fake quality striker, will be a more aggressive partner for Marlon and Robinho. Toscano, who has been playing in the central lane, is not an expert in area play.

Márcio Fernandes has always enjoyed playing with good forwards on the side. He brought Marcelinho, who had worked with him in Londrina, but the player did not take off. Another alternative was Pipico, of different characteristics, but the problems remained.

In the area, the crowd’s favorite was always Danrlei, for his race and the many goals, but he ended up losing ground due to serious physical problems.

Dalberto comes to reinforce the attack that will compete in the group stage of Serie C, which defines access to Serie B. In fact, a physically stronger team will be needed at the front, although so far the mobility system that connects midfield and attack has worked very well.

Lion has little time to find the plumb again

The changes determined by Remo’s board, removing five players (Rodrigo Pimpão, Fernandinho, Kevem, Lailson and Jorge Pazetti) as a result of the defeat to Atlético-CE, will only make sense if, from the next appointment, the team shows the commitment charged by coach Gerson Gusmão himself.

If apathy remains as the main mark of the team, as in recent games, it will be clear that the disciplinary measures were insufficient to solve the club’s internal problems.

Professionals must have commitment and dedication to fulfill their obligations. The goal established by the club in Serie C was to gain access to Serie B. Efforts were directed in this direction, with investment superior to most other clubs in the championship.

The project is making water. The initial bet on Paulo Bonamigo proved to be wrong, as in Série B 2021. The route correction was made, but it needs to be carried out with Gerson Gusmão. So far, after three games, the new coach has not really managed to impose his style.

Against ABC, on Sunday, at Baenão, there is an imperative need for a victory. With 18 points won, Remo needs to earn at least 10 more to qualify for the next one. For that, they will have to win the three matches at home and draw against Botafogos (PB and SP), away.

The fight from now on is to reduce the error rate to a minimum. A difficult task for a group with no identity, organizational difficulties and which lost the least amount of rapport they had with Bonamigo. The board goes out in search of reinforcements to supply the departure of the five.

The few players available do not fit the profile sought by Remo. Either they are too expensive or they technically don’t have the features you’re looking for. The fact is that the critical midfield sector remains the main point of concern. The midfielders Albano and Anderson Paraíba did not work and Erick Flores is going through a bad phase.

To complete the litany of problems, the idol Vinícius lives in astral hell and must leave the team for a period of technical reconditioning. Zé Carlos, who defended Águia in Parazão, should be the new guardian, already to debut on Sunday. Fireproof and high responsibility mission.

Goose is reborn late and makes the Flo shine

The Copa do Brasil is allowing, in the games of the round of 16, that generous possibility of observing the strengths of national football in a knockout tournament, when virtues and defects are more exposed.

From the games I watched, Fernando Diniz’s Fluminense wildly shows the fastest, most efficient and objective football, without ceasing to be very beautiful to watch. With only one player on the field: Goose.

At 32 years old, the midfielder from Pará is in an inspired phase. He makes precise passes, throws corners always at the future point – and right. It was like that the day before yesterday against Cruzeiro, when he bent the marking and left his teammates in front of the goal several times.

I can’t help but have a dubious feeling when I see Goose parading class and elegance. First, comes the willingness to give a standing ovation. Then, the realization that it could be the last seasons of a distinguished player, who deserved much more.

Maybe he didn’t even realize it. For about ten years he practically retreated into a bureaucratic, lackluster style, like self-punishment. He woke up in the Flu since last year and is now exuberant, under Diniz’s command. Better late than never.