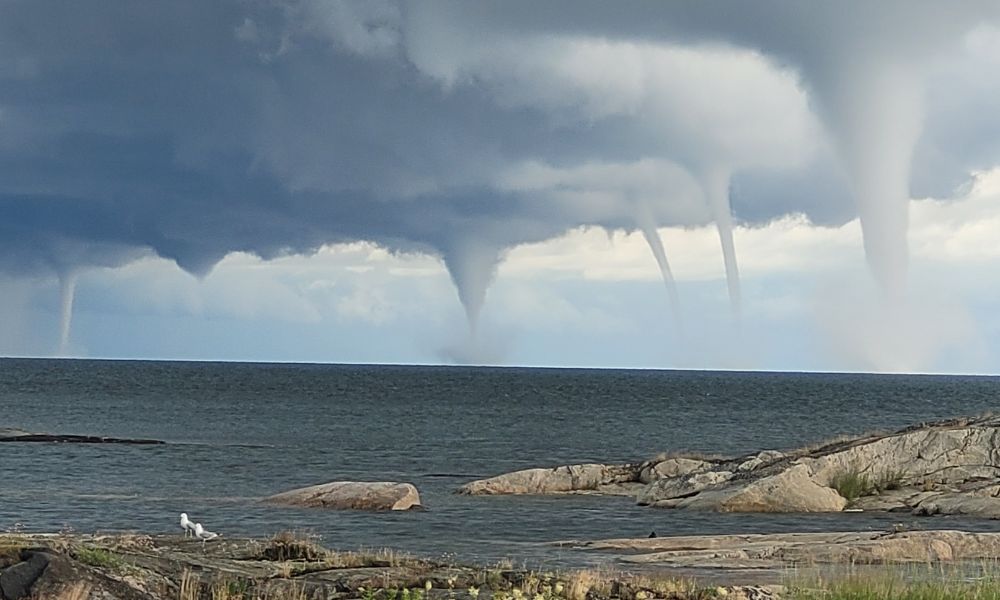 Episode was recorded by the Coast Guard over the weekend and went viral on social media.

Reproduction/Twitter/@merirajaWaterspouts can be formed by river, sea, lake or ocean

A rare phenomenon occurred in the Finland West last weekend. Seven waterspouts formed simultaneously over the ocean on the southwestern coast of the country. The feat was shared by the Coast Guard on its Twitter account. “Over the weekend, there were spectacular tornadoes that broke the sea surface in the maritime area between Pyhämaa and Kustav that can be destructive at sea and on land,” they wrote. “At the same time, thrombi were visible at their best. The photo was taken by an LSMV employee in North Åland,” they added. A waterspout is a meteorological phenomenon that can form over a river, sea, lake or ocean and is formed by a body of water. In addition to the photo shared by the Coast Guard, it is also possible to see the phenomenon in a video made available by an internet user.