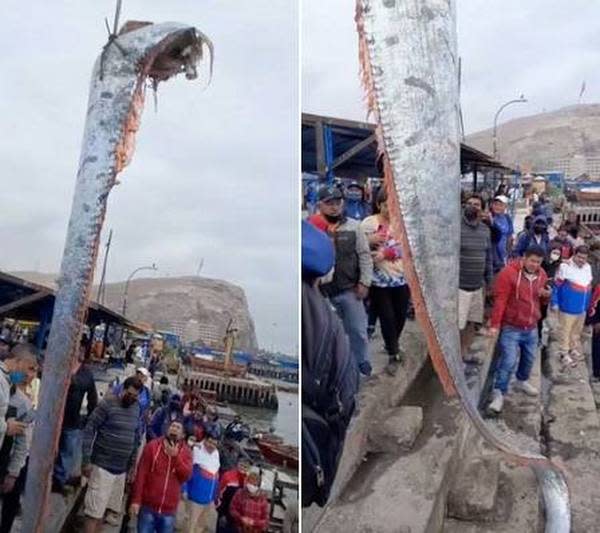 Understand why the appearance of oarfish causes fear in Chileans

A rare fish was caught off the coast of Arica, Chile, last Friday morning. Called the oarfish, the animal does not appear often in the region and is linked to a popular Japanese legend that puts it responsible for attracting tsunamis, earthquakes or cyclones.

Unseen: Van Gogh Self-Portrait Discovered Behind Another Painting in Scotland

The legend resurfaced in 2011, with the tsunami on the island of Honshu, off the Pacific coast, when one of these animals reappeared after years without being seen in the region. According to the belief, the fish lived in the depths of the waters near a Japanese island and, when it decided to return to the surface, it was responsible for earthquakes, being called the “messenger” of the palace of the god of the sea. However, science has not yet confirmed these popular beliefs.

The Fisheries Development Institute (IFOP) collected samples in order to understand the reasons why it may have appeared on the coast. According to the institute, the presence of the animal on the Chilean coast is very unusual. The animal belongs to a class of fish with large bones and usually live between 200 to 500 meters deep, but have already been found at 1,000 meters.

On social media, you can see images of the long, bony fish being hoisted by the head as fishermen transfer it to land. The fish was 5.8 meters long.

Previous Find out how to send an anonymous message through Instagram
Next With her first big movie role in “Don’t Make Me Go,” Atlantan Mia Isaac, 18, is on the move