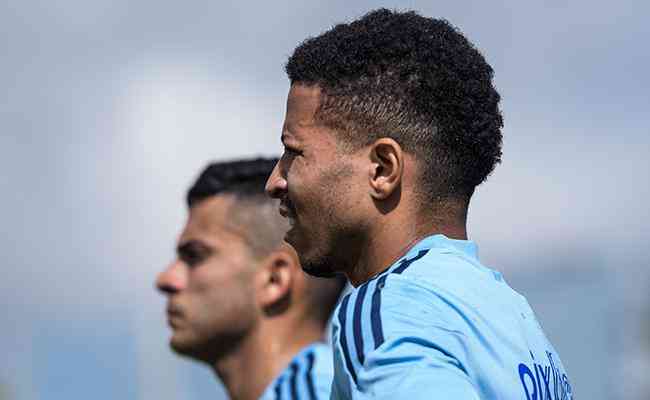 Waiting for the window, Cruzeiro’s reinforcements train with a group at Toca; watch

The three reinforcements of Cruzeiro already announced for the sequence of the Series B of the Brazilian Championship trained with the group this Thursday (14), at Toca da Raposa II.

Raposa’s communication department released a video with the main moments of defender Luís Felipe, left-back Marquinhos Cipriano and striker Bruno Rodrigues in the activity. Watch in the player below.

It is worth remembering that the three will only have legal conditions of play from the moment their names are published in the CBF’s Daily Newsletter (BID). The registration window will be open between July 18th and August 15th.

If everything goes as expected, Cruzeiro, Luís, Cipriano and Bruno will be authorized to debut with the celestial shirt in the duel against CSA, on July 20 (Wednesday), at 19 pm, at Rei Pelé, in Maceió-AL, for the 19th round from Serie B.

Focus on Serie B

Before this game, also for the national competition, Cruzeiro has a commitment against Novorizontino, for the 18th round. The duel will be this Sunday (17), at 4 pm, at Mineirão.
For this commitment, coach Paulo Pezzolano will not be able to count on midfielder Willian Oliveira. He suffered a dislocated shoulder during the elimination of Cruzeiro in the Copa do Brasil – defeat by 3 to 0 for Fluminense, last Tuesday (12).

Willian will not need to undergo surgery, but will miss Cruzeiro in the next rounds. On the other hand, Pezzolano wins the returns of right-back Geovane and midfielder Neto Moura, who missed the celestial team in the duel against Tricolor.

Against Novorizontino, Cruzeiro will try to get back on the winning path. After a long sequence of triumphs, the celestial team drew with Ituano (1-1) and lost to Guarani (1-0) and Fluminense (3-0, for the Copa do Brasil).