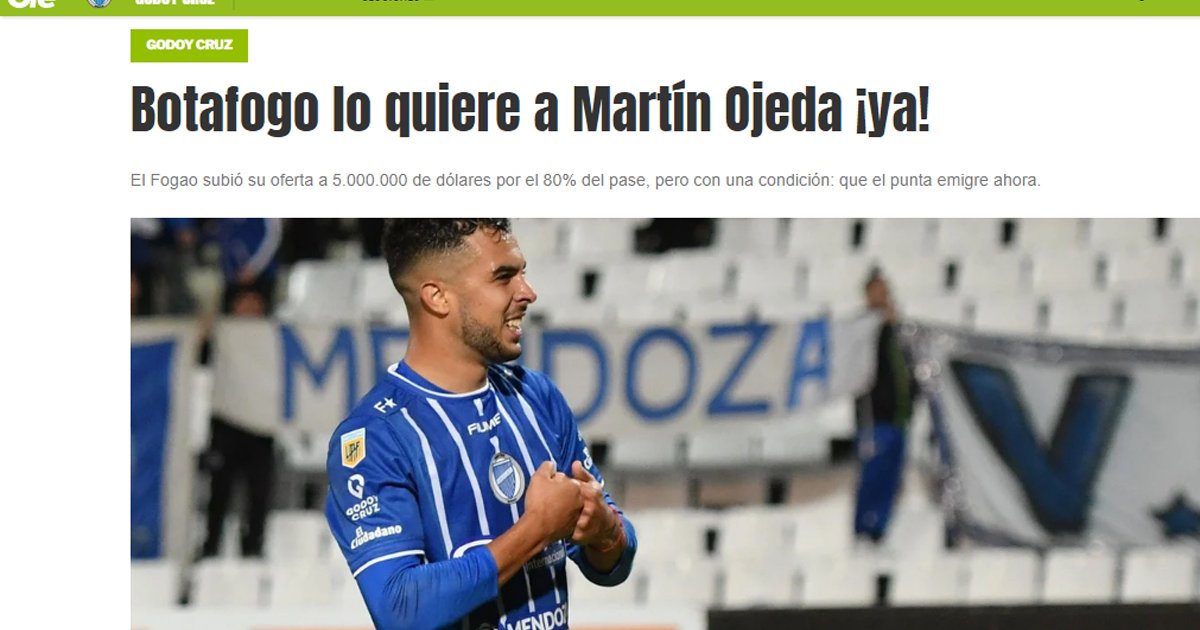 the interest of Botafogo in Martín Ojedaof Godoy Cruz, to reinforce the team in the second half of 2022 is nothing new for anyone. But Glorioso’s last attack by the attacker, who reached 5 million dollarsgained prominence in “Olé”, the main sports newspaper in Argentina, this Wednesday (13/7).

The report took a ride on what previously reported on the “Lance!” website, which published that the increase in the alvinegra offer requires the immediate release of the 23-year-old player.

Godoy Cruz lives drama on and off the field

The Argentine newspaper also reports the complicated situation that Godoy Cruz is experiencing in the national championship. The club from Mendoza is one of the most compromised in the “promedios” table, a criterion used to define relegation in the local league. That’s why the departure of such an important player for the squad during the competition worries the board of “bodeguero“.

Despite the apprehension on the part of the leaders of Godoy Cruz, the article also highlights that the club is not in a good financial situation and accepting Botafogo’s proposal, classified as “tempting”, is an interesting option at the moment.

The “Olé” complements the text by informing that the Godoy Cruz must make a decision during the week. If they accept the offer, the team will have to try to find a reinforcement that matches Ojeda’s height in the market. until the 8th of augusta tight deadline and, no doubt, another factor adding to the drama to the west in the neighboring country.