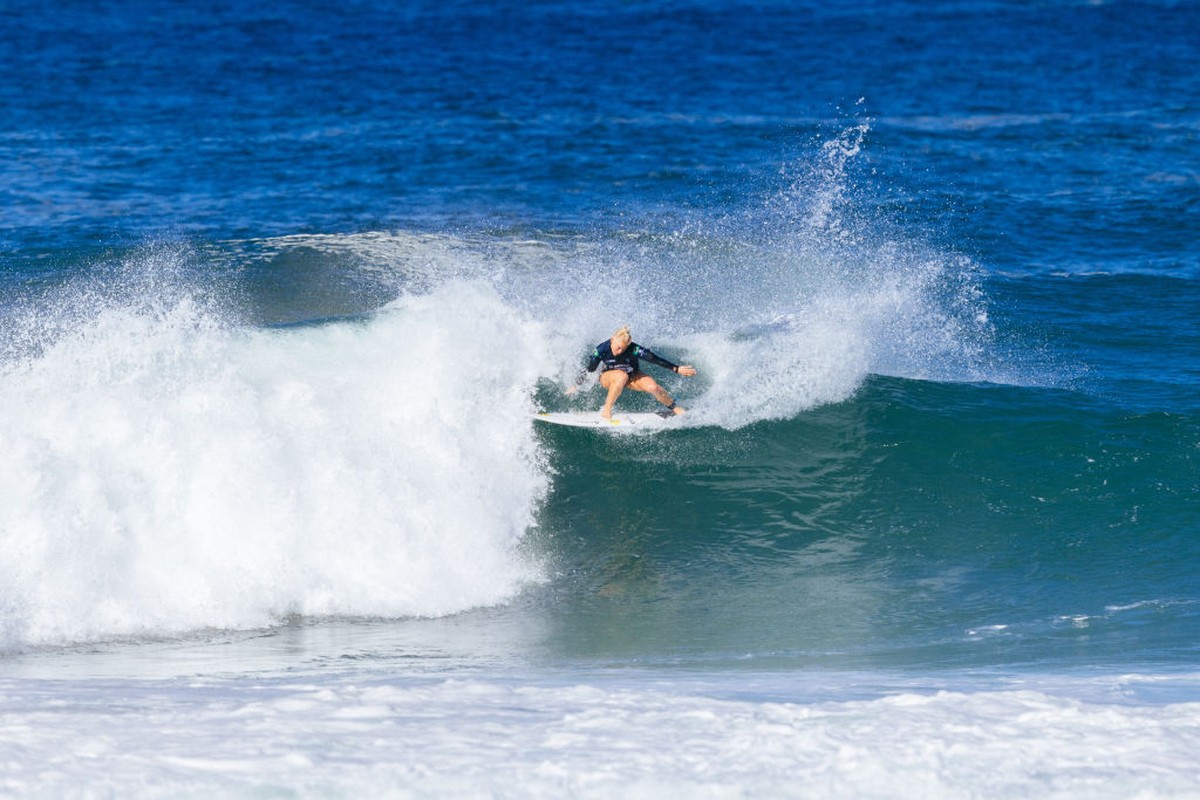 Tatiana Weston-Webb continues to give a surf show in South Africa. After winning her debut heat at the Jeffreys Bay stage, the Brazilian defeated Costa Rican Brisa Hennessy by 17.20 to 13.67 this Thursday, in the quarterfinals, advancing to the semi with authority. The Brazilian’s opponent will be the leader of the ranking, the Hawaiian Carissa Moore, who beat the American Caroline Marks in the previous heat.

+ Italo Ferreira advances to the quarterfinals in J-Bay; Filipinho is eliminated

The duel will be a re-edition of the Rio Pro semifinal, in Saquarema, when the surfer from Hawaii got the better of the Brazilian, taking the title in sequence.

The other semi will be between Australians Tyler Wright and Stephanie Gilmore. Tyler eliminated Frenchwoman Johanne Defay in the quarterfinals with a 14.00-11.76 victory. Stephanie, in turn, beat Hawaii’s Gabriela Bryan by 16.26 to 12.17.

The finals – both women’s and men’s – should take place this Friday, Monday, according to the WSL (World Surfing League). The first call will be at 2:30 am (7:30 am in South Africa) with sportv2 broadcast and real-time monitoring on ge.

Brisa Hennessy started better, catching a good wave of 7.17. Tatiana didn’t give up and responded with a beautiful 7.83, with the right to attacks on the lip of the wave. The Brazilian’s advantage, however, did not last long. Minutes later, the Costa Rican got a 5.50, regaining the lead. Tatiana, in turn, didn’t let it go. With 14 minutes to go, the gaúcha landed a beautiful right and took 7.93 from the judges, returning to first place.

Needing an 8.59 to turn, Brisa surfed to a 4.83 minutes later. However, two minutes from the end, Tatiana Weston-Webb found the best wave of the heat and received a 9.27, burying any chance of a reaction from the Costa Rican. Not having much to do, Brisa still surfed to a 6.50, saying goodbye to Jeffreys Bay with a 17.20 to 13.67 loss.

Tatiana Weston-Webb in the quarterfinals at J-Bay — Photo: Reproduction