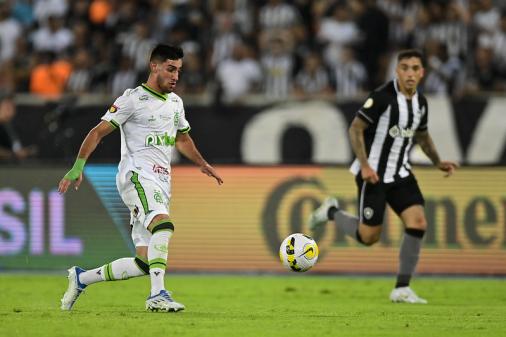 Classification with authority. O America-MG won again the Botafogo on Thursday night, he beat his rival by 2-0, ended any chance of partying by the white-and-white fans at the Nilton Santos Stadium and qualified for the quarterfinals of the Copa do Brasil. Felipe Azevedo and Pedrinho scored the goals.

Now, Coelho waits for the draw to find out who will be the opponent in the next phase of the competition. Meanwhile, he will return to play next Sunday against Bragantino, at 7pm, at Independência, for the Brasileirão. Botafogo will measure forces with Atlético-MG on the same day, but at 6 pm, at Nilton Santos Stadium.

CAVICHIOLI APPEARS
Botafogo showed signs of hope. Pushed by the crowd, the team pressed on and the start was encouraging, with the team going up and putting a strain on América. But soon a hero candidate appeared: Matheus Cavichioli.

The goalkeeper made two great saves – including one at the angle – in shots by Lucas Fernandes to avoid what would be a Botafogo goal in the first minutes of the match.

LOCK ON REMOVAL
Botafogo who pressed, but America who smiled. In a move led by Henrique Almeida, the striker scored with Pedrinho and crossed in the measure for Felipe Azevedo to open the scoring, further increasing Coelho’s advantage.

The crowd, which until then was wasting their lungs to support the team, was discouraged. The eventful first half was without emotion and America went to the break with a big advantage.

IT’S THE BUNNY!
The scenario got even worse for Botafogo. América started to adopt counterattacks and one of them turned the second goal. Matheusinho found Pedrinho, who easily passed the defense of Alvinegro and finished in the corner of Gatito Fernández.

Botafogo even tried to put pressure on at the end of the game, but stopped again at Cavichioli, one of the names of the match. In the end, the party in Rio de Janeiro was by Coelho, with a classification to leave no doubt.

Previous Second year of “Only murders in the building” has a sensational turn
Next Justice League 2 will have 14 heroes, according to rumor; see names