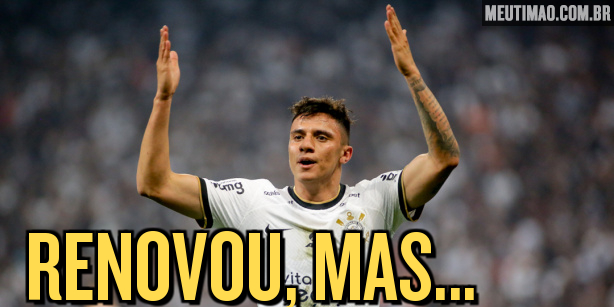 This Friday afternoon, Corinthians published the contract renewal of striker Gustavo Mantuan in the CBF’s Daily News Bulletin (BID). The procedure was agreed with the player before his departure, on loan, to Zenit, in a negotiation that involved the arrival of center forward Yuri Alberto to Corinthians.

The new contract will be detailed in the coming hours, with the update in the São Paulo Football Federation system, which takes place later this Friday afternoon. The trend, however, is for the bond to be extended until the beginning of 2027, as anticipated by the My Helm.

It is important to note that the renewal was one of the player’s requests before moving on to the Russian club. In addition to this condition, Mantuan also requested a contractual clause of immediate return to Brazil in case of need. It is worth remembering that Russia is still at war with Ukraine.

Mantuan is due to travel to Russia in the next few days to consolidate his transfer to Zenit. In addition to him, goalkeeper Ivan also leaves Corinthians on the same loan terms with the possibility of buying at the end of the contract.

Yuri Alberto, the counterpart of the pair of players in the negotiation, is getting closer and closer to his debut for Corinthians. The trend is that the player will be available to coach Vítor Pereira on July 20, in the duel against Coritiba, for the Brazilian Championship. He already trains normally with the group.

See the Corinthians publication on the IDB