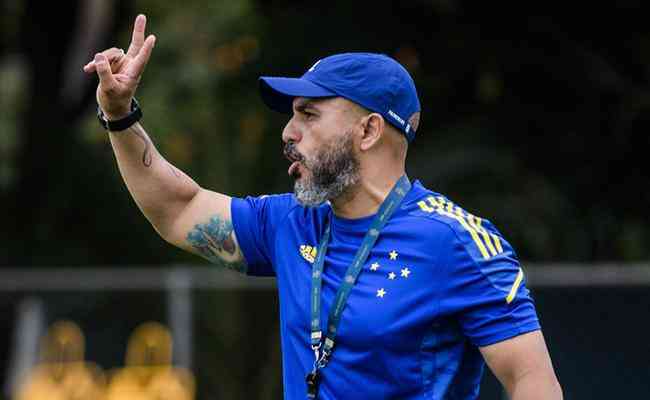 “Every game is special, not just this one. Of course, there’s an extra factor because we’re going to face the leader, the stadium will be full, this generates greater expectations and the weight of a positive result for us is bigger”, he added.

In an interview after the 1-0 defeat to Guarani last Saturday, Paulo Pezzolano praised Rafael Guanaes’ work at Novorizontino and highlighted his knowledge of the star team.

“He’s doing very well, but he knows everything we’re trying to do and he knows our thinking. We have to know how to play this game,” said the Uruguayan coach, who showed serenity about Cruzeiro’s future in the Brazilian Championship.

Passages from Guanaes through other clubs

Graduated in Physical Education from Campbell University, in the United States, Rafael Guanaes has licenses A and B from the CBF coaches course and is currently in the process of obtaining the PRO. He is also accredited by the ATFA (Association of Argentine Coaches).

In addition to taking the Tombense Second Division of the Brazilian, Guanaes was champion of Maranhão for Sampaio Corra, Copa Paulista for Votuporanguense, and Paulista Series B (equivalent fourth division) for So Carlos. The commander also climbed Joseense, from So Jos dos Campos-SP, Series A3 of the state.

Created in 2010 after the sale of the former Grmio Novorizontino (founded in 1973) to a group of investors, the current Novorizontino, a club-company, tries to develop management as its main brand.

Since its resurgence, the club has had a streak of six hits in just over a decade. In the year in which it disputes the Series B for the first time in its history, however, the team ended up being relegated in the State.

“The fall in Paulisto was something far out of the way, because Novorizontino is a very organized club (…) For Srie B, the idea was to have a new perspective, I arrived with this mission”, explained football executive Thiago Gasparino.

“We have profoundly reformulated the squad, with 14 dismissals and 17 signings and we plan to reach the end of the 1st shift in a comfortable position, far from relegation. Today we are in 8th place in the table, very close to achieving this goal”, added the manager.

Previous Understand why the appearance of a gigantic oarfish causes fear in Chileans (video)
Next Johnny Depp asks judge not to answer Amber Heard, who wants to dismiss lawsuit