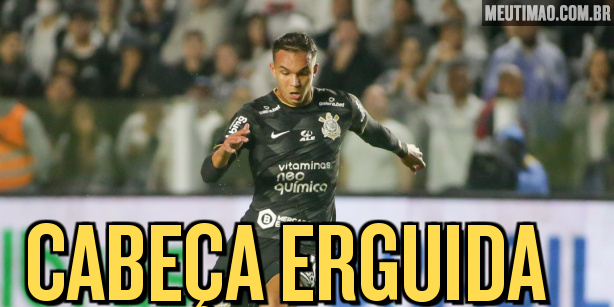 Corinthians managed to qualify for the quarter-finals of the Copa do Brasil, last Wednesday night, eliminating Santos. The Corinthians striker, Giovane, used his social media to celebrate the vacancy won and regret a goal missed during the classic,

“Happy for the classification! Grateful to God for the opportunity, I recognize the chance I missed, but I’ll work hard for the next one I have to get it right! God in front always!!! Go Corinthians!”, commented the young man. – see post below.

Giovane entered the match ten minutes into the second half, replacing Róger Guedes. The youngster wasted a great opportunity to score in the 17th minute of the final stage. The striker came face to face with the opposing goalkeeper and ended up kicking it out, missing the opportunity to open the scoring and score his first goal with the Timão shirt.

Coach Vítor Pereira commented on his athlete’s missed chance. The coach understood the wasted opportunity and said that it is natural to miss the goal because anxiety gets in the way at these moments.

Corinthians agreed to buy Giovane, who was on loan from Capivariano. The alvinegra team had competition to be able to keep the player, in recent weeks a French club, which was not revealed, showed interest in buying the striker permanently.

The 18-year-old is still part of the Corinthians Under-20 team, but has been used by coach Vítor Pereira in the main team. This season, Giovane has already played eight matches and started one for the Timão professional.

See more at: Corinthians vs Santos and Copa do Brasil.

Previous Johnny Depp made music to attack Amber Heard
Next Instagram bugged? App is closing by itself today (14)