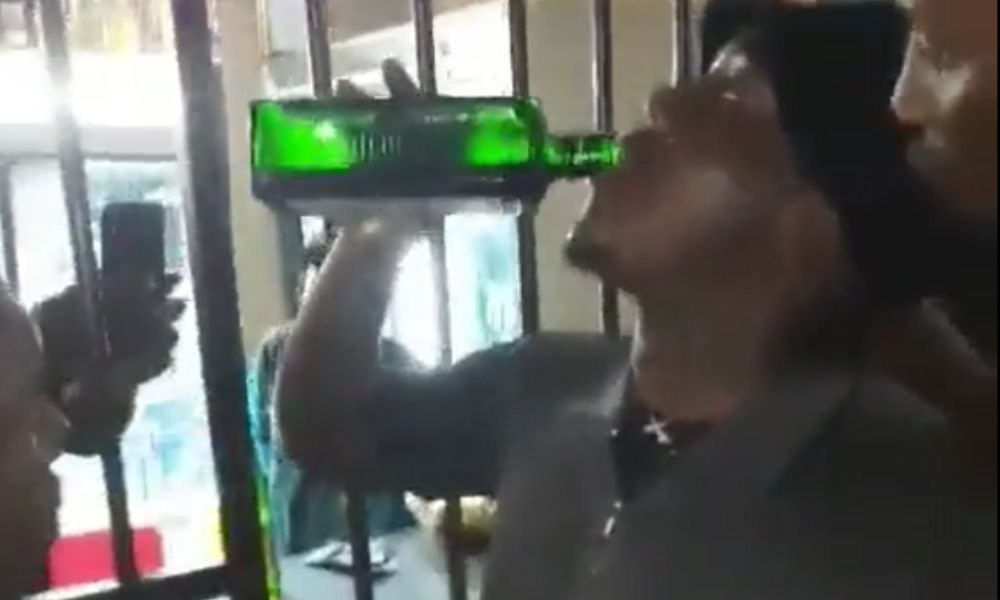 Victim was 23 years old and participated in a challenge to win 200 South African rand (R$ 63); case was recorded by a video and shared on social media

A 23-year-old man died after drinking a bottle of Jagermeister liqueur in less than two minutes. He was taking part in a challenge in the village of Limpopo, in South Africa to win 200 South African Rand (R$ 63), according to the South African website Independent Online. The case was registered on Sunday, 10. In a press interview, the police chief, Motlafela Majapelo, reported that “customers participated in a drinking competition in which whoever managed to drink an entire bottle of Jagermeister in a specific time, would win 200 rand. ” and added that the participant fainted shortly after he had finished drinking the liquid and was taken to the hospital, but arrived lifeless. The drink has an alcohol content of 35% and is usually sold in 700 ml bottles. On social media, a video that shows the moment of the incident was shared and it is possible to see that the man, who has not been identified, appears drinking the liquor and passes out. The police are investigating the case.

A 23 years old man from Mashamba village in Sale collapsed and later died after consuming 1 bottle of jagermeister. pic.twitter.com/PFQwpLnhh9

Previous Instagram bugged? App is closing by itself today (14)
Next ‘The Umbrella Academy’: New Season 3 Clip Introduces Us to Sparrow Academy; Check out!