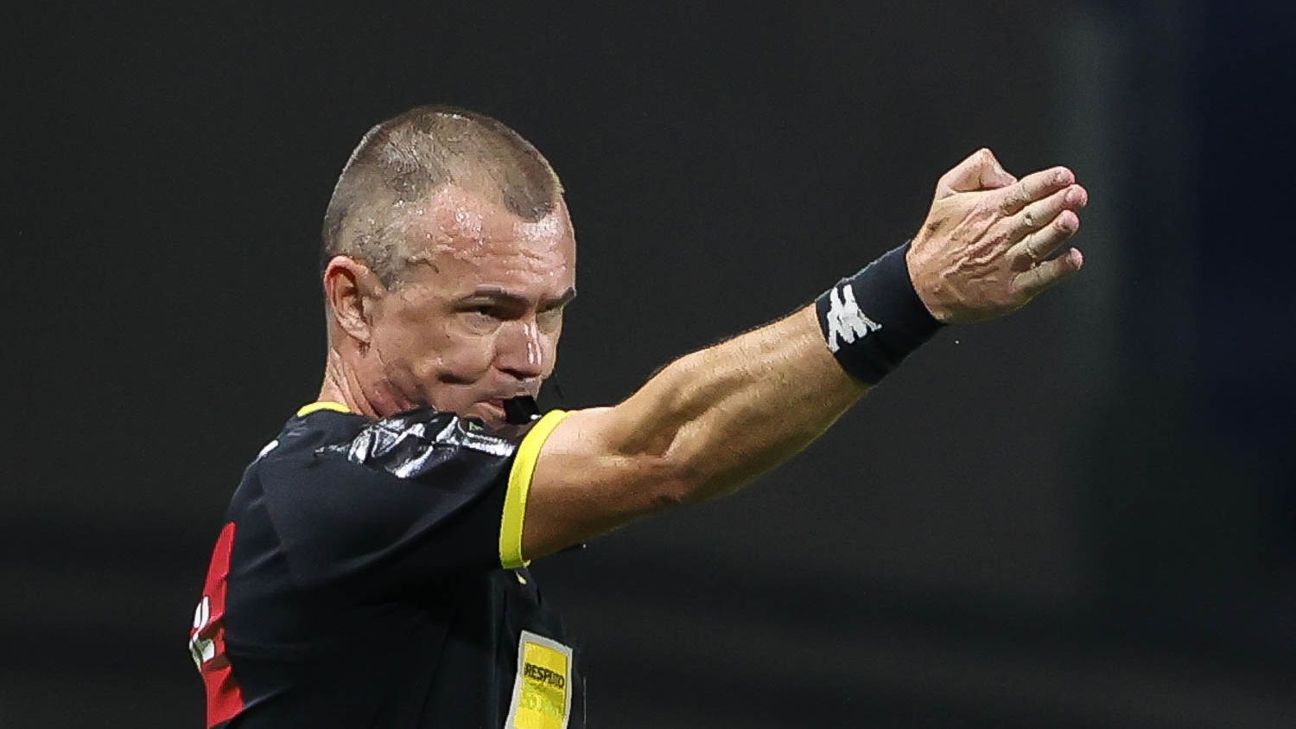 Palmeiras will go to CBF to complain about Vuaden’s arbitration against São Paulo; see contestations

According to the ESPN.com.brO palm trees will send a letter to the CBF (Brazilian Football Confederation) this Friday (15) to contest the arbitration of Leandro Pedro Vuaden at elimination to São Paulo, this Thursday (14), for the round of 16 of the Copa do Brasil.

The Palestinian board understands that the judge from Rio Grande do Sul lacked discretion in not scoring a penalty Diego Costa in Duduin the 1st half of the game, at the same time that he marked one of Gustavo Gomez about Calleriin the complementary step.

The top Palestinian summit still claims that there was misuse of VAR in the game, with Vuaden being called to check a move that, in the opinion of the alviverdes, was debatable, while the video referee should only summon the head judge in case of a clear error.

In the bid involving Gómez and Calleri, Vuaden initially did not give the penalty, stopping the game after the Argentine touched the ball. After the review, however, he signaled the Paraguayan penalty, which was converted by Luciano.

“One minute before there’s the penalty, in the next move there’s the opponent’s penalty that VAR scored, not Vuaden. And we have a penalty of the same level in the first half with Dudu. Each does the best he knows and can with the resources you have”, said the Portuguese.

On social media, many Palestinian fans still complained that Calleri was offside in the launch that started the penalty kick (see in the video above).

With this Thursday’s result, São Paulo advances to the quarterfinals of the Copa do Brasil and now awaits the draw to find out its next rival.

Palmeiras, on the other hand, gathers the pieces and focuses on the dispute of the Brazilian Championship and Conmebol Libertadores.